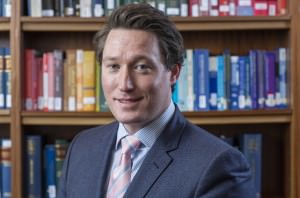 The firm has been awarded coveted ‘Top Tier’ status by the Legal 500 guide, which ranks and rates the best lawyers in the world.

The accolade is in the field of Dispute Resolution and Debt Recovery – and the firm has also been recognised in the Corporate and Commercial law, Commercial Property and Commercial Litigation legal disciplines.

Rob Aberdein, Partner and chairman of Business for Scotland, has again been personally recommended by the guide for his Debt Recovery work.

Jacqueline Law and Ritchie Whyte have also been handed personal recommendations in Corporate and Commercial for the second year running.

“It is a fantastic achievement for the firm to be recognised as one of the country’s leading debt recovery lawyers,” Mr Aberdein said.

“The Legal 500 is hugely respected within our industry and it is a significant step forward for Aberdein Considine to be included within it.

“We are particularly pleased that the researchers picked up on the regulatory advice we compliment our debt recovery service with. This is something we have invests in heavily over the past few years and a service which has become invaluable to a number of our larger clients in the banking sector.”

The Legal 500 series, which has been published for over two decades, is highly regarded by lawyers and clients alike due to its independent research-based assessment of law firm and lawyer capabilities.

In it, Aberdein Considine is described as “one of Scotland’s fastest growing law firms in Scotland”.

Its recognition in the Legal 500 comes just weeks after the Business Insider magazine ranked Aberdein Considine amongst the eight biggest law firms in Scotland.

Mrs Law, the firm’s Managing Partner, added: “With new offices in Aberdeen, Stirling and Glasgow opening during 2015, it has been another year of growth for the firm.

“We are delighted to see this growth reflected in these respected guides.” 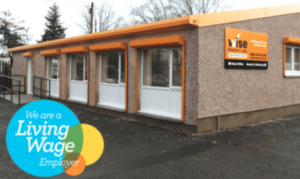 Wise Property Care has been officially recognised by the Living Wage Foundation as a Living Wage Employer.

CEO Les Meikle says he’s “delighted”, and that while they would have qualified for this status some time ago it’s nice to have the official seal of approval to let the public know their’s is a workplace committed to fair treatment and pay.

Les said: “At Wise Property Care we have always believed that a key aspect of a successful business is happy employees. For that reason we always try to reflect the gratitude we have for our employees with the wages we pay.

“Independent studies have found that more than 80% of employers who pay the living wage or above have noticed an increase in the quality of the work of their staff. This is vitally important to me because Wise Property Care have built our reputation on exceeding our clients’ expectations. With a happy and motivated work force that is willing to go the extra mile, we should always be able to achieve our ambitions.

“75% of employers also reported a significant impact on recruitment and retention within their organisation, along with a greater retention rate among contractors. Again, I find this to be significant. When we attract the best employees and contractors in the business we want to keep them in the Wise family.

“Now that we have full Living Wage status we will, of course, be letting people know about it. Livingwage.org sent us a nice plaque to put up in the head office, but most importantly we can now say that we are an official Living Wage Employer on future job advertisements, hopefully demonstrating the sort of company we are to future recruits to teamWise.”

Business for Scotland member Iain Taylor is heading for Ghana this week as part of a Scottish project to mentor and train SME owners in Ghana.

The team of six will spend 3 weeks in Kumasi – the country’s second city – working with 15 local businesses. Those businesses have already been identified as suitable by a pilot project. The range of activity of the recipient businesses is wide, from shoe making to fresh water bottling.

All the project members are giving their time voluntarily, and the expenses are being met by grants from Rotary Foundation, Rotary District 1010 and some Rotary clubs within the district, which covers most of Scotland north of the Forth/Clyde

The team will return to Kumasi in March to deliver a seminar programme and follow up on the mentoring undertaken in October.

Iain has 30 years of experience with SMEs in Scotland, both as a client during his career as a business lawyer and as the owner (or part owner) of law firms over that time.

Iain said about the project:“It’s great to be involved. It will be a huge challenge to adapt to local culture – in business and more widely – so we can deliver meaningful assistance.” 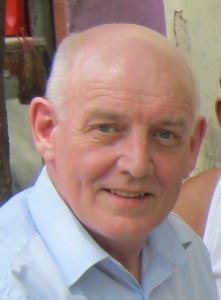 Business for Scotland member Malcolm Osborne has set up an office in Saigon to encourage trade between Scotland and Vietnam.

The Saigon Office is a partnership between Malcolm in Scotland and TuAnh Huynh Ngoc in Vietnam.

Malcolm, who has had a long career in business development,  said:”Having been a regular visitor to Vietnam in recent years, I was struck by the seeming  lack of presence of UK companies compared to the many Japanese names that appear in Ho Chi Minh City (Saigon).

“With the recent agreement between the EU and  Vietnam to remove nearly all tariffs on goods traded between the two economies it seems like a good time to set up an office to help companies who would like to do business in Vietnam.”

He has set up a basic website: www.thesaigonoffice.co.uk which, although live so anyone interested can have a look around, is still under development. You can get in touch with Malcolm if you’d like to know more about his venture or are considering setting up an office in Vietnam.

Low carbon technology developed in Dunfermline could transform the way utility companies purify water now that the ground-breaking innovation has been given the green light by the UK government.

The ESOL Generator designed by Bridge Biotechnology, which was shortlisted for a VIBES Award last month (September 2015), has this week been approved by the Secretary of State for use in public water supplies.

The generator, which is the first of its kind in Europe, produces ESOL, a unique disinfectant with the germ-killing properties of chlorine but which is safe to drink, kinder to the environment and less costly to produce.

It works by oxidising pathogens and is non-toxic, rapidly degradable and with broad-spectrum antimicrobial activity which kills well-known and hospital-acquired superbugs, such as E.coli, Cryptosporidium, Legionella and Clostridium difficile.

Until now, it has been commercially available in various other industrial sectors for use in surface cleaning, decontamination, food preparation, and transportable drinking water systems.

Now that it’s been given the go-ahead for use in drinking water, Bridge Biotechnology says ESOL opens up opportunities for water suppliers, health boards and more.

Nick Montgomery, Scientific Liaison Officer at Bridge Biotechnology, said: “ESOL’s new-found commercial viability for use in drinking water is a major step forward when it comes to innovation.

“It’s a great alternative for utility companies looking to make savings and boost their green credentials – especially now that the Scottish retail water market has been opened up to competition for the first time in history.

“The technology has been more than five years in the making and we’re delighted that we can now take it to market for use in public water supplies.”

Bridge Biotechnology is the sister company of Bridge Systems Ltd, a leading provider of solutions within the UK communications industry.

You can read more about this story in Scotland B2B.

The UK’s family businesses are part of the solution to a national ‘productivity puzzle’, according to the Bank of England’s chief economist, Andy Haldane.

Commenting on a major survey of the country’s family business sector conducted by Families in Business (FiB), Andy says: “Boosting the productivity of businesses holds the key to future growth and prosperity, not just for businesses themselves, but for the economy as a whole.”

He makes his comments in his foreword for ‘The Future Landscape for Family Businesses’, FiB’s 2015/16 annual guide and report on the findings of its recent survey.

“Productivity has, since the financial crisis, been puzzlingly weak among British businesses – family-owned firms are part of this productivity puzzle, and are part of the solution to it,” he adds.

“With so many of the UK’s small and medium-sized firms being family-owned, efforts to improve their efficiency, governance, skills and R&D could work wonders for these firms’ productivity, and for the economy’s health, at a time when it has never been more welcome.”

More on this in Business Quarterly.

Efforts to tackle Scotland’s digital skills gap should begin at primary school, according to a key figure within the IT sector.

Maggie Morrison, business development director for Scotland at technology group CGI, said the IT and telecoms sector contributes more than £4 billion to the Scottish economy, but the number of young people entering the industry is dropping.

“In Scotland the industry employs 80,000, with nearly 40 per cent working in software roles and an estimated 74 per cent of Scotland’s total workforce requiring some degree of digital skills in the workplace every day regardless of industry sector,” said Morrison, who has also worked for tech giants Cisco and Hewlett-Packard.

“Across Europe 100,000 jobs are being created every year. These are highly skilled, highly paid jobs and yet in Scotland thousands of vacancies remain unfilled annually because of a skills gap.”

In a speech to the Civil Service Live conference in Edinburgh this week, Morrison said one way of addressing the problem would be to change how digital skills such as coding are taught in schools, “starting with primary children”.

She added: “Everyone interested in Scotland remaining competitive in our global economy and in addressing the digital divide has a role to play – government, educators, parents, career advisers and the digital industry itself.”

Read more in The Scotsman.

Over the three months from June to August, 1,826,047 visitors were welcomed to heritage attractions throughout the country, an increase of more than 34,000 on summer 2014.

77 of Historic Scotland’s ticketed attractions set new visitor records over the three months, including five castles and a prehistoric village.

Another top performer included Doune Castle, which rose to international fame with its starring role as the fictional Castle Leoch in the Outlander TV series. The Stirlingshire castle has reported the back-to-back record breaking months, with an overall surge of 44% in visitors to 32,540 for the period.

Next month Historic Scotland and The Royal Commission on Ancient and Historical Monuments of Scotland (RCAHMS) will join to form a new lead public body, Historic Environment Scotland (HES).

“These latest figures highlight the important and diverse contribution made by the sector as we form a new lead heritage body for Scotland. HES will champion and celebrate Scotland’s past whilst making an important contribution to its present and future.”