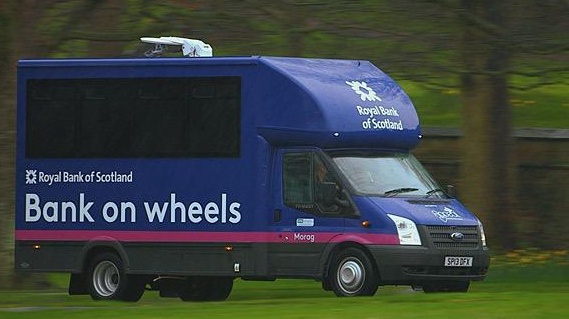 Scotland is the worst hit area in the UK for bank branches shut or scheduled to close between 2015 and 2018, according to new research.

Consumer organisation Which? has revealed Scottish bank customers have been hit with branch closures at a rate of two a week over the last four years.

In addition, Which? warns of a possible decimation of the free cash machine network. It says there are approximately 200 “cash deserts” in the UK, where there is no access to either a branch or an ATM within a reasonable distance – and around two in three are in Scotland.

It’s a worrying situation for businesses and consumers across the country, as highlighted in the recent Business for Scotland survey, which found significant market failures in the provision of local banking in Scotland.

47% of business owners questioned predicted that bank closures would have a negative impact on their business.

We anticipated that our members in rural areas would likely report difficulties, but the issues were the same for cash handling businesses in rural and urban areas right across the country.

According to research by Move your Money, local bank branch closures on average decrease SME lending growth by 63%. This figure is increased to 104% for those businesses that lose their last bank in town. On average, this amounts to £1.6million less funding for areas without a bank in town, which in turn has an impact on areas that already are under commercial and economic pressure.

Which? has now called for a “robust consultation” to take place to ensure the needs of banks’ customers are being met before their access to financial services is removed.