Scotland has a thriving and growing technology sector, on which the country depends for its future wealth generation and job creation. Over 1,500 Scottish tech firms were recorded in 2016, employing over 85,000 people and contributing £5bn annually to the Scottish economy.

Scotland’s technology firms benefit from being part of a thriving European ecosystem, which is poised to flourish further as the global digital economy evolves. Europe has developed impressive expertise in so-called “Deep Tech”: robotics, chips, artificial intelligence, data analytics, and the internet of things; and is well placed to benefit from the evolution from consumer applications to industrial applications of the internet.

Europe’s financing market has also grown significantly: £10.5bn was invested in European tech start-ups in 2016; and more than £1.8bn has been invested in the deep-tech sector since the start of 2015. Venture capital has been supplemented by foreign direct investment (FDI), with mergers and acquisitions of European specialists in deep-tech estimated at £71bn in 2016. A report by Atomico, a venture capital firm, in 2016 celebrated that;”The future is being invented in Europe”. Siraj Khaliq at Atomico further added;

There is an energy across Europe. It is almost like there’s another Renaissance going on.

The current situation: Scottish tech firms in the EU

Technology firms require ready access to large-scale markets, deep and diverse pools of talent and funding, and world-class research programmes. Figure 1 describes how Scottish technology companies currently operate within a large-scale EU economic network that links them to European customers, skills and funding bases, as well as complimentary European research, supply and production bases. It also shows how, in addition to the direct provision of European-level research and funding, the EU has provided Scottish tech firms with the necessary legal and regulatory frameworks to guarantee Single Market access and the freedom to freely recruit throughout Europe. 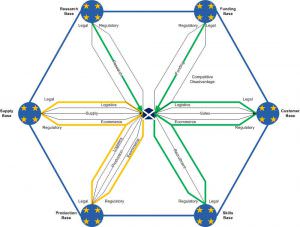 The Single Market provides tech firms with seamless access to a potential customer base of over 500m consumers, within which to scale-up their businesses. It also offers a strong science base to support research, and boasts 5 of the world’s top 10 computer science institutions. It similarly offers a deep reservoir of talent from which tech firms can freely recruit; there are some 4.7m professional developers in Europe, compared with 4.1m in the US. Fred Destin at venture capital firm Accel notes that the“fluidity, speed and simplicity” of finding people from across the EU is a big advantage. Deep funding is equally important; the European Investment Fund (EIF) invested £586m in the UK in 2015.

The consequences of Brexit for Scottish tech firms

When ScotlandIS surveyed its members immediately after the Brexit result; 49% expected their overall business environment to deteriorate as a result. Their feedback reflected the aforementioned concerns around market access and sales, recruitment, funding and regulation of data services. 75% expected a negative impact on sales and customer confidence and the ability to access skilled staff. 62% expected it would have an negative impact on exports, with a similar impact on their ability to attract investment expressed by 53%. Especially worrying was the finding that the referendum result had made 22% consider relocating their business.

Figure 2 illustrates how, as a result of Brexit, Scotland’s technology sector will see its core economic network dramatically contract. Barriers to Single Market access will be a significant threat, as will obstacles to free recruitment. Likewise, exclusion from European research participation and funding, and impaired access to venture capital and FDI will be major concerns. Hardware-oriented firms may also find their supply chains disrupted and product standards complicated. The impact will also be felt indirectly through the loss of a single European legal and regulatory framework. Overall, Scottish tech firms can expect to find themselves at a competitive disadvantage to firms based within the EU. 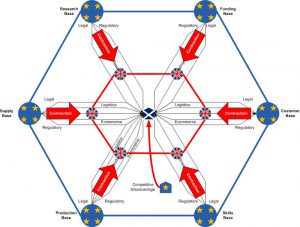 Figure 2: The threat of competitive disadvantage for Scottish tech firms as a result of Brexit

There has already been a discernible effect on the UK’s technology sector. For example, in the first four months after the Brexit vote, 44 small, early-stage UK start-ups claimed to be seriously considering moving away from London to Berlin, or had already moved, according to Berlin city officials.

Funding has proved to be an early casualty too, with 30 financial technology (fintech) firms having their funding cancelled or postponed in the first five months after the Brexit vote. Overall, venture capital funding for UK fintech companies fell more than a quarter in the year to September 2016. Of particular concern is the loss of funding from the EIF, which has invested more venture capital in the UK, relative to its GDP, than in any other big European country. According to Matthias Ummenhofer of Mojo Capital, the EIF’s withdrawal from Britain would be “devastating”.

However, as indicated in Figure 3, in the event that Scottish technology companies were able to retain or regain access to the Single Market, this would serve to sustain their position within a Europe-wide economic network. And it would also enable them to maintain competitive parity with other tech firms within the EU. Should rUK remain outside the EU, this would also confer a competitive advantage on Scottish tech firms vis-a-vis their southern counterparts. Furthermore, it would enable Scotland to offer a home to rUK tech firms wishing to retain access to the Single Market and continue benefiting from freedom of movement and on-going involvement in European research and funding. 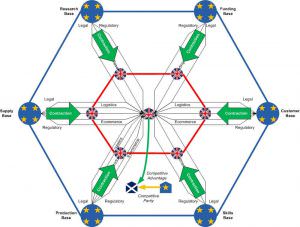 Figure 3: The opportunity for Scottish tech firms to have a competitive advantage over rUK firms

Similarly, Scotland would be able to offer a base to EU nationals running or working for rUK tech firms, where they would not be subject to the uncertainties and bureaucracy of rUK immigration policy. The demand from rUK tech firms could be significant: when polled, 70% of UK tech founders favoured remaining in the EU.  If they moved north to Scotland, the country could receive a significant economic boost, given the relative size of the rUK tech sector; in total, 1.56m jobs are supported by UK-based technology companies.

In turn, this could further boost Scotland’s tech industry which is already expanding. Currently employing more than 84,000 people, the sector is growing so quickly  it is predicted that it will create an extra 11,000 jobs per year until 2020.  If Scotland retains Single Market after Brexit this may further increase the process of expanding Scotland’s tech industry by firms relocating to Scotland and bringing skilled tech experts. If we lose Single Market access then that flow of essential skilled labour will be threatened and the sectors growth endangered.

Scotland’s technology sector has been one of the country’s great success stories, but it now stands at a crossroads. The sector’s future success increasingly hinges on its ability to remain at the heart of a European tech network that has done so much to nurture it; the implications for Scotland’s future prosperity couldn’t be greater.