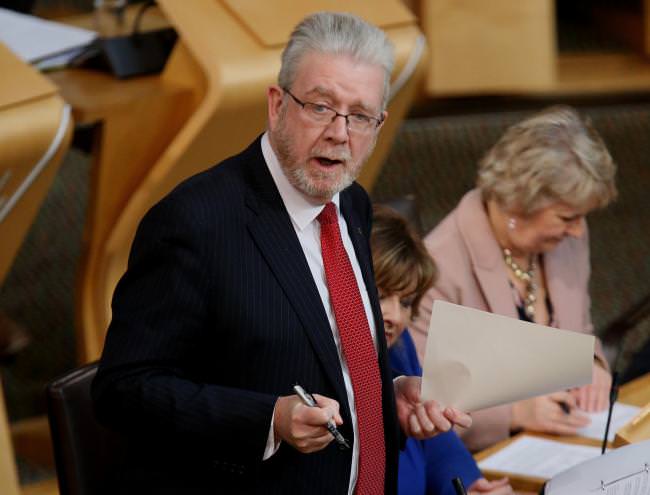 Last Wednesday, Scottish Constitutional Minister Mike Russell outlined additional details on the Citizens’ Assembly announced in April 2019. In this, he specified a timeline, selection process and remuneration.  The basic idea is for a cross-section of members of the public to listen to evidence and question experts from all sides of the constitutional debate in order to reach a conclusion about what they think Scotland’s future should look like. They will then make non-binding recommendations which the Scottish Government have said they will take extremely seriously.

Despite the potential for most people reading this to be selected, most are fairly unaware of what a Citizens’ Assembly would entail.

Citizens’ Assemblies are increasingly in vogue (especially in Scandinavian countries and Ireland) in response to a lack of trust in conventional political means to make decisions that represent the wishes of the public. It is hoped that greater direct democracy will restore people’s trust in the political process as well as introduce fresh perspectives to divisive issues.

Many on the pro-union side see the proposed Scottish Citizens’ Assembly as nothing more than politicking yet Mike Russell’s announcement indicates that there is an eagerness to have representation from all sides of the constitutional debate sitting on the Assembly. Furthermore, the appointment of Labour stalwart and former MEP David Martin as co-convener shows a desire for cross-party cooperation on this.

The plan is for 120 members of the public to be selected at random from the electoral roll, in a similar way to a jury, who are: “broadly representative of Scotland’s adult population in terms of age, gender, socio-economic class, ethnic group, geography and political attitudes“. The selected members will be appointed by early September, and will meet for six weekends by spring 2020.

The Assembly will be given three questions to examine:

To answer this, members will be able to question experts and other witnesses from across the constitutional spectrum across a wide range of political, legal and social issues.

There are a number of benefits for being selected. Participants will receive £200 per weekend in remuneration. But above this, the Scottish Government hopes that serving on the assembly will be seen as a privilege as it will allow participants to contribute towards a better collective future.

It is hoped that citizens’ assemblies may emerge as a solution to heal the fractured divide between people and representatives as well as between people of different political creeds.

Other countries who have tried and tested this form of direct democracy have widely considered the exercise a success. The Scottish plan is largely inspired by the Citizens’ Assembly in Ireland which was set up in 2016 to look at and make recommendations about controversial topics such as abortion, ageing population, and climate change as well as constitutional issues like how referenda are held and fixed-term parliaments. 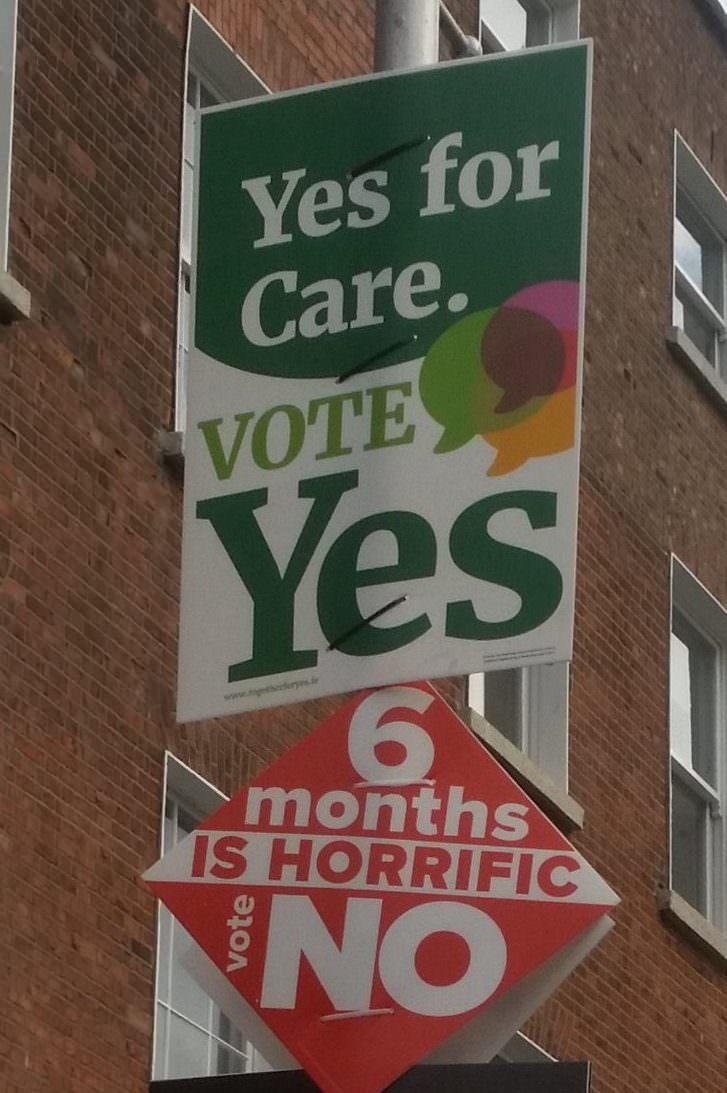 Campaign posters during the campaign

Their most famous recommendation, that Ireland should overturn its ban on abortion, resulted in Ireland voting 66:34 in favour of lifting the ban.

The Assembly was formed of 99 members who were selected at random but with the aim of representing a cross-section of Irish society. Participation rates were fairly high with only 17 of those who initially agreed to participate not attending any meetings and 11 dropping out in the process. They were replaced from a pool of substitutes. Members met on twelve occasions between October 2016 – April 2018, at a total cost of £2m.

It is not clear whether Scotland will replicate the exclusion of those who had previously campaigned or would likely go on to campaign for the issues up for discussion. This may be harder in Scotland where mobilisation in the official campaigns were high in the previous referendum. So far, only elected/appointed representatives, the staff of political parties, public appointees, senior civil servants and the officials of relevant advocacy groups have been announced as ineligible.

Citizens’ Assemblies have also been used to discuss electoral reform in Canada and the Netherlands, and in local councils such as Gdansk in Poland where assemblies are used to make binding decisions on important issues facing the city every three years.

The UK is also exploring the use of assemblies, with six Westminster select committees announcing plans to establish a Citizens’ Assembly on the topic of how to decarbonise the economy and achieve net-zero emissions by 2050.

Those who participate in citizens’ assemblies have seen it as a good forum for discussing fraught issues and finding common ground on these. Despite the fact that critics of the Citizens’ Assembly in Ireland were arguing it was a publicity stunt and then, when they recommend unrestricted access to abortions that it had gone too far, the referendum clearly showed that the Assembly reflected the attitudes of most people.

Scotland could certainly benefit from this type of forum. The constitutional question is a divisive issue in Scottish society and one which needs informed, respectful discussion. However, this requires all sides to participate and contribute to the debate. The move by the Scottish Conservatives and the Scottish Liberal Democrats to encourage those who support the Union to boycott is extremely harmful political rhetoric and demonstrates the lack of willingness to allow ordinary people to participate in the political process. Continuing with this track will only weaken the discussion and will end up being to their detriment.