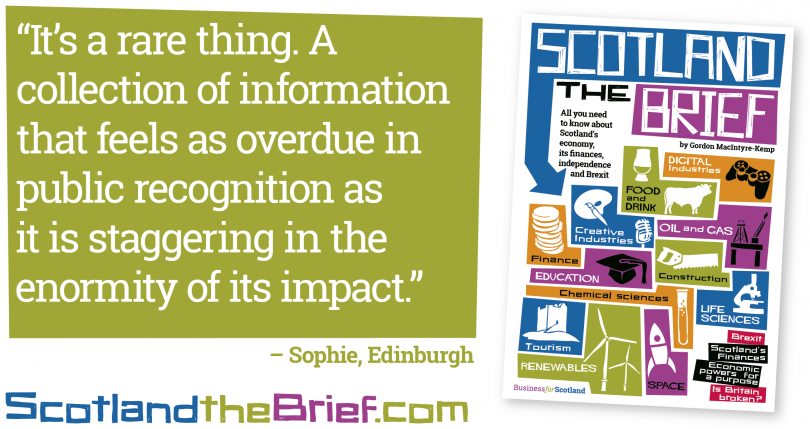 The new edition of Scotland the Brief is out NOW! Updated for 2023

“It’s a rare thing. A collection of information that feels as overdue in public recognition as it is staggering in the enormity of its impact.” Sophie – Edinburgh

“I have given both books to friends who didn’t think Scotland could be independent. They said they didn’t realise how rich Scotland actually was. They are happy with independence now which is great.” Caroline – Glasgow

“I thought I was well up on the case for independence – but this book is a revelation of just how strong we could be.” John, Stirling

You can test your knowledge and find out what you really know about Scotland’s economy and finances by taking our fun 4-minute quiz here. 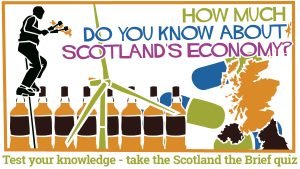