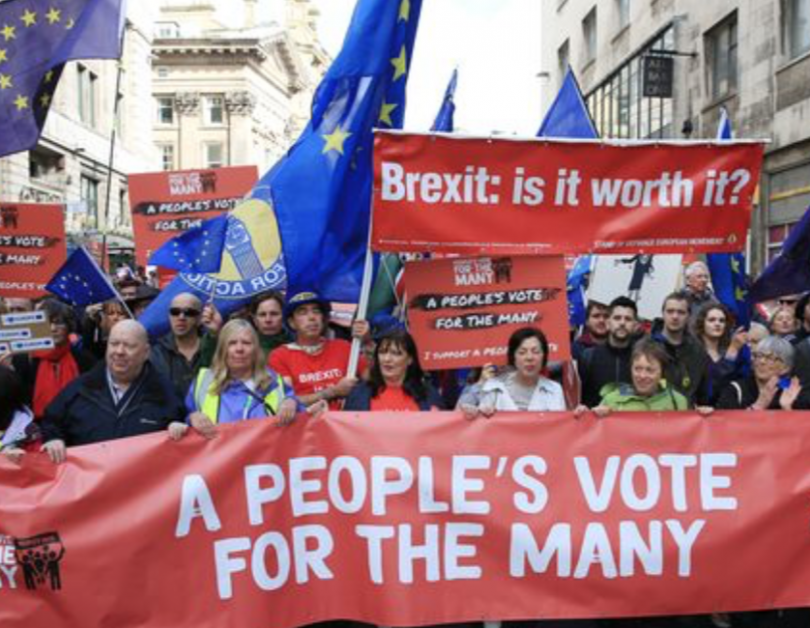 Last week was disastrous for UK Labour and even worse one for their Scottish branch. The Conservatives in disarray over Brexit gifted Labour an opportunity to present a united front, a clear message and project a level of professionalism to compare well to the party of Government. That’s objective number one for an opposition party conference, but Labour seem even less united and less professional than the Tories. They muddled their main policy discussion and showed their hand on Brexit, making it more likely that Theresa May will get her Brexit deal through Parliament to avoid a General Election (GE). The Conservatives on the other hands expect to have an Embarrassing Boris moment and Theresa May’ speech is gaining faint praise for – you know, “not being as bad as last years”.

Jeremy Corbyn said he is not ruling out “allowing” a second Scottish independence referendum to be held if he becomes prime minister. I still maintain a Corbyn premiership is highly unlikely, but the way the press reported this shows just how poorly they understand devolution. Saying that any UK PM will allow or consent to an independence referendum gives the misleading impression that they actually have a say on the matter. What they can do is refuse to agree a Section 30 order that would bind the Westminster Parliament to implement the result, as opposed to Westminster voting on it (as with the EU referendum).

Anything not specifically reserved to Westminster is devolved, so although the constitution is reserved, the collection of data and statistics is not – the Scottish Government can poll on any issue, it just can’t bind Westminster to enact it.

Corbyn’s stance was only news because it seemed to be a change of policy, given Labour’s “cast-iron guarantee” before the last Holyrood election that it would oppose a new referendum. However, it wasn’t a new stance, it was just Corbyn misunderstanding Scotland again.

Richard Leonard corrected his boss, saying Labour will commit to opposing a second independence referendum in its next UK election manifesto. This, he said, would give Jeremy Corbyn a mandate to refuse permission (he can’t) for such a vote to be held. He said: “We just had a referendum in 2014. We think that settled the will of the people of Scotland.”

Ah, okay, so you need a mandate in a manifesto to have or to deny a referendum, and one held four years ago represents the settled will of the people. So presumably a more recent referendum of only two years ago when you have absolutely no mandate from any manifesto means his party won’t support a second EU referendum?

Well, Labour voted overwhelmingly in favour of a motion saying that holding a second EU referendum should be an option. They want to defeat the Government first on their Brexit deal, force a GE, take charge and then take over negotiations and do their own deal. All before Brexit day at the end of March. Err, is that an elephant in the room holding a calendar? So at least we know that Labour’s plan is to win an election and go cap in hand to the EU and beg for an extension. Not so, says their Brexit spokesperson, Sir Keir Starmer: “I don’t think at this stage anybody is talking about extending Article 50.” That clarity only lasted a few hours till shadow home secretary Emily Thornberry stated that Labour should seek to extend the Article 50 period to delay Brexit after a GE win as “we cannot leave in the current circumstances”.

At least John McDonnell, the shadow chancellor, gave a clear message of what a second EU referendum question would be, by saying “any new Brexit referendum should not include the option of remaining in the European Union”. Clarity? Not a chance. Sir Keir Starmer decided to get in a flip-flop of his own in stating: “Nobody is ruling out Remain as an option.”

Labour’s leadership don’t want a second referendum, they want a GE that they can win (they won’t) and then to do their own deal. To get that election they must defeat Theresa May’s Brexit deal and they have just told the Tories how to avoid defeat by stating their six tests for supporting a deal:

1. Does it ensure a strong and collaborative future relationship with the EU? (So not a hard Brexit.)

2. Does it deliver the “exact same benefits” as we currently have as members of the single market and customs union? (Only cancelling Brexit can do that.)

3. Does it ensure the fair management of migration in the interests of the economy and communities? (So stay in the single market and maintain the four freedoms).

4. Does it defend rights and protections and prevent a race to the bottom? (As with test three.)

6. Does it deliver for all regions and nations of the UK? (Staying in the single market and customs union might solve the Irish border question, but only stopping Brexit delivers for Scotland, so this is impossible.)

So, Labour want the Tories to agree to a Norway-style deal, meaning we only leave the EU on paper – follow all the rules on migration, can’t do trade deals with third nations, an individual EFTA style single market membership (which is unacceptable to 40% of England’s population) and the EU would have accepted such a deal (other than test two) the day after the Brexit vote.  However, the hard truth is that they can call that a soft Brexit all they want – but all Brexits are hard on Scotland, because we export more, receive more support from EU grants and have more need for skilled EU workers.

All Labour offer Remain backing Scotland is another slap in the face. Nicola Sturgeon should only support an EU referendum that rules out remaining in the EU if it’s accompanied by a Section 30 agreement for a Yes/No Scottish independence referendum allowing EU nationals to vote regardless of its timing.  That said, the Tories are in charge and barring a significant rebellion from right wingers who don’t actually have a better plan for Brexit themselves May will try to get some sort of EU deal done and through Parliment – I expect the Tories to come out of their conference with a 5% poll lead on Labour and as any pollster will tell you at this stage in the political cycle opposition parties don’t win if you are not at least 10% in the lead.

If we have an early GE then the SNP manifesto must state that an SNP seat majority of one is a mandate for a Section 30-agreed independence referendum, or if that is withheld, to declare Scotland independent and begin negotiations.