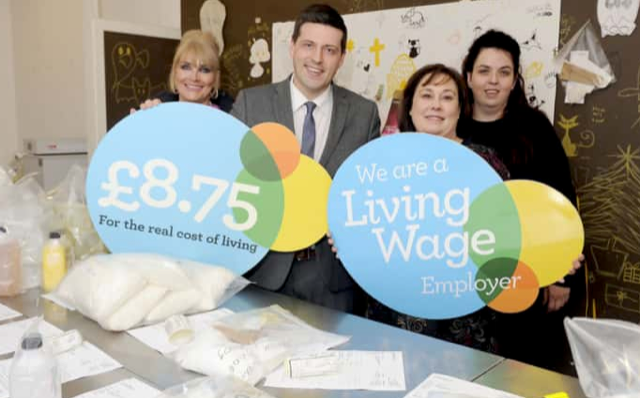 Our economy is overly dependent on big business and that is having unintended negative consequences for society, for health and for our economic wellbeing.

It’s just too easy for Westminster-based policy makers to create tax regimes that favour big business. Firstly, they are constantly lobbied by groups like the CBI, and wined and dined by the big companies themselves aiming to reinforce the falsehood that bigger is better.

Secondly, as the almost singular economic measure is GDP growth, it takes more intelligence, research and creativity to drive the same growth from the small to medium-sized business base. But there is good growth and there is bad growth, and the best growth comes from supporting smaller entrepreneurial, often family-owned businesses that produce added-value products and added value employment.

Big business trades on brand names. On the news they are referred to as household names (positive framing) and they charge a premium for that brand recognition and the perception of quality.

Then they avoid tax, cut jobs out of the production process as rapidly as technology allows, and design sales processes so that we spend more than we need to.

I wrote last week about small independent retailers being squeezed out by large corporations and how jobs in the service economy in particular become lower paid and less rewarding over time. People working in dead-end, repetitive jobs such as call centres don’t really get the benefits of the big picture. Likewise retail jobs (ASDA), warehouse jobs (Amazon) and gig economy work (Deliveroo) are less fulfilling and more isolated than those in the SME sector, and this lack of self-actualisation at work can contribute to feelings of inadequacy, pointlessness and increased rates of depression.

We are being force-fed the recipe for financial dystopia, low and stagnating wages, lower job security, lower job satisfaction, higher levels of personal debt just to live, leading to feelings of financial insecurity. “But don’t worry,” say the household brand names on TV, “you can consume yourself back to happiness, and you can have a store card to pay for it.”

They create needs for food and clothing and consumer goods that consumers don’t really have, based on their very real need to escape the financial problems of our wrong-headed London and large corporation-centric economic policy focus. We have to switch from thinking big companies are always good and understand that the true wealth of a nation comes from creating a business environment that also allows small businesses to grow quickly, make and repair real tangible goods and create jobs with purpose and skills that demand at least the real living wage, so that people earn enough to get by, need less retail therapy and lead more content lives. That, in turn, will lead to them eating and drinking a lot less and experiencing healthier, happier lives with less of a need to consume more to feel better about themselves.

Firstly, built-in obsolescence is an important example of how free-market capitalism doesn’t always deliver maximum utility but rather a profit maximisation.

Most people get that if fashions don’t change then you would buy fewer clothes and that retailers and manufacturers spend a lot of money trying to facilitate rapid fashion changes.  Less obvious is that if something doesn’t wear out you won’t buy a replacement and so manufacturers design products to fail or to become prematurely obsolete. Ever replaced a phone because the battery stopped retaining its charge? The technology to make batteries last longer exists – it’s just not as profitable to sell to you as ones that wear out, and I could give you dozens of examples of this practice.

Secondly, we know about tax avoidance and that it is legal. More than legal, it’s required, because if it’s also a legal requirement for directors to maximise shareholder returns then the decision not to offshore could be challenged in court by shareholders. How did this ridiculous situation arise? Big companies lobbied the UK Government to block international agreements to outlaw it.

Finally, they use their power and size to create cashflow problems that actually slow down growth in the small to medium-sized company economy.

For example, the Scottish Government pays creditors in 10 days – well done – but right across the UK the public sector’s limited budgets (due to tax avoidance in part) means they have to outsource to big companies such as Carillion, who then force all the smaller contractors who would have been paid in 10 days, if they supplied the Scottish Government direct, to agree 120-days terms. So big companies profiting from public contacts whilst using small companies as banks and then going bust – yes, that’s a good way to run an economy!

The solution isn’t easy but it would have far reaching social and economic benefits. We need to switch our economic policy focus on to small business and let big ones take care of themselves. I have written at length how the German Mittelstand shows how this is done, but another example would be the super-wealthy Italian area of Emilia-Romagna.

Emilia-Romagna is one of the most prosperous, entrepreneurial and equitable regions in all of Europe. At the core of the Emilia-Romagnan success story is the regional government’s almost total focus on supporting small businesses, including large numbers of family, employee and co-operatively owned businesses, with engaged employees who also have skin in the game.  Hundreds of small businesses operate in added-value industrial sectors such as ceramics, craft jewellery, textiles, footwear, construction, repair and agricultural machinery – producing real tangible goods.

This isn’t a corner-shop mentality, it’s a small business generated wealth utopia in reality. Maybe we should try it here.

N.B. image is of Gracefruit Ltd. – one of the many SMEs manufacturing and paying fair wages.