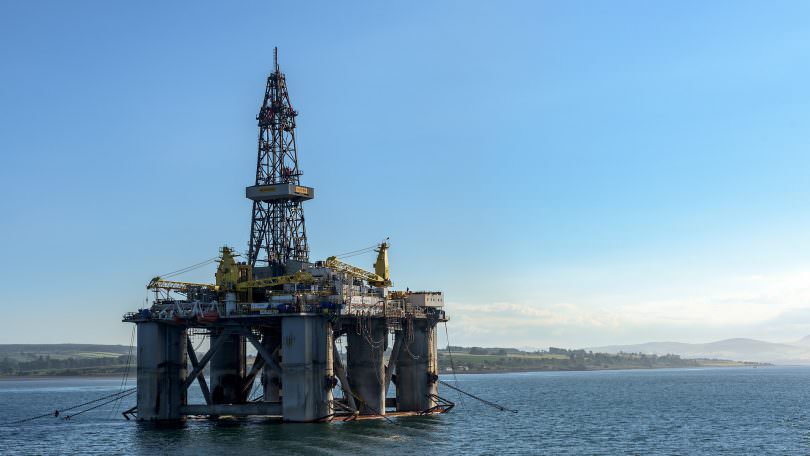 The Claim: We need to keep the remainder of our oil reserves in the ground for environmental reasons.

The Truth: We need to have a managed decline of oil production, with Scotland in control over the revenues generated in order to invest in renewable projects and smooth out the transition to a low-carbon economy. This can be then used to finance renewable energy solutions and make services affordable for ordinary people.

Oil has been at the centre of the debate over Scotland’s future since it was discovered in the late 1960s. Mismanagement on the part of successive Westminster governments has meant that most of the economic potential of these resources has been squandered. However, economic policy is no longer just about what yields the highest returns. We are in the midst of climate crisis that will require us to change our relationship with fossil fuels, which are finite in any case.

Climate scientists warn that we only have twelve years to prevent the pending climate emergency as even half a degree of global heating will significantly worsen the risks of extreme climatic events, which will cause millions of preventable deaths a year. This should be at the heart of Scotland’s economic policy, particularly with how we manage what remains of our natural resources.

To achieve the Scottish Government’s commitment of net-zero emissions by 2045, there will need to be a radical departure from current policy approaches, including reducing overall consumption of fossil fuels. This has two elements: using less and improving Scotland’s renewable energy sector.

This will require huge investment in renewable energy which will come with initial costs but also has advantages in the number of highly skilled jobs it will create. Furthermore, the costs of provision are only likely to become less over time, whilst the costs of inaction will rise.

Scotland is well-placed to thrive in the renewables sector, as we have previously argued. However, this sector needs time to develop in order to ensure that the transition to a low-carbon economy does not adversely affect the poorest in society, who are most sensitive to rising energy prices.

A managed decline in Scotland’s oil sector will therefore do the most good. Key to this will be better utilising the resources we already have.

The first is environmental – we now have proof that climate catastrophe will lead to the eventual destruction of the modern economic system. How countries choose to manage this will be critical, particularly those with abundant natural resources such as Scotland.

The second is economic – the UK currently makes little revenue from oil and gas. One of the reasons for this is that they cut Petroleum Revenue Tax to 0% in 2015. This has been shown not to benefit the industry in the way that it was promised to. For instance between 2015-2018, the UK Government only gained £3.3bn from oil and gas, 95% less than Norway.

The third is political – Brexit is already causing massive damages to our economy and is predicted to do even more damage when it actually happens. Brexit is proof that Scotland and the UK have fundamental differences and it seems inevitable that they will move towards different paths.

From this, it can be concluded that Scotland needs control over oil and gas reserves. The UK Government has no intention in changing the way it manages oil and gas revenues. Yet policy decisions in this sector have adversely affected Scotland, not other parts of the UK. Moving decision-making about such a vital sector in Scotland’s economy to Scotland is a no brainer.

Now, it is worth considering what the Scottish Government could do differently to better manage these resources and how this could benefit the transition to a low carbon economy.

The most radical potential policy proposal is to bring the oil fields into public ownership, as is the case in Norway. This means that in Norway the main principle for managing petroleum is that it must result in maximum value creation for society as opposed to the company.

A second proposal which BfS wholeheartedly back, would be to set up an Oil Fund. At BfS, we have been advocating for this for a number of years. Now it is even more urgent, knowing what we do about the full extent of climate breakdown. Although there are currently no plans to bring oil companies into public ownership after independence, even without this Scotland could have a fund.

Although this fund would be financed by oil and gas revenues (gained from gradually reintroducing taxation on the highly profitable large oil companies), its investments would go towards improving renewable projects and smoothing out the transition to a low carbon economy by generating sustainable returns that can be then used to make services affordable for ordinary people. For example, Norway’s fund (with assets over £786bn) has recently made the decision to divest from the fossil fuel industry.

To sum up, Scotland does need to wind down its production of oil. Yet this has to be accompanied by full utilisation of our current resources in order to smooth out the transition to a low-carbon economy. The best way to do this is for Scotland to have control over oil and gas revenues, as the UK is blinkered by short-term economic gains. We need damage control for decades of Westminster mismanagement and should create an Oil Fund that will be invested in renewable technologies, as soon as possible.