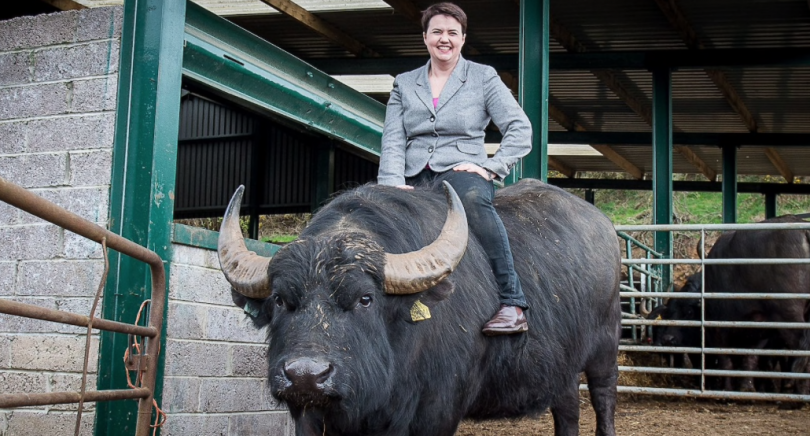 Davidson’s reputation as both saviour of the Scottish Conservatives and potential saviour of the Union was of course built on shifting sands and the foundations of that reputation have disintegrated in recent months. The Scottish press put her on a pedestal and touted her as the winner of the 2017 General Election despite only winning 13 seats compared to the SNP’s 35. Success is comparative though and not absolute when it comes to the politics of the unionist press. 2017 was clearly going to be the high watermark for the Scottish Conservatives.

Peak Tory, I called it in my newspaper column, a result generated by tactical voting due to a special set of circumstances. Nicola Sturgeon having announced plans for a second independence referendum was caught out by a surprise General Election and didn’t want to base her campighn on independence as she wasn’t ready. Davidson therfor made it all about independence and in every SNP/Tory marginal convinced Labour and Lib Dem voters to lend the Tories their vote to stop indyref2, whilst the SNP vote stayed at home. Ironically those Labour tactical votes encouraged by the then-leader Kezia Dugdale stopped Jeremy Corbyn becoming Prime Minister, for had the SNP won those seats they would have done a deal.

Davidson’s reputation, therefore, has always been based on the fact that Labour disintegrated in Scotland and reversed past the Tories into third place. Also, frankly, that the Scottish press never really interrogated her on her many policy failings and flip flops, such as saying indyref2 shouldn’t be blocked and then insisting it should, not to mention false claims about the NHS and flu vaccines, etc. The press didn’t properly investigate her party’s links to Dark Money being used to fund elections. Nor did they seem to notice that her hard-line unionist stance in the 2017 General Election generated seat wins for several hard-line Brexiteer Johnsonites, not least the troubled Ross Thomson.

The EU, in particular, was her undoing. Davidson insisted that a vote for independence would take Scotland out of the EU and that a No vote was the only way to remain. Once an avid Remainer, she then decided to support leaving but staying in the single market.

The press will let her off lightly and play the line about pressures of a new family and I wish her all the best with that. However, I can’t help but feel that the real reason she is resigning isny Brexit or even Johnson, it’s that that she knows the Conservatives will be wiped out by the SNP at the next General Election (probably in November this year) and her reputation will flip-flop just like her EU stance.

In 2017 every conservative candidate stood as Ruth Davidson’s candidate and her photo was prominent on all of their leaflets. The trouble with a cult of personality born out of egotism is that it leaves a leadership vacuum when it ends. The next Scottish Conservative leader will have to spend most of their time defending the hard Brexit plans and undemocratic proroguing of parliament by Boris Johnson and take the blame for an electoral wipe-out. So unappetising that must be for any potential candidates they might be better to go into any snap general election with an interim leader.

Without a hint of irony, the chat amongst many Scottish Conservative organisers is that a new leader should declare themselves independent of the UK Conservative Party. It’s also clear that Davidson finds the centralised control of a Conservative Prime Minister, that she didn’t vote for as unacceptable, whilst insisting the same circumstances are imposed on the people of Scotland and at the same time denying them the chance to resign from the UK via a referendum.

Leave a Reply to Carol X