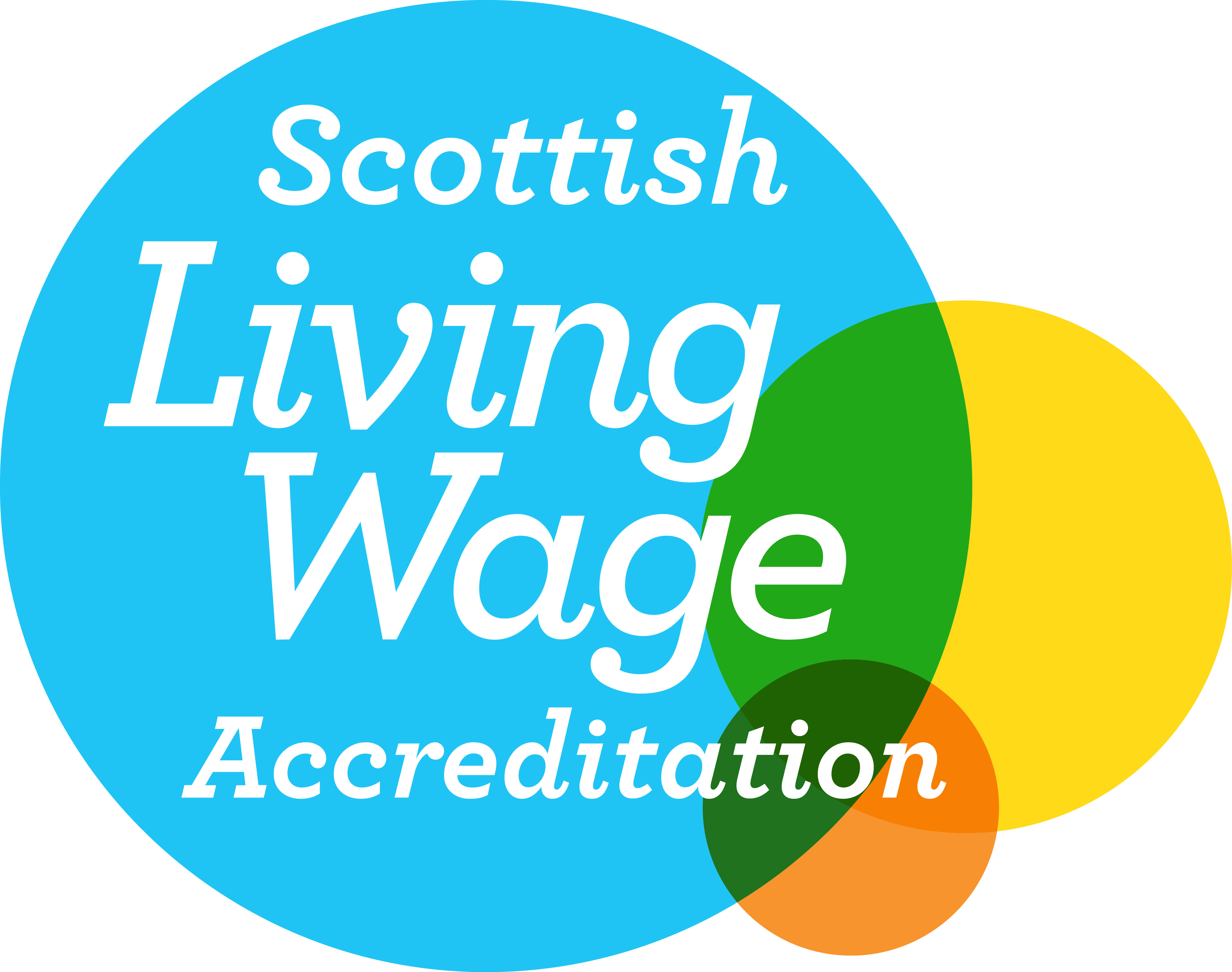 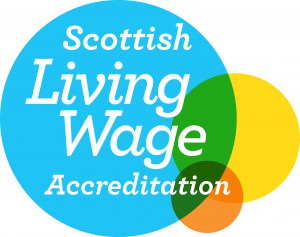 It can cost as little as £50.00 to become an accredited Living Wage employerThe UK economy is recovering slowly and, as the UK General Election looms, the main Westminster parties are trying to trump one another on budget cuts promises. The Tories are claiming they will reduce the deficit through cuts but without major tax rises. Labour has responded by voting with the Tories on budget cuts, but telling anyone that will listen “don’t worry it won’t affect the NHS”. So keen is Labour to convince the voters that they are not going to bust Britain (again) they even use rapid rebuttals to prove they will cut as deeply as the Tories. My favourite example was the Labour press team tweet “p.44 of Tory dossier says Labour will cancel cuts to the arts budget. We won’t.”  This sort of statement might go down well in the South East, but Labour emphasising its commitment to continued austerity is a gift to the SNP.

The recovery is slow and so it is fair to say the cuts are not working in the way intended. The problem is that despite the constant use of the term “reducing the deficit” the national debt keeps on growing, deepening by more than £100 billion in the year to December and now sitting at more than £1.45 trillion.

Although employment is up, many of the new jobs created in this fragile recovery are low wage jobs that don’t generate much tax revenue. Many people work in low paid jobs and so still qualify for benefits, so small income tax rises from new job creation is lessoned by the fact that people are not getting fully off of benefits.

Scottish Government figures show that 52% of working-age adults in poverty were in “in-work” poverty. A quarter of a million Scots working hard but still unable to pay their bills, and this picture is repeated across the UK. Research from Shelter Scotland reported that one in four people was worried they may default on their mortgage this year. When a significant percentage of the working population is classed as working poor and twenty five per cent is worried about keeping a roof over their head, you don’t just have a social problem you have an economic problem. These figures are also frightening when you consider how low mortgage interest rates are, and the fact that despite record low inflation the Bank of England (BOE) is committed to raising rates later in the year – where is the mortgage default tipping point? I don’t think anyone knows.

A recent survey by the Money Advice Centre showed that almost half of us (47%) plan to buy cheaper alternatives to our usual products. Forty one per cent are planning to spend less socialising, while more than a third (35%) say they will spend less on clothing. Make no mistake, a low wage economy is a low growth, low tax revenue economy and cutting budgets alone will not stop the deficit from growing.

The good news is that inflation is now 0.5%. Lower inflation is driven by food prices being 1.9% lower year on year, bread and cereals are 2.5% cheaper and vegetable prices are down 7%. “Electricity, gas and other fuels” are 2.1% cheaper year-on-year and this is all good news for household budgets. Supermarkets are suffering with greater retail competition, you could call this the “Aldi effect”.  This is causing stores to close, with redundancies at Tesco and Morrisons in particular – changed days – but given that retail is a low paid sector this just means that some of the working poor are now unemployed.

There are mixed opinions on wages, with UBS analysts predicting a resumption of wage growth, which they estimate will reach 1.9 per cent in 2015 and then 2.3 per cent in 2016. They say “more people in work and rising real wages should see consumption growth accelerate to around 2.5 per cent in 2015 and 2.6 per cent in 2016”. TUC General Secretary Frances O’Grady is more cautious stating: “We need a strong and sustainable wages recovery, built not just on falling inflation, but on higher pay settlements and more decent, full-time jobs.” She has a point: wage rises don’t usually come easily when headline inflation is only 0.5%. The thing to remember is that 0.5% is just a headline figure and some sectors are maintaining price growth, for example inflation in the services sector, where inflation is holding strong at more than 2%.

The key to economic growth is not to religiously follow old-fashioned dogmas, right wing cuts or left wing tax and spend, but in this fluid economic situation, with no real precedent, to take a pragmatic approach to addressing localised market failures.  In Scotland where our business community is predominantly SMEs then encouraging best practice exchange, increasing confidence and ambition, innovation to increase productivity, sustainability and internationalisation are key business growth drivers. These go hand in hand with social economic drivers such as equality and fairness. Reducing the income gap and moving the working poor up the economic activity ladder, I hesitate to say making them middle class, has to be a key element of that strategy.

The national living wage (£7.85 per hour versus £6.50 minimum wage) can be a key tool in addressing inequality. The arguments against the Living Wage are simply that companies can’t afford it, but there is a growing weight of evidence demonstrating that low wages are not just a drag on the economy but a drag on the growth of low wage paying employers. Barclays has committed to paying its cleaning staff 10 per cent higher than the London Living Wage. Retention rates have dramatically increased (for catering staff this is now 77 per cent compared to an industry norm of 54 per cent, and cleaning staff retention rates are 92 per cent compared to the industry norm of 35 per cent), meaning that the company spends substantially less on recruitment and training.

Employers need to do the maths – is it worth £1.35 an hour per employee if it results in reducing absenteeism, raising staff retention rates, improving productivity, improving staff motivation and morale, increasing loyalty to the company, attracting better staff, saving training costs on new staff all whilst lessening the money worries of your staff and contributing to the economy? The companies that would say that would cost too much are the ones who would gladly pay a new CEO a £5 million bonus for achieving the profit boost that would come from delivering just half of those benefits to a big corporate.  Are we living in an upside down world?

I am no socialist, this isn’t socialism, it’s just good business sense and enlightened economics. We need to find ways to create an economy for the people, not for the minority and the big corporates, one where people don’t just get by but thrive, for if the majority of people thrive so will the economy.

BfS campaigns for the interests of Scottish businesses – Join us now