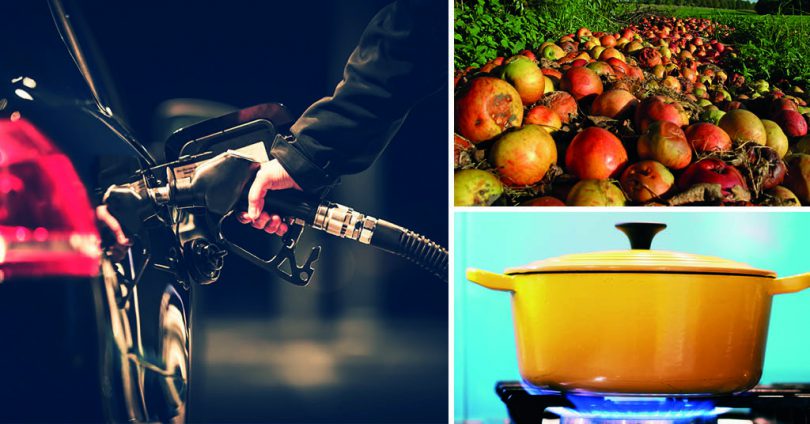 The  UK government’s decision to pull out the EU – despite Scotland and Northern Ireland voting against the move in the European referendum – is a factor in all three problems causing havoc for consumers.

Here’s how Boris Johnson’s obsession with ‘’getting Brexit done’’ and dismissal of every move by the Scottish government to lessen the terrible consequences have rebounded on a country which rejected Brexit but remains tied to the UK.

The National Farmers Union yesterday warned that empty shop shelves during the winter would provoke panic buying unless the UK government takes urgent action. Martin Kennedy, the president of NFU Scotland told Business for Scotland that the shortages are just as bad north of the Border and the consequences will be just as dangerous.

”Because of that fruit and veg is not being picked and is being left to rot. A lot of producers are saying that without the certainty of workers next year they are not going to plant at all. It’s just not worth it. That’s particularly bad because while fruit and veg uses 1% of the land it is responsible for 16% of economic output.’’

The NFU’s plea to the UK government to provide a special visa to allow workers from Europe to come to the UK to alleviate the problem has so far fallen on deaf ears. 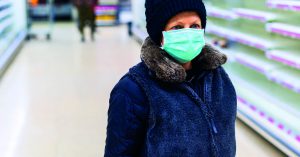 Empty shelves are now a common sight in shops and supermarkets

Mr Kennedy said: ‘’We have heard that there is a shortage of workers in Europe as well but we have been told there are workers who would come here if we made it easier for them to do so. One of the problems is that seasonal workers from Europe who are working in a country outside the EU cannot claim benefits when they return home. So they are very reluctant to work here.

”There are political reasons stopping the UK government introducing the visa. One of the reasons given for Brexit was to provide more control over immigration. If the government now agrees to provide special visas they think it looks like they have backed down.

‘’Without the labour we need a lot of food is going to waste. Vegetable co-operatives in Scotland have lost £10,000 a day in wasted food. The major tomato supplier in England has stopped growing them … so there will be a shortage of tomatoes for Christmas.

‘’We’re definitely looking at the possibility of panic buying in the lead up to Christmas, which is never a good thing.’’

Petrol stations have begun rationing supplies to customers after three of the UK’s biggest operators have warned of fuel shortages caused by the severe lack of lorry drivers in the UK.

That shortage of drivers is directly linked to post-Brexit rules, provoking industry pleas to the UK government for a new visa scheme to ease the problem.

Rod McKenzie of the Road Haulage Association trade body has accused ministers of “government by inertia”, allowing the situation to get “gradually worse” in recent months.

Certainly there have been no signals that Westminster has a plan to ease the shortage. A spokesman for the Prime Minister said yesterday that there was no need for concern.

Meetings between the government and food industry executives are expected to take place today.

The UK government has so far been fairly successfully in diverting attention away from Brexit’s role in the gas price crisis which has forced a rising number of suppliers out of business, with more expected to follow.

But more fingers are pointing at Boris Johnson’s decision to leave the EU energy market, which allows for cross-border trading between countries of energy, as a major factor.

A respected German newspaper yesterday put the blame for the gas price crisis on the British government. Zeit Online said it believed the UK withdrawal from the EU energy market had a negative impact on gas prices in the country.

As evidence of the damaging effect the newspaper looked at the “day ahead” gas prices for September 19 and 20, which is the price for gas which is to be traded and then delivered the next day.

According to reports in the newspaper, 185.80 Euros per megawatt hour were paid on that day for the EU’s day ahead gas prices. However, in the UK, the amount paid was £925 pounds per megawatt hour, equivalent to around 1,100 Euros.