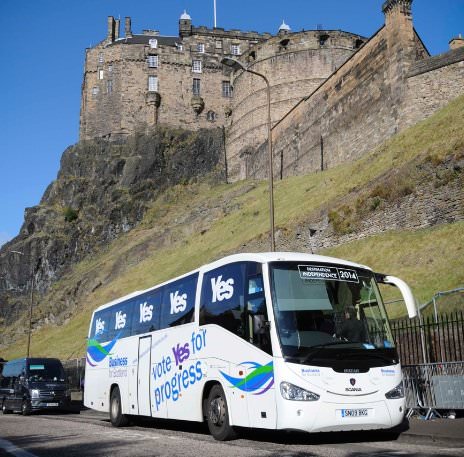 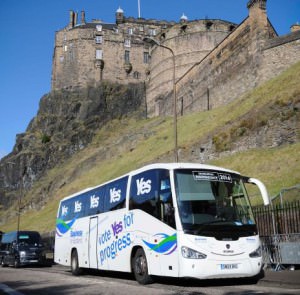 One year on from Scotland’s referendum and the No campaigns victory looks less decisive by the day.  In my 20’s I was a keen Thai boxer and all fighters know that regardless of who scored the most points, if you don’t deliver a knockout blow in round one you are coming out to fight again in round two. Keeping with the boxing analogy, look at the tale of the tape; how did the two sides match up in round one and, more importantly, what’s likely to happen in round two?
No won votes through fear of change. People naturally fear change, especially when change is an option and not a necessity. The Yes campaign was positive and upbeat by comparison to Project Fear, and the legacy of those two positions is an invigorated Yes movement and all conquering SNP.  After all, how can anyone vote for a political party to run Scotland if they have just spent two years talking Scotland down? The No camp expertly played on peoples’ fear of change and Yes was seen to be asking to be trusted on too many issues.
Yes won hearts and minds on social policy. The coalition government had a poor track record on social protection (bedroom tax, benefits etc) and Labour’s move to the right under Blair and Brown made this a major weak point for the No Campaign.
No won people over with promises of more powers. Not just the Vow, that was just part of the Unionist theme of vote No and get Devolution Max. Westminster fought to keep Devo Max off the ballot paper and for 25% of No voters promises of more powers were the key reason they voted no. The resultant Scotland Bill is an unworkable, constitutional fudge. With only 9% believing that the Vow has been delivered, the No camp’s only positive message is now its biggest weakness.

Yes won on the NHS. This was a big issue, more than half of Yes voters saw this as one of the 3 main reasons for voting Yes. Initially No scored points on this issue but the Yes side turned the tide by highlighting the threat to the NHS from Westminster’s cuts and privatisation agenda.
No won on currency, but it backfired spectacularly after the referendum. No made this a major area of uncertainty by ruling out a currency union; even if a deal would ultimately have been done, it was a complex issue and in an election if your positions are complex you are losing. This was also one of the drivers of the post referendum destruction of the Labour vote, as it provided cast iron evidence that the No camp didn’t have Scotland best interests at heart. Anyone who thinks that offering a Scottish pound would have changed the result is kidding themselves. The No camp had arguments of equal ferocity against all currency options, but it might have been better to find a way not to giving them the opportunity to say No to a currency union.
Yes won on Westminster’s track record. Everything from illegal wars, to fiddling expenses, its distance from and seeming lack of understanding of Scotland and the ridiculous undemocratic and pompous House of Lords damaged the No campaign.  However, Yes was running a relentlessly positive campaign and didn’t exploit this weakness fully. That said Yes won on positive campaigning v the incessant negativity of Better Together.
No landed some serious blows by creating uncertainty over EU membership and conventional defence, especially NATO membership and Pensions.  Most would now agree that EU membership is more at risk from a Westminster referendum that it ever was from Scotland’s independence. NATO looks set to allow Montenegro to join, a non-nuclear country with a population similar to Glasgow – go figure. As many as 75% of pensioners voted No. Pension worries centered around the myth that the UK has a huge pension pot that Scotland couldn’t access after independence; it doesn’t and a UK pension crises looms.

Yes won in the small and medium sized business sector.

Yes scored points with a far better, more highly motivated grass roots campaign, the regional Yes groups did the heavy lifting and Radical independence, Women for Indy, Academics for Yes, NHS for Yes, National Collective and my own Business for Scotland to name but a few all took the fight to the political party based No campaign. Yes won convincingly on social media but in the business community No won on big business (Multimillionaire Tory voters would tend to vote No) and Yes won in the small and medium sized business sector.
That all looks fairly even, so why did Scotland vote NO? There are two main reasons, firstly the NO camp had a head start; when the SNP majority in 2011 guaranteed a referendum, support for independence was only at 33% whilst the union polled more than double that at 68%. Secondly, the No camp’s major advantage was that the media was almost universally on their side.  One sided reporting meant the whole campaign was like a game of tennis where only the No camp was allowed to serve.
So what next? The polls now average 50/50 and the Union is in trouble; its key message of “trust us on more powers” has fallen apart. No one would ever believe them again. Labour can never again team up with the Conservatives and separate No campaigns would lead to easily exploitable divisions. Labour, now on its knees, must be terrified of a 2020 referendum just months before the 2021 Holyrood elections. Corbyn cant win and even if he could what good to Scotland is another unionist PM in Westminster?  Westminster’s record is becoming indefensible with cuts to vital services and budgets, English votes for English laws, food banks, poverty and dissatisfaction with a Tory majority that Labour assured us wouldn’t happen.  We stayed Together, but most don’t think things got Better.
The Yes side are in better shape, Nicola Sturgeon is every bit as good but a less polarising figure than Alex Salmond and the resurgent Greens will soon have more MSPs, more money and more credibility.  Yes still needs at least one major red top on side and the Scottish Government should make BBC devolution and neutrality a line in the sand issue.
Add to that a Vow on pensions in an independent Scotland and a more detailed plan to make Scotland a more prosperous, fairer, greener, confident and successful independent nation and support for Yes will rise till another referendum and a Yes victory become inevitable.

Leave a Reply to David X