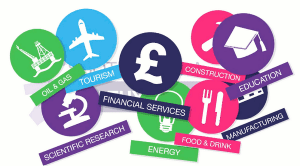 An independent Scotland will have the power over investment and industry to create tens of thousands of new jobs in manufacturing, social care, the energy sector and by moving civil service jobs from London to Scotland.

For this reason a Yes vote this Thursday is a huge opportunity to improve Scotland’s economy and the lives of the people who live here.

The No Campaign has admitted that a No vote means no ‘job creating powers’ for Scotland. This means that governments at Westminster will continue to make economic decisions against the interests of people in Scotland, as experienced with manufacturing in recent decades.

One of the most important challenges for an independent Scotland is supporting new jobs in communities that were left behind by Westminster.

The Government and N56 industrial policy plans can reindustrialise Scotland.

Scotland’s research in renewables technology is world class. Yet despite having both the huge potential for deploying the technology and leading research centres, Scotland has so far missed the opportunity to build the equipment in Scotland.

Scotland’s existing engineering firms can produce wind, wave and tidal technology for cheap energy production across Scotland. This would create thousands of factor jobs and sustain thousands of local jobs in maintaining the equipment.

The renewables sector now employs over 12,000 people in Scotland and this is projected to double in the next six years alone

Scotland’s offshore revenue is set for a new boom.

The Clair Ridge field is one of many new developments West of Shetland and new technology means that there is greater scope for drilling than ever before.

A Bank of Scotland report estimated that 39,000 new jobs can be created in offshore oil and gas in the next few years. With record investment in new sites, this will be a significant boost to employment and income in the north east of Scotland.

Economists in Scotland had long campaigned for an expansion of childcare services investment in Scotland. The Scottish Government put this proposal at the centre of its White Paper on independence.

There are many benefits to investing in childcare. One benefit is that it creates more jobs.

If more families receive childcare support for longer more employees are required to meet the increase in demand.

It is estimated that this proposal will create 27,000 new jobs in Scotland.

Other European countries like Sweden and Denmark have recognised that this improves the whole economy. Childcare increases overall tax take, as parents have greater flexibility to return to work. Quality childcare also supports children’s learning, especially in crucial pre-school years.

Tax payers in Scotland pay for the Westminster civil service headquartered in London.

A Yes vote means that jobs in broadcasting, embassy work, foreign affairs and administration of tax and social services will be based in Scotland.

As an international capital governments across the world will invest in representation in Edinburgh. This will bring further jobs and opportunities to the city.