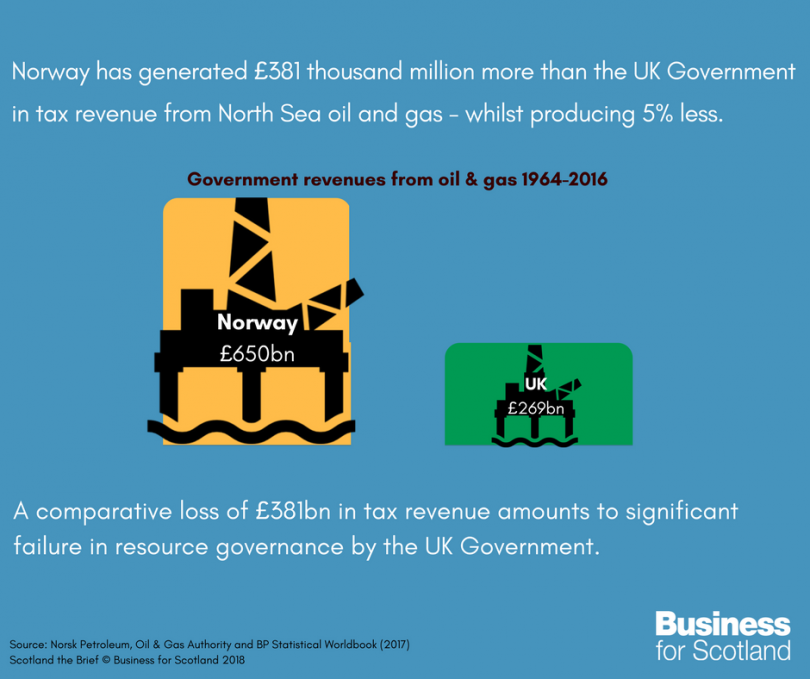 Norway and the UK have managed their oil and gas industries differently, resulting in a substantial contrast of their economies.

When comparing the UK and Norway’s oil and gas production, and their revenues generated from this industry, Business for Scotland’s research team found that Norway has generated £381 billion more than the UK Government in tax revenues since production of oil and gas began. 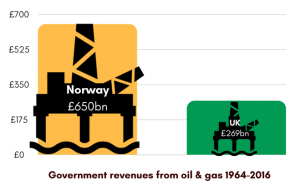 If Norway had produced significantly more oil and gas then the UK, this may be understandable. However, this is not the case.

Instead, the UK has produced 5% more oil and gas than the Norway. 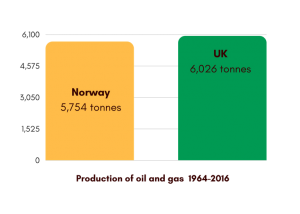 A comparative loss of £381bn in tax revenue amounts to significant failure in resource governance by the UK Government.

“This analysis brings to the fore the quite disastrous mismanagement of the North Sea oil ‘bonanza’ and the UK economy since the early 1970s. With comparative geologies, costs, prices and resources, Norway – a country so similar to Scotland in population and geography – has directly collected a huge revenue windfall of getting towards £400 billion more than the whole of the UK since the mid 1970s.

In the early 1970s, our living standards were the same as Norway’s, now their workers and families have about the highest real incomes in the world, guaranteed into the future, whilst one in five children in Scotland is in poverty and half of our pensioners in fuel poverty.”

Read more about this topic