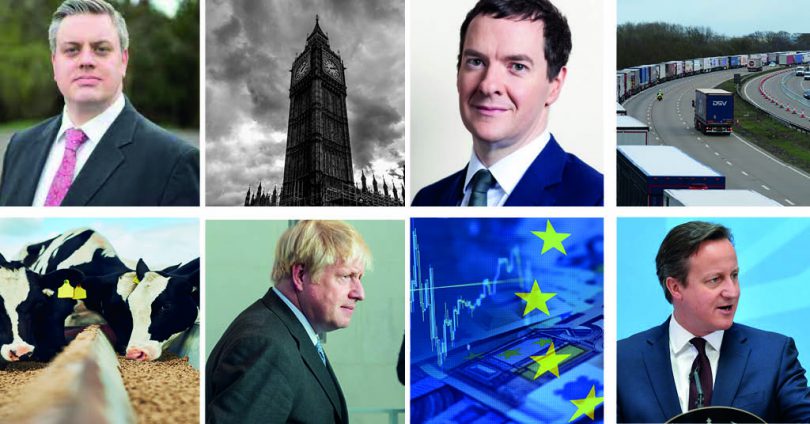 Former Better Together head strategist Blair McDougall launched an astonishing social media attack on Believe in Scotland’s campaign to increase the basic state pension in an independent Scotland to £200 a week.

It was astonishing because the man behind a string of Better Together lies in the run-up to the 2014 independence referendum had the brass neck to challenge the accuracy of Believe in Scotland’s campaign.

We wouldn’t usually use that word but McDougall requires a robust response and when it comes to “bullshit” Blair McDougall wrote the handbook. The Believe in Scotland pension campaign can easily be afforded in an independent Scotland. In fact it’s only the first step to take Scottish state pensions anywhere near the European average.

Let’s look back at just some of the lies peddled by McDougall’s ‘Better Together’ in the run up to the 2014 vote.

LIE 1:  ”Only a No vote will protect your pension”

The truth: The UK pays the lowest pension in the developed world. Don’t take our word for it. The information comes from the Organisation for Economic Co-operation and Development. It said in February 2018 that the UK pays out 29% of average earnings in pensions. That’s bottom of a table which sees the Netherlands pay 100.6%, Portugal 94% and Italy 93.2%. Mexico is the closest to the UK at 29.6% but there’s quite a gap between that and the next worst, Poland (38.6%).

The UK government was recently found guilty of maladministration by the ombudsman after 3.8 million women born in the 1950s were not given enough notice that their pension age would rise

Since 2014 the UK government has made matters even worse. It has suspended the triple lock formula which determines annual state pension rises, despite promising it would not do so. And the UK government was recently found guilty of maladministration by the ombudsman after 3.8 million women born in the 1950s were not given enough notice that their pension age would rise.  An estimated 200,000 female pensioners are owed up to £2.7bn. Sadly, many won’t get anywhere near what they are owed.

An independent Scotland can and will do better. Our proposed rise to £200 a week is modest and affordable. And we want to go even further and increase it towards the European average as the economy grows following independece.

LIE 2: “You can only guarantee Scotland’s EU membership by staying in the UK”

Just two years after Scotland voted to stay in the UK in 2014 the UK government held a referendum on EU membership. Scotland was dragged out of Europe against its will after it voted to remain by 62% to 38%. Northern Ireland also voted to stay in Europe, by 55.8% to 44.2%. We were outvoted by England (53.4% leave) and Wales  (52.5% leave). The overall UK vote was 52% in favour of leave. The UK government’s actions after the vote decimated exports to the EU. That disproportionately hit Scotland, which saw a 63% slump in EU exports. The Office for National Statistics reported a drop of 83% in Scotland’s fish exports, a 59% drop in its meat exports and a 50% drop in its dairy product exports.

Since then we have seen a lorry driver shortage wreak havoc in the supply chain of food and other goods, causing empty supermarket shelves, panic at petrol pumps and a threat to deliveries at Christmas. All these problems are afflicting Scotland which didn’t even vote for Brexit.

Here’s what Better Together told us in 2014

LIE 3: “Scotland will get federalism, if we reject independence” 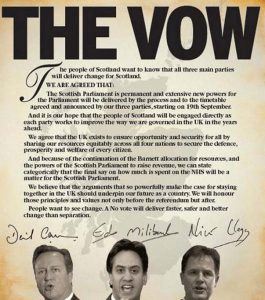 his promise was at the heart of the infamous Vow signed by Better Together party leaders and published on the front page of the Daily Record just days before the referendum vote.

One of those behind the Vow, former Labour Prime Minister Gordon Brown, promised a new, federal union of UK nations which would be a partnership of nations.

That vision was not actually on the table in 2014 and has certainly not been delivered since. Gordon Brown is wheeled out by the Unionist side to advocate federalism every time support for independence rises.  Scotland is regularly promised that the country will be an equal partner in a reinvigorated Union. Brexit is just one example of the emptiness of that promise.  We voted to stay in Europe and we were forced to leave. We continue to vote against Conservative governments which are inflicted on us anyway.  Our wishes are always ignored.

LIE 4: ‘’If Scotland votes No it could lead the UK rather than leave it’’

This was an argument made by several on the Better Together side in 2014 and most notably by Labour politicians such as Gordon Brown and then Scottish Labour leader Johann Lamont.

The crux of it was that if Scotland voted no it would have increased power and leverage within the Union and could lead the way in the creation of a better, fairer, more equal UK.

Scottish Conservative leader Douglas Ross: doesn’t care if the powers of the Scottish parliament are eroded

Far from leading the UK, Scotland has had to endure policies it did not support. Instead of respecting Scotland’s role in the Union the Westminster government has instead launched an attack on the Scottish parliament’s powers.

It has recently diverted spending powers away from Holyrood and given control of money once distributed through the EU directly to Westminster.

LIE 5: “Independence would cause an additional wave of austerity to families”

Again we can point to Johann Lamont for arguing this point for Blair McDougall’s Better Together campaign. The then Scottish Labour leader said in 2014: “The truth is that on day one of independence, we will be worse off. And people will need to ask themselves if that will be a price worth paying.” 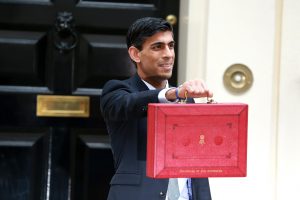 In fact more austerity has been inflicted upon Scotland by Conservative governments since 2014. We can see even today how the Conservative chancellor Rishi Sunak plans to inflict more pain on the most vulnerable people in society as we emerge from lockdown.

The chancellor has cut £20 a week from universal credit … money which was given to those most in need to cushion them from the effects of the pandemic. Now those are the very people who will suffer most.

It’s yet another stark reminder that we are governed by Conservative principles that are out of step with mainstream opinion in Scotland.

As the 2014 referendum vote came closer a host of English ‘’celebrities’’ rushed to drop ‘’love bombs’’ on Scotland, telling us of the place the counry held in their hearts

The  love bombing became ever more desperate after a poll suggested a majority would vote for independence in the referendum. An England that had previously ignored the debate north of the Border suddenly woke up the fact that independence was a possibility.

The day after the referendum then Prime Minister David Cameron announced English Votes for English Laws (Evel), which would effectively mean no MP from a Scottish constituency could ever be prime minster of the UK and ipso facto could not lead the UK. The love affair did not last long.

LIE 7: ”An independent Scotland can’t use the pound’’ 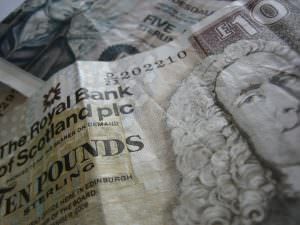 The then Chancellor George Osborne came to Edinburgh to tell us that if we voted for independence we could not use sterling as its currency.

In fact this claim was entirely built on sand. There is no legal reason why an independent Scotland could not use the pound. It doesn’t need Westminster’s ‘’permission’’.

Mark Carney, the governor of the Bank of England, told MPs earlier in 2018 that “from the strict economics”, a currency union would not require a political union.

Blair McDougall said in 2014 that he found it inconceivable that a serious political party would ever elect Johnson as its leader. He described him as a clown

The Fraser of Allander Institute – an economic think tank based at Strathclyde University – acknowledged that using the pound would be technically possible. And in 2017 BBC Lord King – a former Bank governor – said Scotland “could be an independent country” and that, he did not see “major problems” over currency.

LIE 8: “Independence would cause the return of roaming charges”

Better Together said in 2013 that Scottish independence would leave mobile phone users facing higher bills. In a paper on the 2014 referendum, it raised the possibility of Scottish callers facing roaming fees when they visit England.

Those claims were rubbish at the time but since then Brexit roaming charges have been introduced by some leading UK operators because the UK left the EU and the Brexit trade deal did not rule them out.

Blair McDougall himself assured a BBC debate audience in Inverness in August 2014 that the idea of Boris Johnson ever becoming UK Prime Minister was ridiculous. He said he found it inconceivable that a serious political party would ever elect Johnson as its leader. He described him as a clown. On July 23 2019  Boris Johnson was elected leader of the Conservative party and on December 12 that year he was elected Prime Minister.

Rather than looking back on 2014 (when the world was a totally different place) when Westminster hadn’t wasted the last chance that Scotland’s people gave it and then forced Brexit on Scotland & COVID incompetence of the highest order.  Business for Scotland and Believe in Scotland prefer to look forward to the opportunity to build an independent Scotland based on a wellbeing agenda which would create a country that will make life significantly better for those who live here. We think that starts with a decent pension rise – how anyone can think that’s an idea worth attacking is beyond us.