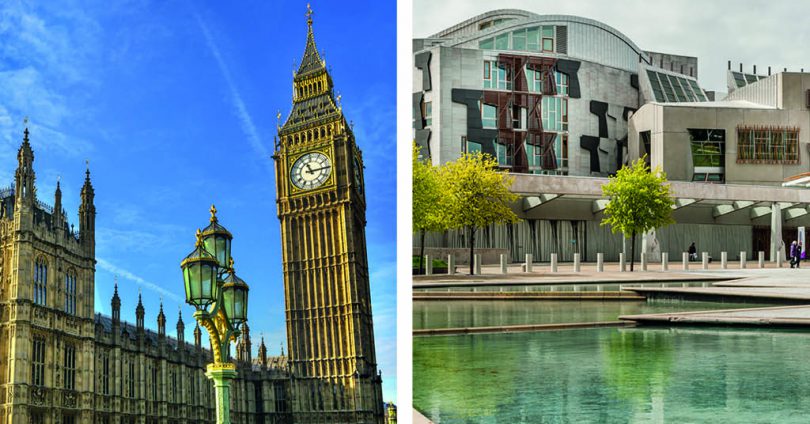 The UK government will today introduce legislation giving it overall control over business subsidies. The move will reboot a row over its determination to seize powers which should properly go to the Scottish parliament after Brexit.

The Subsidy Control Bill submitted to the Westminster parliament today will create a new system for state subsidies which were previously decided by the EU. The Scottish government has argued that it should decide subsidies to Scottish businesses but the Westminster bill will instead create a UK-wide control scheme.

Devolved administrations will be “empowered” to subsidise companies but only if they fit a “set of UK-wide principles”. They will be specifically barred from giving subsidies which are deemed by Westminster to be a bid to lure companies to move from other parts of the UK.

The new legislation will effectively stop the Scottish parliament from determining how business subsidies can best support the country’s economy and reflect Scottish government priorities.

The Scottish and Welsh governments have said that, under previous devolution law, control over state aid policy should have come to them after Brexit. They were keen to ensure that any new system would remain closely aligned with EU rules.

Kwasi Kwarteng, the UK business secretary, said today that the new regime is a “reserved matter” for the UK parliament. Scottish First Minister Nicola Sturgeon last year called this definition a “blatant move to erode the powers of the Scottish parliament”.

The new plan will see subsidies monitored through a new Competition and Markets Authority, which it describes as an ‘’advisory unit’’. Any disputes over subsidies would have to be settled through the courts.

Thomas Pope, economist at the Institute for Government, has said the risk of that approach is that ‘’if you’re leaving enforcement to the courts, there’ll be more legal uncertainty. And that will mean that some public bodies choose not to offer subsidies because of the legal uncertainty.”

Holyrood has continually hit out at the UK government’s power grab as its plans to take control of matters once under EU jurisdiction have become clear.

Last year the Scottish parliament voted against the bill which took the UK out of the EU. All parties except the Conservatives spoke out against it.

The UK currently spends around £4bn a year on subsidies … far less proportionately than other European Union nations.  Germany, for instance,  spent three times as much on support as a share of its economy compared to the UK in 2018. UK government officials have historically said they do not expect the overall level of state aid to increase significantly.