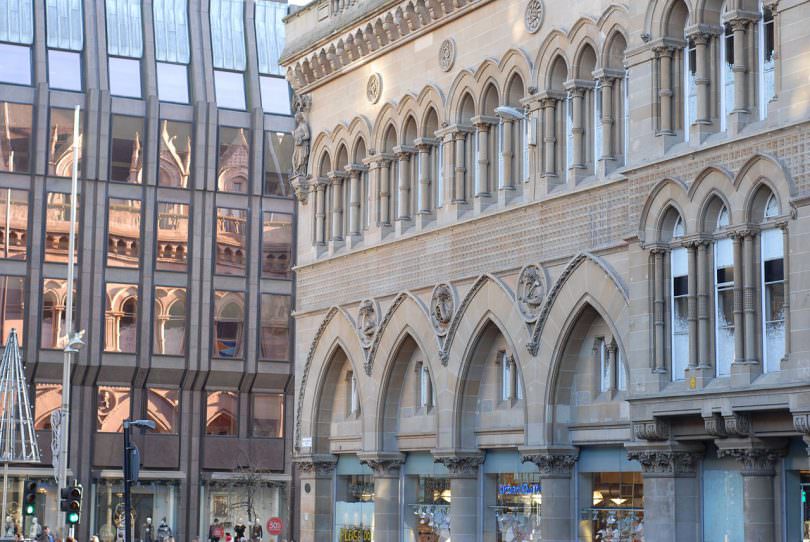 There are plans to open a new Scottish stock exchange and that’s great news for Scottish companies with high-growth potential in key emerging sectors such as IT, life sciences and renewable energy.

I reached out to old family friend Nigel Dewar-Gibb, a broker at the Scottish Exchange who sat on the exchange’s council, to dig a little deeper into the history of Scottish stock exchanges. It might surprise you. There used to be five stock exchanges in Scotland: Glasgow, Edinburgh, Dundee, Greenock, and Aberdeen. Those all merged into one Scottish Exchange in 1964 (except Greenock, which folded) based in Glasgow’s Nelson Mandela Place. The Scottish stock exchange was highly successful and many of Scotland’s household names were listed there until it closed in 1973.

I looked into the reasons for the closure and back then it seems London’s stock exchange had big ambitions to become the world’s stock exchange, but that never happened (currently London is the sixth largest globally and only second in Europe).

London then set about aggressively taking over regional English exchanges and Scotland was basically a potential competitor and they wanted it gone. London promised the Scottish Exchange members the world, but also made it clear that if Scotland didn’t capitulate then London wouldn’t make prices for stocks available and they would be unable to trade.

Nowadays stock listing information comes with an electronically generated price spread on your screen. Back in those days jobbers made prices in London by looking at the closing prices from multiple exchanges, considering business news and gauging the likely numbers of buyers and sellers. They then sent the price information via ticker-tape to the other exchanges. It also took two weeks to transfer money from a sale which meant people called shunters hedged their bets by spreading share exposures to other brokers and could set a local price lower than London’s to spread risk. Hence, without prices, the end of the Scottish stock exchange became inevitable.

In the short term this didn’t have much impact but, working in economic development in the 1990s, I could see the distance between Scottish firms and the stock market, as well as the lack of connections to buyers, meant Scottish stocks were often under-priced. What was once familiar to brokers as bricks and mortar, machinery factory owners and workers became just numbers on a spreadsheet in a distant city.

With less cash for capital investment, Scottish productivity and economic growth began to fall. Firms with relative underperformance became vulnerable to takeovers from competitors that were often inferior but had better access to finance.

I tried to locate as many Scottish companies listed on the Scottish stock exchange as possible and found that an enormous number had been taken over and, in most cases, the company’s headquarters left Scotland. With it so did many higher value-added, highly skilled and paid jobs.

Of around 150 or so Scottish listed companies I could trace most were taken over by foreign owners. For example, three became Canadian, four Irish, two German, 12 American, four Japanese, one each Chinese, Danish, Northern Irish, South African, Spanish, Dutch, and Norwegian, and 115 became English. This is just listed companies – there were hundreds more private companies whose ownership also went abroad.

Firstly, this led to a massive fall in Scottish HQs causing a slowdown in Scottish entrepreneurial activity in the 1990s. Fast growth start-ups tend to have mixed-skills teams, the finance director of one company teaming up with the operations directors from another to launch a company. But with fewer Scottish HQs those people just didn’t exist.

The second problem is that with foreign ownership profits leave Scotland – not just the wages of the highly paid directors no longer contributing to Scotland’s economy, but the corporate profits as well.

We all talk about gross domestic product (GDP), the total value of the output of an economy, but potentially more important is gross national income (GNI), a nation’s total national income inclusive of income earned by a country’s residents and businesses abroad. Figures produced by the Scottish Government show that Scotland’s GNI is only 94% of Scotland’s GDP. In other words, 6% of Scotland’s wealth flows out of Scotland and isn’t reinvested or spent here. Foreign inward investment is a good thing overall but a simultaneous demise of Scottish ownership is not.

Looking at other medium-sized European nations we can see that Norway’s GNI is 114% of its GDP, meaning Norway generates 14% more wealth than its GDP annually – a 20% indicative spread on Scotland. I wonder why. Denmark sits at 106%, Finland 104% – even the UK, despite negative numbers for its smaller nations and almost all the English regions, sits at 105% due to London’s ability to extract wealth out of foreign assets and its own regions.

So back to the future, assuming regulatory approval from London (it’s reserved) the new stock exchange will open by summer 2019.

Bourse Scot Ltd will be Edinburgh-headquartered and should create 60 new jobs. It will focus on growth sectors such as renewable energy and biotechnology where Scotland is again being recognised as a centre of global excellence. It will specialise in listing companies worth between £50 million and £100m and members of the public can purchase shares through any major stockbroker (the last Scottish one was taken over this year).

CEO Tomas Carruthers led the Social Stock Exchange for five years (a strong track record) and hopes the renewables industry will see it as a place to raise funds while maintaining control and headquarters, rather than selling to a bigger company, or a dominant stake being sold to a private equity investment firm. I don’t know him but for that, and after hearing him reject a BBC interviewer’s definition of it being a regional exchange saying “it’s a national exchange as Scotland is a country”, I like him already.

It won’t make a major short-term difference to Scotland’s economy but it’s a strong start and complements the Scottish Government National Investment Bank. If the next generation of Scotland’s high-growth potential companies don’t have to sell out, then Scotland will become a wealthier nation.