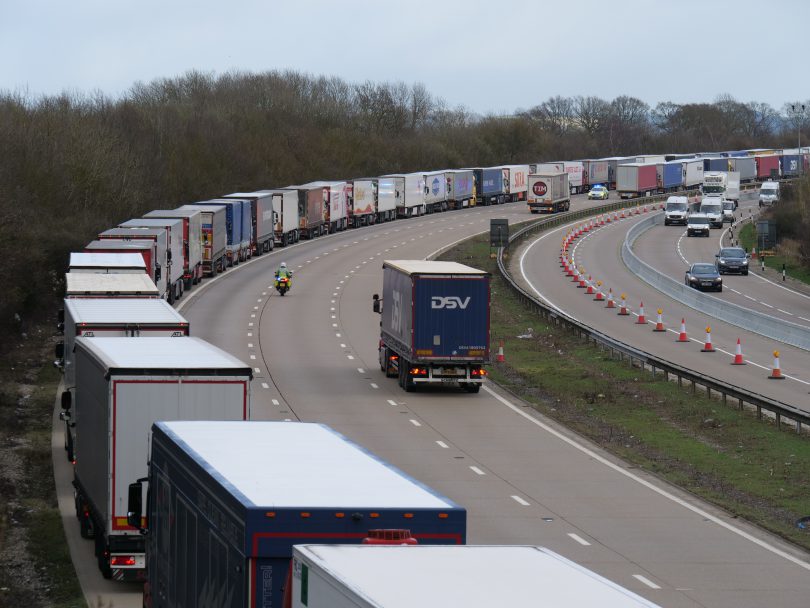 The catastrophic problems caused to businesses by Brexit are showing no signs of receding according to a new poll published last week.

The poll by YouGov, carried out almost three months after Boris Johnson’s disastrous EU trade ‘deal’ came into effect on January 1, reveals that more than half of UK businesses (52%)  say they have faced disruption.

That figure rises to 80% among firms that normally carry out a “moderate” or “large” amount of trade with the EU.

The survey of 2,046 businesses found that large organisations were more likely to have been affected than SMEs (small and medium enterprises).

The problems have disproportionately affected Scotland. Figures released by the Office for National Statistics show a drop of 63% in Scottish exports to the EU

Three-quarters of all firms that reported having experienced disruption said they expected the impact to last a long time.

The problems have disproportionately affected Scotland. Figures released by the Office for National Statistics show a drop of 63% in Scottish exports to the EU. British exports fell by almost 41%. Scotland’s biggest food exports, fish and shellfish, fell by 83%.

Another report by the Scottish Food and Drink Federation showed that the worst hit in Scotland were salmon exports, which fell by a staggering 98%.

The problems have been caused by a huge increase in paperwork and red tape at the border.

The YouGov survey found that of the 52% of businesses which had faced disruption, one in eight (13%) reported it had been a large amount.

A further one in six (17%) say the impact has been moderate, with a fifth reporting a small amount of disturbance (22%).

Two in five respondents said they do a “moderate” or “large” amount of trade with the EU – and of this group, 80% said they had faced problems. A total of 72% said the problems were substantial and 60% said they expected the situation to get worse.