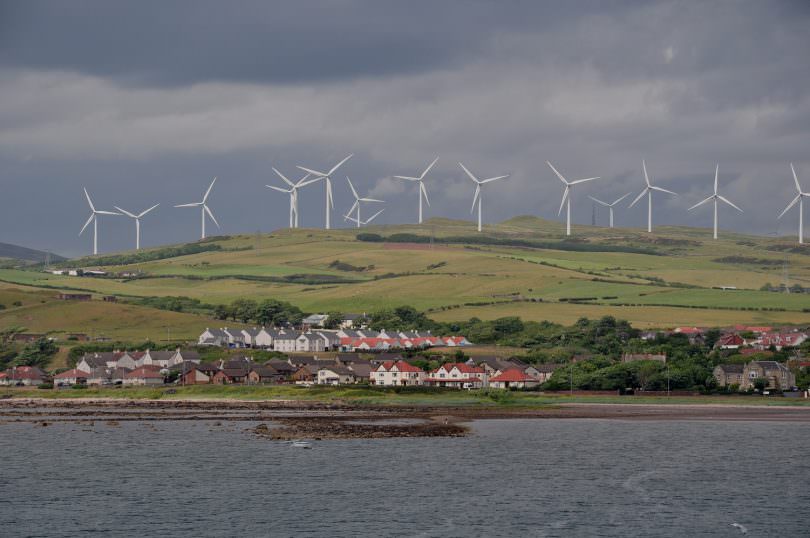 Scotland has been generating a record-breaking amount of energy from renewable sources in 2019. According to the latest figures from Weather Energy, wind farms in Scotland have produced enough energy to power the equivalent of 4.47 million homes.

That is the equivalent to double the number of homes in Scotland, providing further evidence for Scotland’s potential to become a leading exporter of renewable energy sources.

This follows UK statistics released in June, which showed that renewable sources were sufficient to power 88% of Scottish households for a year – an increase of 17% in the first three months of 2018.

Scotland’s renewable energy sector is going from strength to strength, despite UK Government policies which inhibit the sector. In 2016 Westminster voted to end grants for new onshore wind turbines, a move which resulted in a 57% fall in investment 2017. The Green Alliance predicts this will lead to a 95% decline in investment by 2020.

Regardless of these setbacks, the new figures from Weather Energy and the UK Government show that Scotland is setting itself apart from the UK trend. Investment in renewable energy has increased in Scotland. Even in the onshore wind industry, where UK Government cuts will be felt the hardest, there is growth. Onshore wind in Scotland supports 2,300 jobs, around 43% of the UK total, and is responsible for 51% of the UK’s turnover in the field.

Scotland is fortunate enough to have abundant natural resources for renewable generation. With less than 1% of the population of Europe, Scotland has 25% of Europe’s entire offshore wind power resources, 25% of Europe’s tidal energy resources and 10% of wave potential.

According to the European Commission strategy ‘A Clean Planet for All’, renewable energy offers countries the ability to localise energy production, thereby reducing energy costs for rural communities and creating highly-skilled green jobs.

For these reasons, renewable energy markets offer a huge economic opportunity for Scotland. Currently the renewables industry contributes £5.9 billion to Scotland’s economy and employs more than 21,400 people. Exports of renewable electricity are at their highest since 2017, yet international exports amount to only £349,500 demonstrating the difficulty of importing or exporting energy outside of the UK.

Therefore, there is a clear incentive to increase to investment in this market. Scotland has the natural wealth, it has the political will yet is lacking in the powers to meaningfully manage the renewables sector.

The effects of mismanaging an energy sector are especially raw in Scotland, where oil and gas resources have been squandered and passed on as tax breaks to the wealthy since the discovery of oil in the North Sea in the 1970s. Scotland cannot let the same opportunity pass again.

Despite voting to recognise a climate emergency (Scotland was the first country to do so), subsequent Westminster policy has notably ignored the implications of this. UK Government thinking is still clearly focused on the expansion of Heathrow and nuclear power plants such as Hinckley Point.

The differing priorities of the UK and Scottish Government’s mean that the case for giving Scotland the power over its own energy policy is simple and would allow both countries to tailor policies to their economic advantages. As a start, Scotland should gradually reintroduce taxation on the oil industry (abolished by the UK Government in the form of Petroleum Revenue Tax). These funds should then be ring-fenced for specific investment and development of the renewables sector.

Only by giving Scotland full control over the ability to shape the renewable sector will its full potential be realised. Although the new figures regarding Scottish renewable production are encouraging, Scotland is being held back from fully developing the sector.

You may also like: Scotland is one of the world’s most naturally wealthy nations