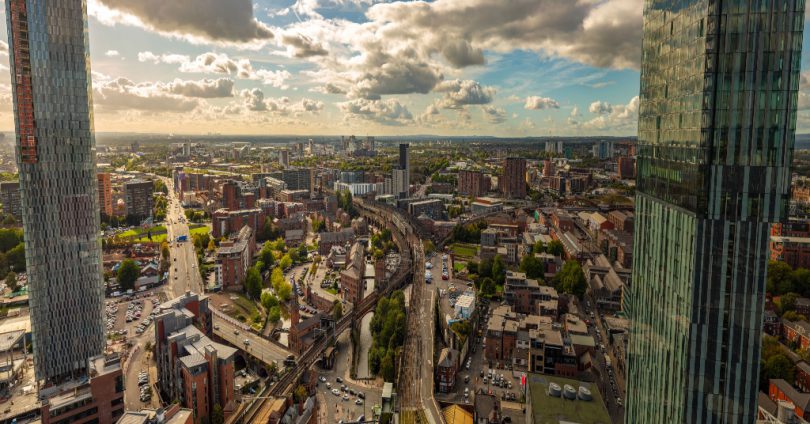 The role of opposition is an essential one in a democracy but when Tory MSP Murdo Fraser called yesterday on  Mancunians to flout Nicola Sturgeon’s travel ban he disgraced that role.

As an opposition MSP it is absolutely his job to challenge government decisions and to hold the ruling party to account. It is NOT his job to encourage actions that are in direct contradiction of legislation imposed to protect public health by democratically elected politicians.

In doing so he puts public health at risk, and not just by encouraging travel to and from areas where the number of Covid cases is dangerously high. By simply dismissing the need to comply with  legislation he doesn’t agree with,  Murdo Fraser sends a message that it is perfectly acceptable for everyone else to do the same. 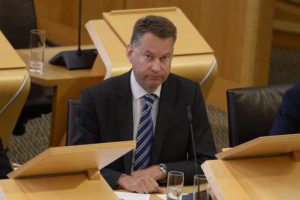 Murdo Fraser … not speaking for Scotland

It is frankly breathtaking that an MSP who failed just weeks ago to attract enough votes to win a constituency seat at Holyrood can suggest that he speaks for Scotland and the party who won that election does not.

Let’s be clear. Nicola Sturgeon won another term as Scotland’s First Minister and in that role it is her job to weigh up competing priorities and steer us out of Covid restrictions as fairly and safely as possible.

Of course businesses and individuals who feel they are being unfairly penalised will not agreed with all her decisions.

But I think it’s fair to say that the majority of people living in Scotland accept that she has attempted to do that job to the best of her ability and that the responsibility for doing so properly lies with her democratically elected government.

Murdo Fraser, of course,  does not accept that. His opposition to Scottish independence will not allow any credit to go to the Scottish government in case it makes the electorate more likely to vote Yes in the second independence referendum.

The  Conservative Party is quite at liberty to disagree with the ban and argue against its introduction. That’s not the same thing as urging people to ignore it

The First Minister has listened to her health advisers and decided that the levels of Covid in Manchester are too high to allow safe travel between the city and Scotland.

The resulting travel ban is entirely consistent with her actions within Scotland itself, where she has kept Glasgow, for instance, under stricter restrictions and travel rules than the rest of the country.

The  Conservative Party is quite at liberty to disagree with the travel ban and argue against its introduction. That’s not the same thing as urging people to ignore it. Murdo Fraser put his hatred of independence above health concerns when he appeared on BBC Radio Manchester and urged people living there to ignore the travel ban and come to Scotland anyway.

Stephen Reicher, a member of the Sage subcommittee advising the UK government on its pandemic response, has described Mr Fraser’s comments as “deeply unhelpful”.

Mr Reicher said: “First of all, what we need above all is clarity about what the rules are and the basis for those rules. I think it is perfectly reasonable to ask about the criteria for travel rules and to ask for clear communication about travel rules. But this does nothing to help achieve such clarity.”

His actions reflect the Tory party’s determination to attack support for Scottish independence by attempting to destroy Scotland’s nation status itself.

That’s why the Westminster government has ordered its diplomats to stop referring to the United Kingdom as four nations and to describe it as one country.

That is why the Westminster government has introduced the bizarre  concept of a One Britain One Nation Day when children will be urged to sing a song about ‘’shared values’’.

For some time now Boris Johnson, Michael Gove and Alister Jack have been working to obliterate the concept of Scotland as a distinct nation.

Murdo Fraser’s frankly dangerous bid to work against the Manchester travel ban has everything to do with furthering that Westminster aim and nothing to do with public safety.

But the facts fly in the face of this latest anti-indy campaign. Scotland IS a distinct nation, with its own legal system, education system, and government.

The United Kingdom consists of England, Scotland, Wales and Northern Ireland. It DOES include different countries.

Scotland IS increasingly going its own way, inspired by its own values and a confidence in its own decisions.

No Tory tactics can change those facts. Their attempts to do so are doomed to fail.