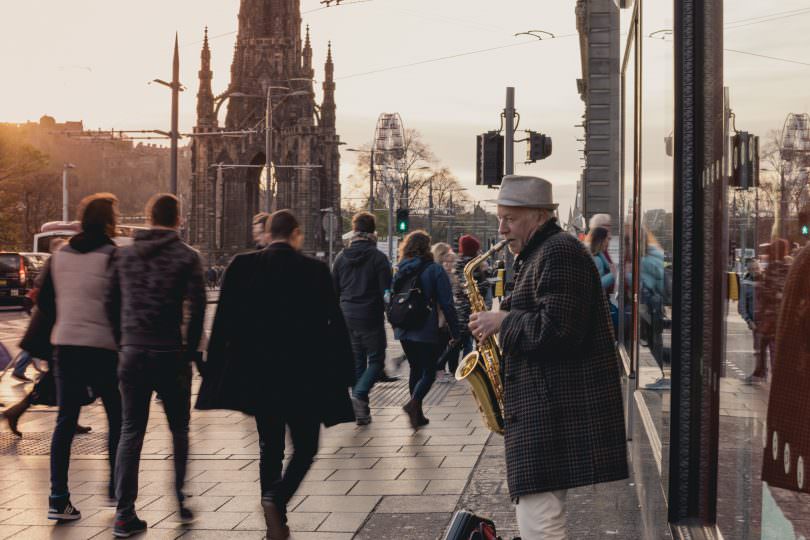 I try not to say I am in favour of a basic income; the new economic concept of paying every citizen a basic wage regardless if they are in work, pensioners or unemployed. Not because I don’t support it, but rather because there are so many variations of the concept. Saying you support it is like saying you support taxation, but not saying what type of taxation. What I support is a policy that Business for Scotland is actively developing and that is a Scottish Citizens Income (SCI).

The lack of understanding in the media has been plain to see recently in the coverage of the Finnish government’s reported decision not to extend its much vaunted basic income trials. There are two things you need to know about the Finnish trials. Firstly, it is coming to an end at the planned time and has not been cancelled, as has been suggested. The administrators of the trial want to extend it but the government had always planned to move on to trialling a universal credit system next as a comparison. So the story should be that the trial has been so successful that the organisers want it to continue.

The second thing you need to know is that the Finnish government is not actually trialling a basic income. Despite all the hype they are actually trialling new unemployment benefits replacements, hence the universal credit trails. The so-called Finnish basic income is only being received by 2000 unemployed people aged 25-58. You can’t extrapolate that data to paint a picture of what basic income would achieve if applied across the whole of society.

Basic income is supported across the policy spectrum in Scotland, from left-wing think tanks such as Common Weal, to right-wing ones such as Reform Scotland, to pluralistic ones such as Business for Scotland. However no two versions, nor the plans to fund them, are the same. The basic idea, as I have written about at length, is that automation is killing jobs and, for the first time in history, is not creating new ones through increased productivity-driven growth.

A jobless society will take generations to materialise, but the gig economy and zero-hour contracts are its forebears. However, people on benefits taking such temporary work can lose benefits, so a well-designed basic income system would help unemployed people into temporary jobs, as opposed to forcing them to remain on benefits. It also gives those in the gig economy steady income between jobs and keeps them out of poverty.

A Scottish Citizens Income would gain support across the economic spectrum because the economic system is changing so dramatically people are looking for new innovative ideas and policies to save us from future economic collapse.

However, trying to launch a successful basic income trial while wed to the increasingly neo-conservative failing UK economic system would be akin to throwing watercress seeds into a bath of acid and expecting them to thrive. We need a fully independent, fiscally autonomous Scotland to implement a workable economic system for Scotland’s future.

In the longer term, a jobless society would require a replacement for HMRC and NIC revenues. This is why SCI has to be tied into the launch of a publicly owned Scottish Citizens Bank (SCB), which would adopt a sovereign money-creation approach.

In an independent Scotland, a Scottish Citizens Bank would address the high street banks’ market failure to meet the society’s needs, creating an economic opportunity. It would return profits through interest on loans and realised investments as government revenue to underpin an SCI. The SCB would also provide local banking services in rural areas and create urban cash-handling centres for retail businesses, where the commercial banks have abandoned their local communities.

A temporary trial such as Finland’s won’t demonstrate permanent behavioural changes. People can’t leave their dead-end job and start small businesses if the basic income isn’t permanent – it won’t change the risk profile permanently. However, do it right and Scotland would become the most entrepreneurial nation on Earth. Those that can do so will use the SCI to get out of poverty, get on the property ladder, start a business. Those that can’t will have more disposable income to spend in those new shops and with small businesses, creating new wealth and more jobs.

Sure, SCI is hard to pay for if you give everyone an SCI without breaking the private banks’ monopoly on lending and creating new money. However, you can also deduct the cost of all benefits and pensions payments. Any financial model would also have to include the extra revenues from people in work being moved into higher tax bands and from new business activity. Those becoming self-employed whilst in work would free up jobs for the unemployed and the health and wellbeing benefits would, over time, take the pressure off the NHS Scotland budget.

So who to trial it with? Scotland’s most vulnerable groups are the young, the unemployed and the aged. We will already know from the Finnish trial what happens when you give it to the unemployed in isolation. So it would make sense to test in areas with the highest youth unemployment and where the majority of the 150,000 Scottish pensioners that live in poverty in Scotland reside. Test it with those two key groups and see how it transforms their lives and their communities.

Of course we can’t implement a fully workable SCI without the full fiscal powers of independence and a move to a new, better set of economic and societal values. So those young people would have to actually vote for independence, not just passively support it, and the pensioners’ incomes would be transformed from the worst in the developed world (in terms of percentage of final salary) to finding themselves comfortable, safe and secure in their old age.

Maybe that will convince them of the benefits of an independent Scotland for themselves and, simultaneously, for their grandchildren.