If I were to choose one single policy that would stimulate economic growth, employment and business profits it is dealing with late payments to small to medium sized businesses (SMEs).

SMEs constitute 99.4 per cent of Scotland’s businesses, employing 1.2 million or 55.6 per cent of all private sector employment and generate 39.4 per cent of private sector turnover. They are the backbone of the Scottish economy but are starved of cash through late payment, mainly at the hands of large business and the public sector.

Bank of Scotland research showed the average Scottish SME is owed more than £79,070 in outstanding invoices, up 59 per cent in two years. Well over a third of businesses claim that late payment is the single largest contributor to cashflow problems – and limited cashflow leads to a lack of investment and the inability to grow, take on more business and more staff.

Big companies are claimed to be the worst payers as small businesses are afraid to go legal to get money back or to apply the EU right to claim interest on late invoices for fear of losing the business. The Scottish Government has a guideline of 10 days to pay bills and that’s great – but it’s voluntary for other public sector bodies and Scottish councils, the NHS and other public sector bodies are said to be among the slowest payers.

It’s fair to say that the new role of UK Small Business Commissioner (faint praise for Westminster here) will mean there is a dedicated government resource to challenge late payment through arbitration and big companies that are late payers will be named and shamed. However, a Commissioner’s Office based in London will have little time nor ability to understand the unique circumstances and nature of the Scottish economy and the Scottish Government will have missed a trick if they do not find a way to appoint a Scottish Small Business Commissioner, which I hope would have full support in the Scottish Parliament.

Small companies which grow take on comparatively more people than big companies. And as they tend not to work in commodity sectors but have found ways to create added value services and products which can generate higher prices, so they tend to pay reasonably well and require more skilled labour. Ensuring cashflow to these business is the single largest opportunity for economic growth and employment open to Scotland and it’s really not that hard to do. 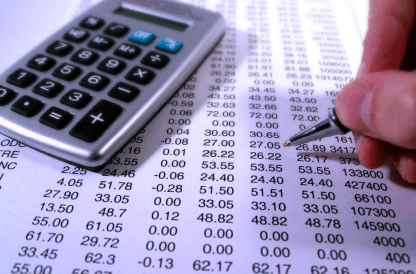 Business for Scotland polled 308 of our SME business members on late payment and cash flow and found that late payment is a bigger issue in Scotland than in the rest of the UK with 38 per cent saying that they regularly had problems with customers paying late. Some 41 per cent per cent said that they had waited 90 days or longer beyond the due date for customer payments, 15 per cent said they regularly wait 20 to 30 days beyond the agreed payment and 19 per cent regularly wait 31 to 50 days. And 80 per cent of respondents have not charged late payment interest as they are currently entitled to do by EU law due to fear of lost future orders – thus demonstrating current voluntary rules do not do the required job.

Many business owners claimed that they spent days every month chasing bills when they should have been adding value to their business. And even smaller companies with 10 or less employers claimed that overdraft and admin costs related to chasing late payments were costing them over £1,000 a month.

An SME offered a major contract may have to produce large stockpiles of goods, tying up cash in stock and work in progress. Then, if payment is late, wages can be missed, other customers orders can’t be fulfilled and often they have to explain to their own suppliers why they are not getting paid. So late payment spreads through the supply chain like a virus and is a leading cause of companies actually going out of business.

One respondent said: “The biggest problem we have is that our customers are slow to pay us because people are slow to pay them. In turn this obviously results in us being slow to pay our suppliers…” Only legislation and not voluntary codes can cure this ongoing problem.

The Scottish Government, with cross party support should join to gather and call for a Scottish Small Business Commissioner.

If the Scottish Government wanted to generate additional one to two per cent GDP growth in a year, rising to three per cent in year two, and create a more entrepreneurial economy, rapidly increasing new business start-ups while halving small business insolvencies and business-related personal bankruptcies, then addressing late payment is the place to start.

Some 86 per cent of the businesses polled would support a law making late payment charges mandatory. However, there is an easy way to improve the situation in Scotland. The public sector was quoted as being the worst culprit for late payment – specifically the NHS and local councils – and so extending the Scottish Government’s 10-day target to other public bodies and making it mandatory to pay suppliers in 10 days would put a dent in the problem and make Scotland a more attractive place to do business.

Larger companies also ask smaller suppliers for payment terms from 60 to 120 days or the small firms don’t get the orders. One business owner said: “No point in even discussing terms with the corporates. You just accept their terms or you don’t get the business. And you don’t want to risk being labelled a trouble maker.”

The beauty of addressing late payment is that no one loses out and almost everyone gains. All you are doing is forcing the late payers to honour the contract they signed or, in the case of restricting the ability of large corporates to demand for more than 30 days payment terms, you are just forcing them to demonstrate fair and good business practices they can well afford. Small businesses will hire more people, wages will rise slightly and there would be significant increase in the velocity of money flowing through the real economy.  Banks may claim they will lose out on overdraft and factoring fees but those are economically negative charges and as the economy grows and small firms become a better credit risk, the banks will more than make up for it on back of interest on expansion loans and venture capital.