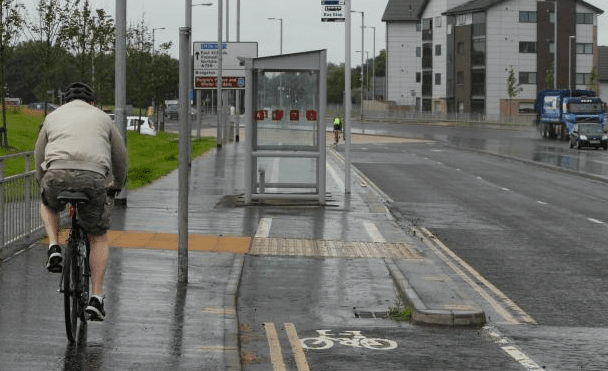 Every day someone tries to kill me, or at least that’s how it feels; you see every day I cycle to work in Glasgow.

Not just in Glasgow but right across Scotland, the cycling infrastructure and road safety measures for cyclists are deplorable. The Scottish Government and city councils are box ticking with investment and missing significant economic, health, well-being and productivity bonuses by not properly addressing cyclists’ needs. Don’t get me wrong there have been significant infrastructure improvements and a noticeable increase in numbers of cyclists, but Scottish cities are lagging behind their European counterparts and safety is a big issue.

Most days on my daily 4.5-mile (each way) commute, I have to take emergency action to avoid being knocked down and out of hundreds of potholes there are three in particular that are guaranteed to unseat any rider. My journey includes roughly 400 yards of proper cycle track (kerb segregated from road) but it has speed bumps. Speed bumps are OK for mountain bikes but not for my road bike, that and the fact that the traffic lights at the end prioritise cars means I don’t use it. There is about the same distance of painted cycle lanes (no kerbs) along the roadside, which are dangerous as people are guaranteed to park in them or just use them as extra road for undertaking often without looking, although to be fair most drivers give cyclists more than enough room.

Of people who choose not to cycle to work, according to Cycling Scotland, 34.6 per cent say drivers are inconsiderate, traffic goes too fast or there are too many cars on the road. Those barriers can be removed with the right infrastructure and a connected network of cycle lanes. Another 36.2 per cent think that their journey to work is too far; although a 5km commute is usually faster than public transport and offers two good work-outs a day.

It’s strange that people spend hundreds of pounds per year on fuel and parking to drive to work and then buy a gym membership to sit on a stationary bike in order to get fit because they drive to work.

A further 19 per cent say Scotland is too wet but Amsterdam has more wet days per year than Glasgow, Edinburgh, Aberdeen or Dundee and 40 per cent of all Amsterdam journeys involve bikes.  Dublin is a great example of a city with similar weather to Scotland that is benefitting from increased commuter cycling. The Glasgow NextBike rental scheme is still in its infancy, averaging 162 rentals per day, but Dublin Bikes is one of the most successful bike hire schemes in the world with a record of 15,400 bike hires a day. 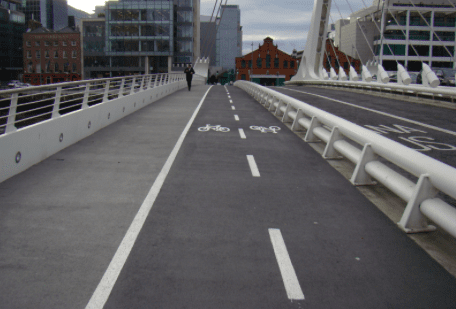 Add in owner-cyclists and that accounts for almost 11 per cent of all traffic in Dublin versus 1.3 per cent in Glasgow and 2.5 per cent in Edinburgh. Colm Ryder of the Dublin Cycling Campaign, a strong lobbying voice for cycling that helps drive transportation policy in the Irish capital, still feels that much more infrastructure investment is needed to match European cities; he points out that cycle traffic on the 6km Grand Canal Cycle Track has doubled over five years. Now more people in Dublin cycle than travel by tram, an interesting comparison for Edinburgh’s planners.

Air pollution is also a huge problem in Scottish cities; compare the estimate of 9,000 cyclists per day in Glasgow claimed by GCC to the 25,000 daily vehicles on the city’s Hope Street, making it Scotland’s most polluted street. Air pollution is an invisible killer and air pollution-related illness is estimated to cost Scotland’s NHS £2 billion every year. Studies also show regular cyclist commuting results in an 11 per cent reduction in cardiovascular disease and cyclists take 15 per cent less sick days. Cycling investment pays for itself both economically and environmentally. The Copenhagen Project claims that every kilometre cycled leads to a 13p economic benefit to society; and 40 per cent of Copenhagen’s traffic is cyclists.

I can personally vouch for the health benefits, after giving up my car over a year ago. Since committing to cycling rather than public transport for all short journeys from July this year, I am now 18lbs lighter, fitter, more productive, happier, have far more energy and haven’t been rained on once. 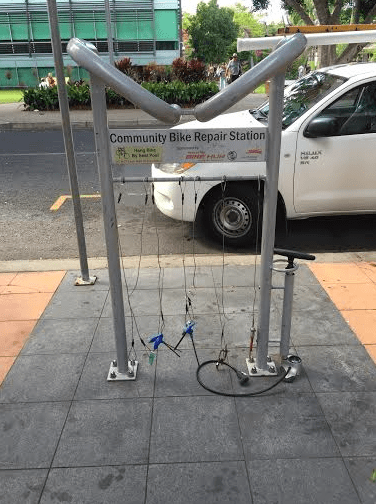 Scottish councils and the Scottish Government should note the Sustrans Survey this week showing 75 per cent support for significant increases in cycling infrastructure budgets. We need secure city centre bike racks, ramps on stairs, space allocated on trains and buses and well-designed signposting. Safe separated cycle tracks (not lanes) on all major commuter arteries into cities. We need a cultural change in both acceptance of cycling by commuters and in cycle safety awareness by drivers. We need improved involvement by cycling lobby groups in city planning processes. We need traffic calming measures to slow traffic down – although with more cyclists traffic flow should be better anyway. We need rapid expansion for bike rental and some form of reward for firms that encourage cycling, such as grants for shower facilities.

Glasgow’s new South-West City Way of 2km of segregated cycle track is a move in the right direction but city councils should keep a close eye on Edinburgh’s 20mph limits and pilot ban on cars around primary schools at drop-off and pick-up times, so that more children can be encouraged to cycle to school and grow up with a culture of cycling. Every time a child rides a bike safely, the world becomes a better place.