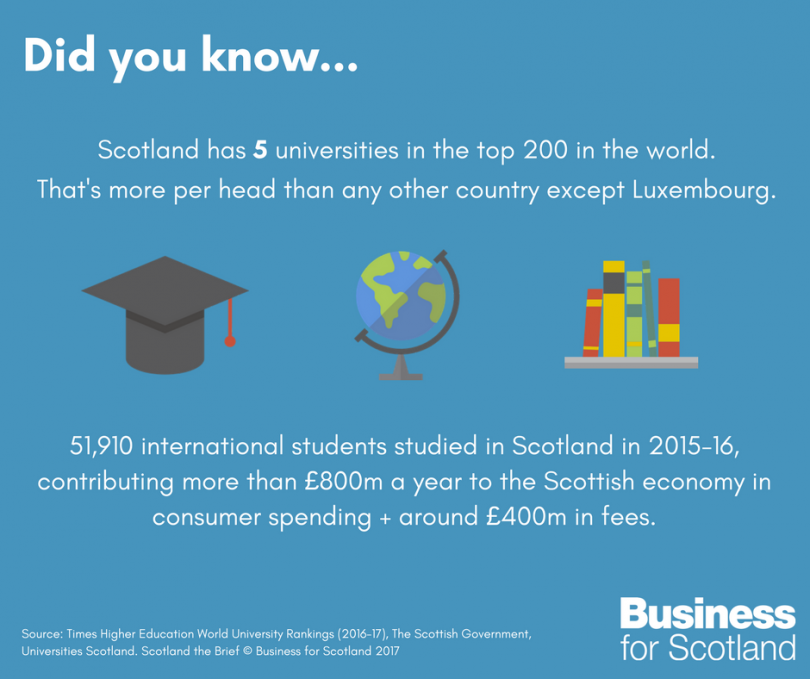 The poll results showed that 71% of adults in Scotland think international students have a positive impact on the local economies of the towns and cities in which they study, with 67% agreeing that this economic contribution helps to create jobs.

In addition to this more than 80% of adults in Scotland agree that international students should be able to work in the UK for a fixed period of time after they have graduated, rather than immediately returning to their country of origin. 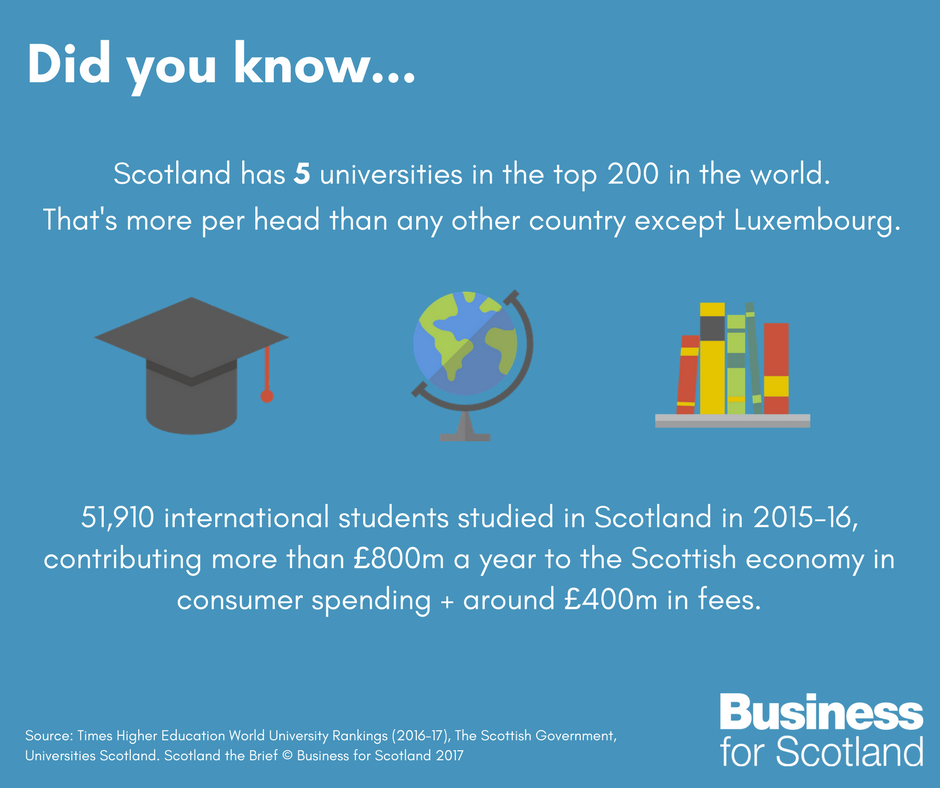 Last year Business for Scotland criticised the UK Government’s anti-entrepreneurial stance on blocking the Post Study Work Visa (PSWV), as disregarding the views of the majority of Scottish businesses and universities, a report following this by the Scottish Affair Committee found an “overwhelming consensus” backing the PSWV.

The PSWV, which allows talented students to remain and work in the country for a limited period of time after their studies are complete, was shelved three years ago. But it was agreed, as part of the Smith Commission, that there would be consultation on the possibility of reintroducing it in Scotland. However, Scottish Secretary David Mundell blocked the proposals without consultation and before the Scottish Affairs Committee looking into it had the chance to report on their findings.

“Scotland has five universities in the global top 200 of the the Times Higher Education World University Rankings 2016-17, more per head of the population than any other country except Luxembourg.  51,910 international students studied in Scotland in 2015-16, contributing more than £800m a year to the Scottish economy in consumer spending, and around £400m in fees.

“Scotland needs to continue to appeal to, and maintain access to, international students for the sake of our universities and the economy as a whole.”