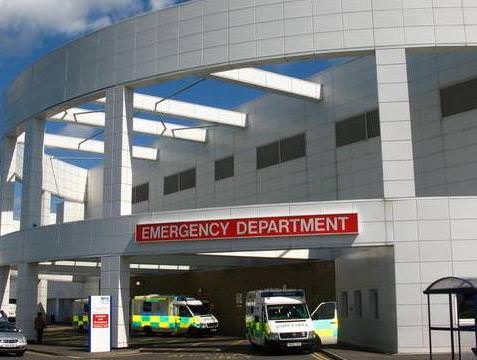 So the NHS  is 70 years old. Or should I say NHS Scotland, NHS England and Wales and NHS Northern Ireland are 70 years old. From the outset the different NHS services have been run as separate entities, founded by different Acts of Parliament (Wales devolved since 1999) and with the onset of the devolution age the way those services are run and funded has diverged.

Although independent, they have until recently had near identical contracts for doctors across the UK. However Jeremy Hunt’s doctors contract reform has increased the working burden and decreased pay – so England will now have different contracts to the other services. Likewise, the Scottish Government’s 9% pay rise for NHS staff (not doctors or executives) over the next three years when compared to England’s 6.5% makes it more attractive for nurses, for example, to work in Scottish hospitals.

In all UK nations the NHS has become a revered institution, and rightly so. Although, it has also become a sacred cow political issue at elections, making it a real vote loser if a party wants to reduce NHS spending.

This explains why the Conservative party, which has many leading figures who would like to get rid of or privatise most of the NHS, is pledging to significantly increase the English NHS budget in the next few years.

Theresa May has pledged to increase NHS funding by £20 billion post Brexit. The money for this, she claims, will come from the savings on EU membership and possible tax rises. There will be no EU membership savings from Brexit, however, as Government revenues will either fall as the economy retracts with a hard Brexit or soft Brexit access to the single market and customs union will cost almost as much as membership did.

So there will have to be big tax rises to fund that £20bn, offered largely so the PM can maintain support from the fools that painted an uncosted promise/lie on the side of a big red bus.

The most likely target for tax rises will be fuel and spirit duty which will damage sales of whisky and gin (from Scotland) and disadvantage rural Scotland where fuel taxes increase delivery costs and longer journeys are often required.

Don’t think that the extra £20bn will mean better NHS services – standard inflation and the cost of Brexit to the NHS will eat up most of that increased spending.

For example, Brexit will cause significant staffing problems for the NHS across the UK albeit potentially slightly less so in Scotland. One in 20 of Scotland’s doctors comes from other parts of Europe, and the BMA fear that one-third of Scotland’s European doctors will leave because of Brexit. Some 4% of nurses and midwives in Scotland hail from Europe and registrations for the Nursing and Midwifery Council fell by 87% in 2017/18 whilst 29% left it altogether.

So will that £20bn promised to the English NHS help Scotland? The way the Scottish block grant works is that the UK Chancellor sets a budget to run England and the Barnett formula takes a population percentage share and adds a small increase which it supplies to the Scottish Government to spend as it sees fit.

Two important points here are that: 1) This flexibility to set its own budgets has allowed the current Scottish Government to spend £10,651 per head of population on the NHS in 2016/17 whilst England spent just £8898. 2) The Barnett formula is not a bonus as there are dozens of ways in which the UK removes money from the Scottish budget that far outweigh any Barnett benefit.

If privatisation in England reduced costs (otherwise why do it), then the English health budget would reduce and so would the funds allocated to Scottish health. The Scottish Government has the ability to maintain its NHS spending – it just has to cut elsewhere or raise the taxes it has control over.

It’s worth noting though that OECD data reveals that government-provided healthcare systems cost the state less than private ones, and generate higher patient satisfaction and more available hospital beds.

It’s worth pointing out (as I have done before) that any US trade deal will require NHS access for US health companies. That threatens the independence of the Scottish NHS, as currently the Scottish Parliament could block such a deal – another power to be ripped from Scotland?

Finally let’s deal with one of the most ridiculous 2014 scare stories – that after independence patients needing to travel to the rUK for treatment would not get those treatments for free.

As the two NHS services are already independent of one another, there is an existing system in place. When a patient from Scotland is transferred to England for specialist care, the English NHS providers invoice NHS Scotland for providing that service. It isn’t free now.

With a significantly larger population and a more acute shortage of beds, the English NHS appears to be sending more patients to Scotland than Scotland is to the rest of the UK.

NHS England won’t tell me how many patients they send to Scotland and infuriatingly the Scottish Government don’t require Scottish NHS boards to keep track.

However, I do know of a specific case where NHS England is sending seriously ill anorexia patients hundreds of miles to Scottish care units due to care bed shortages in England. One English NHS patient transferred to Glasgow’s (private) Priory Hospital, claimed that “the number of English people there massively outnumbered Scots”. I will keep digging.

So the single largest threat to funding and staffing of Scotland’s NHS at 70 is Brexit-caused staff shortages and the threat of Brexit-led privatisation. Indeed, NHS Scotland’s independence is currently protecting the service, its patient and staff.

Clearly in an independent Scotland health services provided free at the point of need would be a higher priority for any Scottish Government than it is now, or can ever be in a post-Brexit UK.