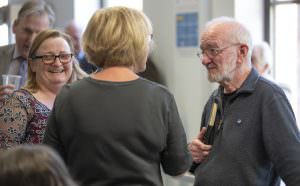 Fifty leaders of local and national independence groups from Berwick and Dumfries to Inverness and the Western Isles converged on Business for Scotland’s Glasgow HQ for the Launch (to the Yes movement) on Tuesday, May 22nd of the new Scottish Independence Ambassador Programme.

The programme is administered by Business for Scotland and is based on our highly successful 2014 referendum ambassador programme, but this time it’s not just for business people. BfS ran a pilot programme for our business members in February and event feedback forms universally called on us to roll the training out to the entire Yes movement – and so that is what we have done.

Ahead of the main promotional push, more than 250 Independence supporters signed up to join the programme in the first two weeks effectively putting us months ahead of our sign up targets. 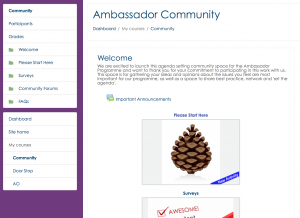 Those founder members are already discussing tactics, best practices and networking through our secure online learning portal’s community section, (called Prosper).  You can join them, just sign up here.

We believe that the Independence Ambassador Programme has a vital role to play in winning Scotland’s independence in the coming second Scottish independence referendum. 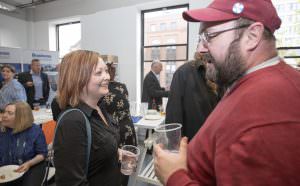 We know what moved the polls in advance of 2014 and we know what stopped us getting across the line. The momentum in 2014 came from the grassroots movement discussing with passion and energy, marching, doorstepping, educating, informing and convincing people to believe in Scotland and that’s what will win in 2019.

The difference is that this time we need to find a way not to direct but to service and support grassroots campaigners with skills training, messaging, leaflets and campaign materials – allowing them to do the job they want to do. That’s what will win people over to voting Yes.

The Ambassador Programme is largely a conversion, skills-based course. However, we will also make sure the Ambassadors have access to FAQs that will include BfS thoughts on key issues, and we will also make sure they have access to the answers of other organisations so that you can talk to a businessperson, a trade union official, a pensioner, teenager, anyone as the core of the programme is developing the ability to open discussions, question, identify frames, communicate, educate and convert. 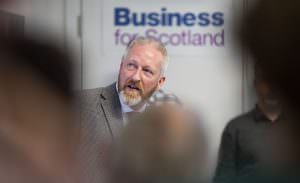 Gordon MacIntyre-Kemp of BfS will lead the Ambassador training sessions.

BfS doesn’t have the money being thrown at the Unionist campaign groups but we have a certain know how, campaign expertise and the sufficient resources to offer a service to grassroots campaigners and activists.

So we want to train more than 1,000 Ambassadors before the end of 2018 through our face-to-face Ambassador gatherings – then to train another 1,000 online.

Some people have already told us they will commit almost full-time and others have asked if it’s ok to join and just convert a few friends. Both are great – it’s up to people how much time and commitment they put in as an Independence Ambassador.

Those Yes group leaders were “inspired” at the launch and spoke to us afterwards:

“This has shown such professionalism, my mind is full of it in such a positive way, I feel truly inspired. It’s given me a way forward and in Berwickshire we have a difficult area but I can now see ways of getting through to people we don’t normally get through to.”

“I don’t’ want to be negative, but I have just realised how many terrible mistakes were made in 2014 and we don’t want to make them again. This has been inspiring and informative.”

“Its really important to equip people with the skills to engage constructively and effectively with people open to persuasion. This Ambassador Training is the catalyst and will cascade out to the wider movement. I will definitely take this back to Yes Bute and SNP Bute also.”

“I have been somewhat out of the movement since just after the vote in 2014 but coming to the meeting and hearing about the Ambassador training has made me want to re-engage – I find the whole idea inspiring.”

You can find out more about the programme, read testimonials, see our initial event plan and sign up here.