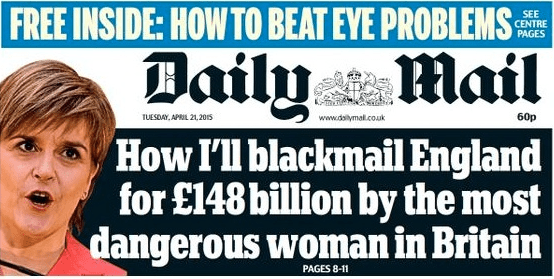 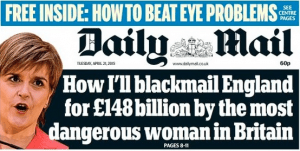 Knowledge is power said Francis Bacon and several hundred years later that observation holds true. The ability of a nation’s population to access knowledge, or at least unbiased opinion on matters political, social and economic, is a true measure of the democratic progress of that nation.  Politics has become a battle to define versions of the truth and so dominate the population’s thinking.  It helps, therefore, if you are able to control, or at least heavily influence, the flow of information to the people. Which is where media control and spin come in. In my lifetime, if you didn’t have the media on side then winning an election required your opponent to make a catastrophic mistake, like running away from cuts protesters and hiding in a sandwich shop when they should be asking them for a selfie.

Over the last few generations mainstream media ownership has been a source of great power and, given its past profitability, its ownership has become dominated by those who seek power, influence and fortune, those most unsuited to own the press. Those who wish to exercise power also prioritise the maintenance of power and so become the enemy of change. They create institutions to protect the ideas that brought power and now the UK’s press and TV news media have merged with the Westminster institution.

As media owners became wealthier, democracy became poorer.  The job of the media became selling newspapers and attracting viewers, not keeping people informed but keeping people buying their media.  This uber-commercialisation created global media corporations and led to a crisis in the fourth estate. The BBC being state funded should be held to a higher standard, has lost the balance between public duty and reporting balance, especially on Scottish politics.

Sensationalism, celebritisation, superficiality and shock have become the stock in trade of the mainstream press. Applying this commercial siding with the majority and belittle, even persecute, the minority to sell newspapers. Those that oppose the status quo are labled as rebellious, idiotic, dangerous and even criminal, regardless as to the merit of their cause.

Time after time large marches calling for an end to poverty or austerity go completely unreported – unless someone breaks the law when it becomes front page news.  Students marching against student fees merited coverage but what was reported was that windows got smashed and some idiot threw a fire extinguisher off the roof and “could have killed someone”, all true of course but repeatedly showing images of broken glass allows the media to paint people with a valid cause as mobs, rioters and criminals.  Another trick is highlight extreme examples of people within minority groups.  There are people who steal benefits, people who take from society but don’t contribute. They may be one in a hundred thousand but if you can find one, make a TV program about them and put them on Big Brother to be booed, then you can convince the masses that all benefits claimants are alike.

Another trick is deliberately burying news, on Tuesday Westminster voted to retain the power to dissolve the Scottish Parliament, in direct contravention of one of the key promises of the Vow. That was huge news but the big Scottish story of the day was that known English supremacist David Starkey (he describes Scotland, Wales and Northern Ireland as “feeble little countries”) and blamed the London riots on white people becoming the new blacks, was wheeled out to ridiculously liken the SNP to Nazis and divert our attention.  His rationale was mainly that the Saltire looked a bit like a swastika; as a historian he should have known the modest christian origin and symbology of the St Andrew’s cross. He also pointed out that kilts show the knees just like lederhosen, a little bonus anti German racism too. If I remember my history correctly, the Nazis wore knee covering uniforms designed by Hugo Boss.

Finally, another trick is to use headlines that don’t match the article content. Last week I noticed the BBC headline that “Police Scotland are solving fewer crimes”; even solving fewer crimes on a per head basis as well.  The fact is that with crime at a 40 year low and 1,000 more police on the streets, it is almost statistically impossible for them to solve more crimes. STV did themselves proud with the same story when they reported “Recorded crime falls by 35% over seven years”; they also pointed out that crimes solved had risen from 47% to 51%.  Identical facts but diametrically opposed reporting stances that demonstrates that the BBC is failing in its public duty, despite the sometimes heroic attempts of individual journalists and producers to be neutral against a background of institutional bias.

When Edmund Burke in 1787 pointed to the Westminster press gallery calling them the fourth estate, those challenged with holding the Government to account by being the eyes and ears of the people, he cut the cloth for the role of the press for years to come, but not now.

Douglas Alexander, Labour can’t compete when people have access to their own facts

The old estates (the aristocracy, church and the House of Commons) have lost their potency and have become subservient to the mass media, fearing the fall of the sword of Damocles. In turn, old media is dying a slow death at the hands of the internet and social media.  If Burke was alive today he would point to his smart phone and declare it the fifth estate and new saviour of democracy.  Douglas Alexander admitted as much when he blamed Labour’s decline on being unable to “engage with a very rapidly changing media landscape in which facts are not common and, actually, people have their own facts”.

New ways of knowledge and information dissemination have always challenged global power structures, from the Gutenberg press to the internet and now social media; when people can hear credible opinions and evidence via friends, family and contacts that challenge the perceived wisdom of the status quo, then change is on its way.  The Media Barons in the London-centric press were living on borrowed time the second the mob started educating one another on their smart phones.

The revolution will still be televised, it’s just that it will be shared, liked, tweeted and updated first.  If old media is to survive, they have to reflect the new social conversation and become super-sharers. It’s no coincidence that the two newspapers growing and launching in Scotland are those that decided not to reflect the view of the state but that of a social media-savvy minority, fast becoming a majority.