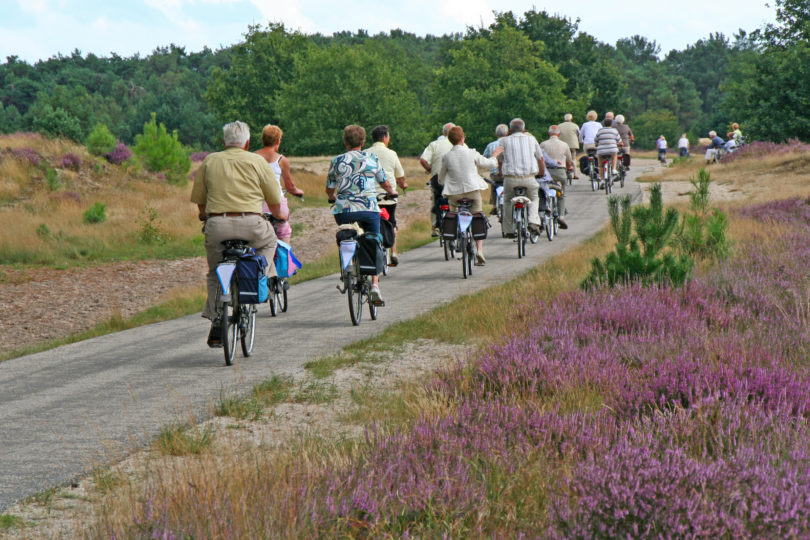 The basic state pension in the UK is the lowest in the developed world, at £137.60 a week which amounts to a paltry £7,155.20 a year. There is a higher rate of £179.60 a week but that is only available to people who retired after April 1st, 2019, so it is only paid to a small percentage of retirees. In 2018 the UK pension was worth 28.4% of UK citizens final earnings which was the worst in the developed world. It has now fallen to only 21.6% of final earnings and will fall further in the future as the UK Government has (against their own manifesto promise) removed the triple lock pensions protection. The triple lock was a safeguard that increased the basic state pension every year in line with whichever was highest: inflation, the average wage increase or 2.5%. This year inflation would have been the highest and so pensioners will only get 3% which equates to as little as half what the triple lock would have delivered.

As a result, UK citizens are expected to make private provision for their retirement but not all can, this leaves the poorest and most vulnerable in our society locked into pensioner poverty, so that model has problems for a number of reasons. When Scotland becomes independent, this will be an opportunity to reset how pensions work and match them to the needs of Scotland’s pensioners. A newly independent Scotland may want to borrow ideas from other countries. For example, Denmark has a national pension savings fund which delivers a secure retirement income for its citizens. In the US, there is an age range where people can start claiming their state pension – which is three times higher than the UK.

In the context of post-independence negotiations, it might also be instructive to look at Ireland, which has a reciprocal pension agreement with the UK to protect the rights of citizens – as well as across the EU.

As explained above the state pension is much lower than the OECD or EU average as a percentage replacement of income. Some argue that this gives a misleading figure as many UK citizens use private or workplace schemes to save for retirement. But this does not work for many. Levels of poverty among 65s are high and rising.

Once, it may have been the norm to spend your entire career in a couple of jobs. But the rise of the gig economy means the generation now reaching mid-life is more likely to be self-employed. In 1975, 8% of workers were self-employed; by 2019, this had increased to more than 14%. Over half of the solo self-employed earn less than £300 a week. A musician, a freelance web designer, a pizza delivery driver and so on are not likely to be making significant pension contributions.

If you change jobs frequently, or veer between periods of employment and self-employment, it can also be challenging to keep track of and manage different schemes and many work pension schemes expect at least two years of contributions before they pay out, so many people have paid into pensions schemes in multiple jobs only to find that they are worthless. The pensions market in the UK is fragmented – people have lost track of an estimated 19 billion in pension pots. This complexity and reliance on individuals to manage their own funds increases the degree to which people in the UK are exposed to fraud and cybercrime, related to pensions.

On top of this many people, the most vulnerable in our society, are not protected by workplace pensions. This could be because they retired before the roll out of Work Place Pensions to all companies in 2018. Or as they earned so little (minimum wage) that they had to opt out of the schemes or had experienced illness or disability, were stay at homeparents, full time carers, posibly worked part time or simply experienced long-term unemployment due to deindustrialisation. These individuals (mostly female) have no safety net and rely on the basic state pension. Let’s be clear, UK Governments of both political colours have, for several generations, deliberately kept state pensions low to force those that can afford it to take our private pensions in order to boost the UK finance sector and in particular the city of London. Pensioner poverty is a UK Government policy, it is an economic tactic, and it is disgusting.

There is already a problem of old-age poverty in the UK, with 2 million pensioners living below the poverty line and the number is growing. Age Scotland says 150,000 pensioners in Scotland live in poverty. This year, inflation is running far ahead of the 3% rise in the pension rate which will make that situation worse.

When an American talks about their ‘social security check’ they mean their old age pension. The amount you get depends on when you start claiming. The pension is 66 or 67 depending on when you were born. You can, however, choose to start claiming from age 62 – but that will permanently reduce what you get by a significant amount. You can also postpone claiming until age 70 – and that permanently increases it. A US citizen who paid contributions on a low wage, claiming from age 70, gets about £22,000 a year – up to a maximum for higher earners of about £36,000. This is automatically raised in line with inflation – it is going up by almost 6 percent in 2022.

If you read an article on saving for retirement in a US magazine, the top tip will always be to postpone the pension start date. It is the single most effective way of raising your retirement income.  Many low and middle-income Americans do what they can to live without claiming in these years. So, 67 to 70 are the peak ‘snowbird’ years – that’s when they might decide to rent out the house, buy an RV, go live in a national park and work in the gift shop, for example.

The amount someone gets in the US varies to an extent on how much they earned and what they paid in. Like the UK, the pension is based on 35 years of contributions, but it is not a flat rate, it takes account of higher earnings up to a ceiling of £100,000. If someone has worked more than 35 years, it is all index-linked for inflation and then the lowest years are dropped. So, for someone who worked 35 years on the average wage, those gift shop earnings won’t affect the final tally.

In Denmark, a basic state pension of £8,500 a year is supplemented by an additional means-tested payment of about £9,000 for those without financial assets, so the guaranteed minimum is £18,500. People with additional needs can claim significant extra help.

But almost everyone in Denmark pays into the Danish Labour Market Supplementary Pension, the ATP.  it is voluntary for self-employed people, but the vast majority do participate. People can have their contributions paid for them during parental leave and periods of unemployment.  Danes can also choose to defer claiming their pension in return for a higher payment later on. They can choose to defer for up to ten years.

“Pension rights with ATP are accrued on a what-you-pay-is-what-you-get basis. In principle, each generation finances their own rights and ATP is devoid of intergenerational transfers,” the OECD reports.

Technically, ATP buys a deferred annuity for every person who joins the scheme, keeping back some of the money to provide investment buffers and hedges against volatility. The fund generally performs extremely well and delivers a good return.

According to the Mercer Global Pension Index, Denmark has: “A first-rate and robust system that results in a good pension, is future-proof and demonstrates a high degree of integrity.”

Since Brexit, the Irish Government has rolled over its reciprocal agreement with the UK, to protect the rights of people who spend part of their working life in each country. It means there is no risk of having to pay into two systems within the Common Travel Zone.

Post-Brexit, even UK citizens who do manage to secure visas  to live and work in EU countries now face the possibility of having to pay into the national insurance system where they live, while also making voluntary contributions to the UK Government in order to protect their right to receive the basic UK pension on retirement.

Ireland has similar problems to the UK, relying heavily on a fragmented workplace and private pension market. Both countries have large swathes of the population without any retirement savings. Most of those in both countries who do have a private pension are likely to end up generating only a very small additional sum each year. However, the percentage of over 65s in Ireland who live in poverty appears significantly lower than in the UK or Scotland. According to the Central Statistics Office, it fell from 4% to under 2% this century. In the UK, the House of Commons Research Library estimates about 15% of over 65s are in absolute poverty.

Reducing the risk of poverty in old age is clearly challenging. Many countries face issues over providing for an aging population with unpredictable working patterns.

But, by international standards, the UK is doing a very poor job of meeting the challenge.  The state pension is the lowest in the developed world. The private pension system doesn’t work for many people, especially vulnerable groups.

An independent Scotland will have the opportunity to come up with new solutions to these problems, learning from similar-sized countries such as Denmark.

How Denmark does pensions – a Dutch report, the OECD report

The US – calculating social security, the OECD report