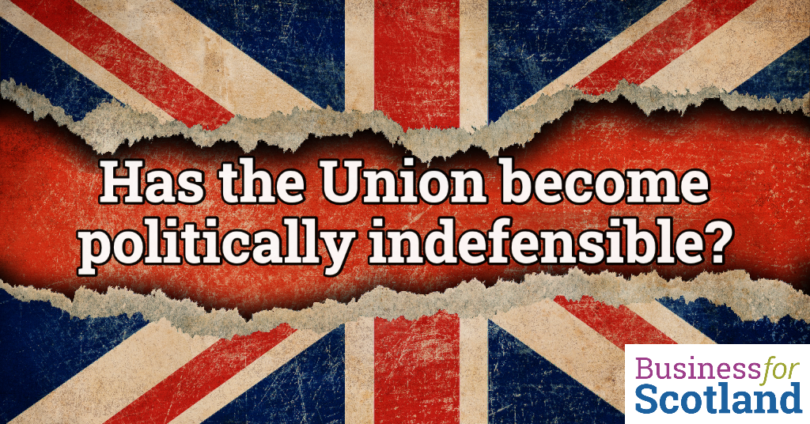 THE cost of living is spiralling out of control; our economy has been battered by Covid, Brexit and Russia’s invasion of Ukraine; in Scotland, the Tories and Labour faffing about as they try to become the more extreme unionist party; and the LibDems are, well … the LibDems.

Despite their subtle differences, there is one thing they all have in common – their desperation to retain the Union – and we have to wonder why they are striving to keep hold of what is undoubtedly becoming a poisoned chalice.

As both Ross and Sarwar move closer to May’s local elections, they must realise their support for the Union is indefensible and if it continues, both will lose even more supporters. I know several indy-supporting Tories and a lot more Labour voters who back indyref2, and while both groups say they understand the stance of their respective leaders, they know their parties will be consigned further to the backwater if they fail to change tack before May.

They realise Ross and Sarwar are each backing their own “lame horse” – the Union – in the forthcoming polls, as the entire Unionist political system is falling apart, with Partygate, allegations of corruption, cash for peerages claims, MPs’ £2,200 pay rise and an austerity budget, to name a few.

So where do they go from here as they head for elections?

The Tories might have gained more support when Douglas Ross took a break from running the line and became the first senior party figure to call for Boris Johnson to quit over Downing Street being turned into Party Central, as well as saying the PM would not be invited to their Scottish conference.

Many people I spoke to – not all Tory supporters – said they didn’t think he had it in him, and some confessed to seeing him in a new light after his display of bravado in writing to the 1922 Committee demanding his boss’s resignation. That, however, turned out to be simply a desperate act from a man described as “having the backbone of a jellyfish”, and who withdrew his demand, saying it should be “paused” because of the war in Europe.

While this was going on, Scottish Labour leader Anas Sarwar said the war in Ukraine shouldn’t stop Johnson’s removal from power, a sentiment many would have shared had he not then called for SNP voters to return to Labour to help get rid of the PM. Sarwar is too preoccupied with Scotland remaining in the Union to do anything to stem the long-term haemorrhage of Labour supporters as his party continues its exodus from its former left-wing heartlands

Len McCluskey led the union Unite for over 10 years and now says Scottish party chiefs should “grasp the nettle” and support holding indyref2. Otherwise, he says, Labour’s chances of winning the next Westminster election will be “impossible”. He warned the party’s refusal to countenance such a poll had led to droves of Labour voters switching their allegiance to the SNP – something we on the Yes side are well aware of.

Labour can only fight the SNP using negative economic arguments against independence, and would do better to focus on what Scotland could achieve as an independent country, instead of what it couldn’t. The Tories are stuck in their imperialist past and don’t want to lost any more of the UK’s outposts, particularly one that is so valuable. But the only weapons they have are Johnson’s blustering and bullying over indyref2 – and are unlikely to come up with any winning arguments before the council elections on May 5.

So, how can the SNP capitalise on this folly? Since promising a new referendum next year, it is only recently the party has appeared to be making any sort of preparations for it, with an influx of new staff to their new independence unit. How do they take advantage of this indefensible Union and make an unassailable case for the right to hold another referendum? The party has even in the last few days added another delay in its plans to pass the final part of the referendum bill and official state the ban rolling for indyref2. The Ferry contract issues, the Alex Salmond case has come to the for again after investigations over perjury were instigated and the Natalie McGarry trial all hitting the press in the last week don’t exactly make for fertile ground to sow the seeds of indyref2 but at some point, they will have to grasp the thistle and accept they have to call a referendum in order to win one and that the wished-for 60% Yes polls are not going to happen without a campaign.

The Union is looking politically indefensible, so it’s time to attack it