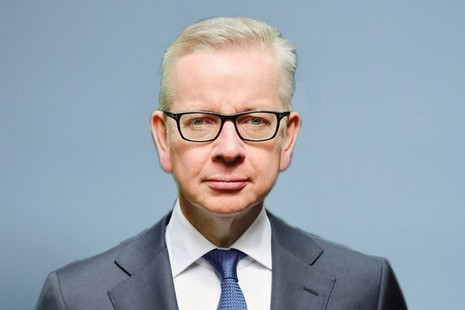 WITH opinion poll after opinion poll showing majority support for Scottish independence it was only a matter of time before the pro-union side started putting together plans to fight back. Over the weekend we began to see an indication of their tactics.

The Sunday Times’ ‘’Disunited Kingdom’’ package of polls was interesting not so much for its underlining of support for Scottish independence – it included the 20th successive poll to show that a majority backs independence – but for suggesting where support was strongest and weakest and for casting light on Westminster’s threadbare counter argument.

The polls reiterated much of what we already knew. Support for independence is stronger among the young. The Panelbase poll carried out for the Sunday Times suggests 71% of Scots aged under 34 would vote Yes in a referendum.

A sense of national identity is stronger in Scotland than in any other nation within the UK, with 56% of those questioned feeling more Scottish than British or entirely Scottish.

Other drivers of support for independence are Brexit, the reaction to the pandemic and an antipathy towards Boris Johnson. Fifty three per cent of Scots would vote to rejoin the EU. Just 22% think Boris Johnson has done a good job responding to the pandemic, compared to the 61% who support Nicola Sturgeon’s handling of the virus.

Within the paper the psephologist John Curtice forecasts the SNP will enjoy major success in the next Holyrood election, gaining seven more  seats compared to 2016  to win 70 seats, a clear majority even without the Greens’ predicted 10 seats. 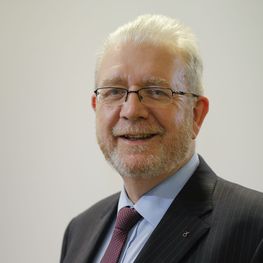 We now know that the SNP’s manifesto for those elections will include a clear and unequivocal commitment to hold an independence referendum if they are elected. In a ‘’roadmap’’ to independence published on Saturday the party’s newly elected president Michael Russell  said the first course of action would be to seek a Section 30 order from Westminster for the referendum.

But if that is not forthcoming the party would press on to hold a legal referendum without Westminster ‘’consent’’. That referendum would, says Mr Russell, take place ‘’when the pandemic is over’’.

Westminster could then either agree that the Scottish parliament has the power to hold that referendum itself or take action to contest the legal basis for the poll … a step the SNP would ‘’vigorously oppose’’ in the courts.

What is particularly useful for independence supporters and campaigners is the insight the weekend reports give into how Westminster is planning to play the months ahead, moves which show both a lack of new ideas and a continued failure to understand the mood in Scotland.

A group of seven cabinet ministers under the chairmanship of Michael Gove  and including Secretary of State for International Trade Liz Truss,  met recently to discuss the various ”threats to the union”,  including the rising support for independence. An indication of just how much trouble they feel they are in is the revelation that Gove has held talks with Gordon Brown to seek ideas.

Mr Brown has been banging on for years about his dream of a more federal UK but no one has really taken that seriously. The former Labour Prime Minister is trying again, writing in today’s Daily Telegraph that the UK must reform the way it is governed or risk ‘’becoming a failed state’’.

The time for the federal state envisioned by Mr Brown has long since passed and the failed state prediction has already come to pass. Nevertheless he persists.

There is nothing the Tories like better than the opportunity to kick the subject of independence into the long grass by pretending to take it seriously.

One the face of it Michael Gove is unlikely to act on moves to give Holyrood more powers. An anonymous cabinet minister is quoted in the Sunday Times as saying: ‘’The answer cannot simply be giving the Scottish Parliament more powers, because that creates a sense of momentum that there can only be one end point, which is independence’’.

What might interest Mr Gove more is Gordon Brown’s plea that Westminster set up a commission into how the UK is run. There is nothing the Tories like better than the opportunity to kick the subject of independence into the long grass by pretending to take it seriously. Surely no one who can remember the infamous Vow in 2014 seriously believes that any Westminster promise of reform will be kept.

We do know some of the tactics Gove will use in the coming months and therefore we must be ready to disprove the lies which will be unleashed.

The Tories will, for instance, try to present what they describe as ‘’the positive case for the union’’, although attempts to do that have so far failed ignominiously.

They will make sure that Westminster and not Holyrood is responsible for spending the money once distributed by Europe in a blatant power grab designed to hoodwink us into believing they are investing in Scotland.

And, perhaps most importantly, they will dig up the Project Fear tactics used by Better Together to portray Scotland as a country too poor to stand on its own feet.

John Curtice’s analysis of the polling information in the Sunday Times suggests that ‘’many voters in Scotland … are yet to be convinced of the financial case for leaving the UK.’’

Just to give us a helpful taste of the tide of nonsense due to come our way the Sunday Times published an article explaining why the Gers figures prove that an independent Scotland would have to either significantly reduce public spending or raise taxes.

Of course the paper’s own agenda is pretty obvious by the headline above the piece: ‘England’s great river of cash keeps nations afloat’

We know, or course, that the Gers figures show no such thing. In fact it is widely recognised that they either have no bearing whatsoever on the finances of an independent Scotland or indeed make the case for independence.  Of course the paper’s own agenda is pretty obvious by the headline above the piece: ‘’England’s great river of cash keeps nations afloat’’.

All this underlines the importance of Business for Scotland and Believe in Scotland in countering the tide of disinformation designed to blind us to Scotland’s potential and to disguise our ability to not only generate the money needed to succeed as an independent country but to use that money for the wellbeing of our people.

We have all the evidence needed to convince waverers that the economic case for independence is overwhelming and contrasts with a campaign by Michael Gove that reflects a union which is out of ideas and out of time.