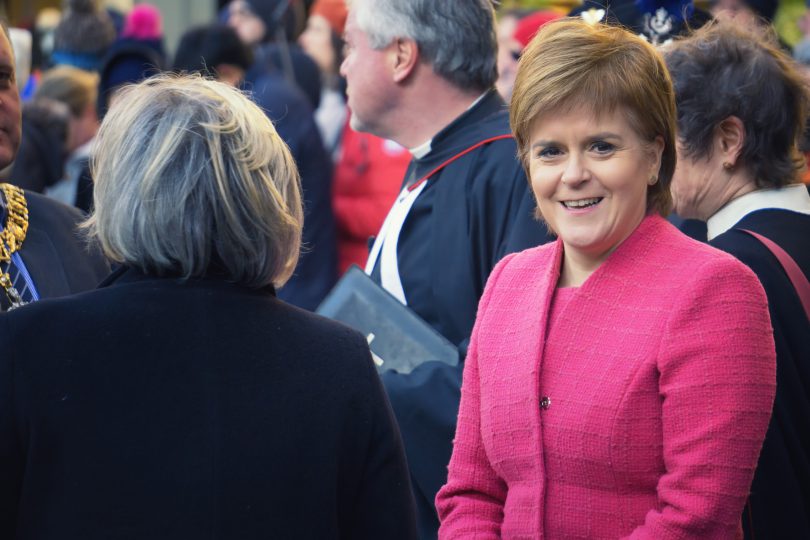 The SNP and the Greens have both confirmed their commitment to holding a second independence referendum during the next parliamentary term in their election manifestos.

The SNP launched its election manifesto this morning with an unambiguous commitment to holding the referendum when the pandemic is over. It says the vote will go ahead at some point in the next five years in the next parliamentary term.

Nicola Sturgeon said at the manifesto launch that it would be a dereliction of her duties as First Minister to hold a referendum  while the country was still grappling with the pandemic and she had to ”dedicate all of my energies to leading us through the crisis”.

But she added it would also be a dereliction of those duties if she did not hold a referendum in time to give the Scottish parliament the powers it needs to drive the long-term recovery.

She said: ”It would also be a dereliction of my duty as First Minister – my duty to this and future generations – to let Westminster take Scotland so far in the wrong direction that we no longer have the option to change course.

She said if a ”simple majority” of pro-independence MSPs was returned to Holyrood in May, there would be ”no democratic, electoral or moral justification whatsoever for Boris Johnson or anyone else to block the right of people in Scotland to decide their own future.”

She added: “I believe passionately that with the powers of independence we can do so much more for Scotland. I look around Europe and I see independent countries, of similar size to us, that are among the wealthiest, fairest and happiest in the world. If Denmark and Norway and Ireland can do it, then with all our resources and talent, why not Scotland?”

And she said that it was time to live by the words popularised by the late Alasdair Gray: ”Work as if you live in the early days of a better nation”.

Other manifesto commitments include a ”transformational increase in frontline health spending” of at least 20%, which would mean an additional £2.5 billion. Also promised are the abolition of all NHS dentistry charges, a new national wage for care staff, grants of between £7,000 and £19,500 to help businesses prepare for re-opening and 100% rates relief for the financial year for  the retail, leisure, hospitality and aviation sectors.

The Greens’ manifesto backs indyref2 within the same timeframe as the SNP. The party has confirmed that it is ‘’open to exploring’’ a legal challenge to any attempt by the Westminster government to block the referendum.

The party’s co-leader Patrick Harvie said: “We’ve said very clearly that the refusal by the UK to even talk about this would be politically untenable. It is possible it could be legally challenged as well, and we would be open to exploring that.

“Fundamentally, the track record of the Greens shows we don’t have to wait for independence to take more radical action on climate, but independence would allow us to do so much more that we currently can’t do.’’

That included regulating the energy companies and managing the waste problem by controlling the companies that create it.

Mr Harvie added: ‘’There’s a huge element of the response to the climate and nature emergencies, where we can go further .. but we can only go all the way with independence.’’