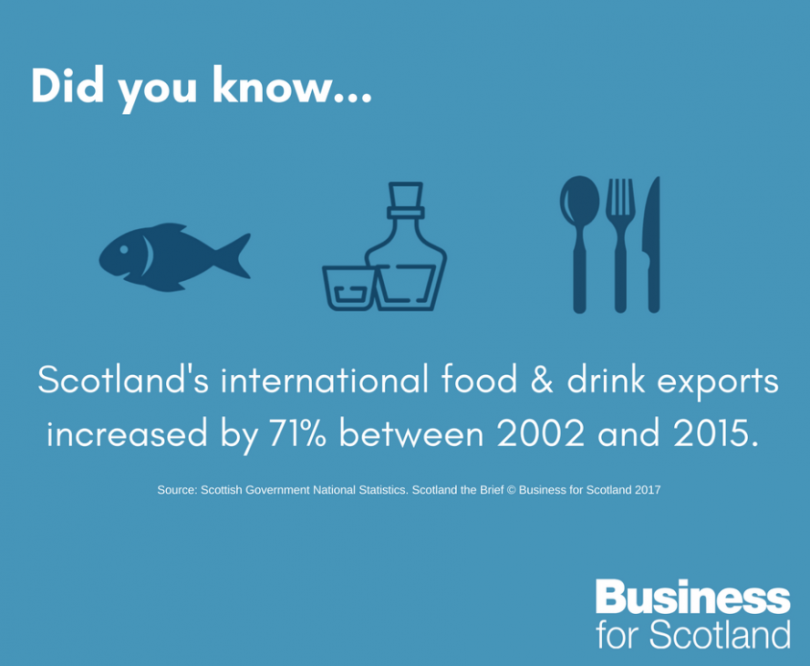 A new report into the economic impact of the 2014 independence referendum by the Fraser of Allander Institute has concluded that the poll “does not appear to have been a major driver of volatility” in the Scottish economy.

The report by the University of Strathclyde’s think tank points to a number of other causes, including global events around the time, such as the Eurozone debt crisis, as having a much more significant impact on the economy – putting to bed the argument that the vote on Scottish independence had damaging consequences for Scotland’s economic performance. The result of the 2010 General Election and the Brexit vote were also seen to have caused more economic volatility than the 2014 vote.

Business for Scotland CEO Gordon MacIntyre-Kemp said:”This report confirms what we have said all along. 2014 was a record year for Foreign Direct Investment, the food and drink industry and tourism.

“The reason so much weight was given to scare stories such as referendum volatility causing damage, by Better Together was because there was no positive economic case for the union to offer.

“With Brexit pending, if there is any genuine reason to be scared, it’s that Scotland will be dragged down by the UK’s self harming, delusional, hard Brexit plan.”

The report clearly backs BfS’s position that the Brexit vote has created the highest level of economic uncertainty possible and so it is old fashioned British Nationalism and not the civic international and inclusive Scottish self determination movement that is creating uncertainty.

An independent Scotland within the single market, trading as an equal with our friends and neighbours in the EU and the rUK, will avoid the years of uncertainty that Brexit will bring to the rest of the UK and will enjoy enhanced economic certainty and experience the best of both worlds. 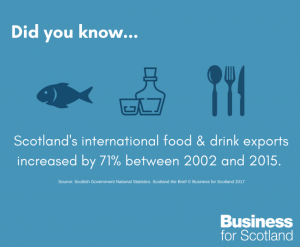 2014 was a record year for Scottish food and drink a key sector of Scotland’s economy.

Business for Scotland pointed out last year that uncertainty was a myth – David Cameron claimed inward investors had told him they wouldn’t invest in Scotland until after the referendum due to uncertainty but 2014/15 turned out to be a record year for Scottish inward investment; the number of projects increased by 17% to 91 between April 2014 and March 2015