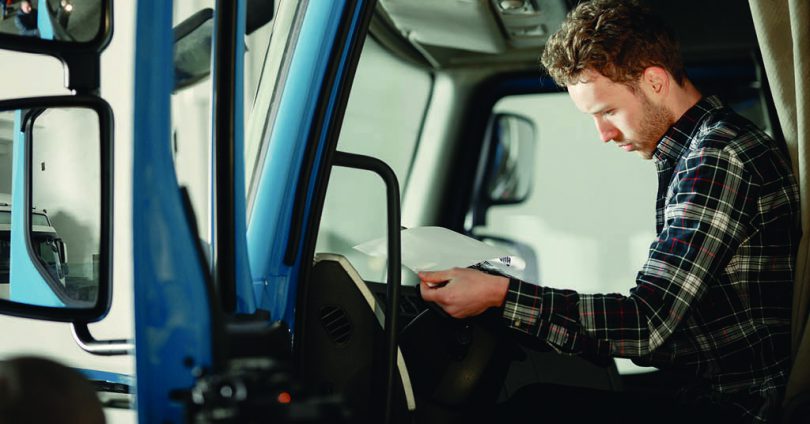 The British government had been warned of the critical shortage of lorry drivers before ploughing ahead with a Brexit deal that would turn the problem into a crisis.

Senior figures in the Scottish transport industry have told Business for Scotland the government had been told of the lorry driver crisis well before Brexit made it significantly worse and led to threats of food shortages.

But Boris Johnson pressed ahead with leaving Europe, which would only make an already bad situation very much worse.

The problems have now reached a point where road hauliers are warning that we are just weeks away from food shortages in supermarkets.

Tom Barrie, a well-known figure in the transport industry for more than a decade and a member of the board of Business for Scotland, said Westminster had ‘’buried its head in the sand’’ over the shortage.

A number of factors had caused the shortage of lorry drivers some time ago… including the rising average age of drivers and industry changes.

‘’Brexit was always going to make matters worse,’’ he said this morning. ‘’But the British government has no strategy to deal with the time bomb of the lorry drivers shortage.’’

It also imposed new restrictions on how lorry drivers operate which stop them picking up domestic runs when they arrive in Britain from Europe … and that reduces the number of available drivers on the road.

Mr Barrie said that had a particularly devastating effect since 80% of deliveries to and from Europe involved vehicles not registered in the UK.

He added: ‘’The full effect of Brexit on the lorry driver shortage has been masked by the Covid pandemic but now that is receding it’s become obvious this is a colossal problem that is only going to get worse.’’

The Road Haulage Association has estimated there is a shortage of 60,000 drivers in the UK and its warnings about the consequences have become increasingly grim. Mr Barrie and other transport figures believe that number is going to increase significantly.

Meanwhile work permit fears are discouraging European drivers from returning to Britain. There have been claims of drivers from Europe being refused entry to the UK because of disputes over settled status claims. The deadline for those claims ran out at midnight.

We are weeks away from gaps on the shelves, it is as serious as that

The UK government has held emergency talks with retailers, hauliers and wholesalers as the prospect of food shortages on supermarket shelves moves closer to reality.

Richard Burnett, the chief executive of the Road Haulage Association, recently warned: ‘’We are weeks away from gaps on the shelves, it is as serious as that. The government needs to treat this as an absolute priority.”

The SNP’s Work and Pensions spokesperson David Linden intervened in the Commons yesterday after being contacted by a haulage company in his Glasgow East constituency, Bullet Express.

He said: “Due to the botched Brexit deal agreed by Boris Johnson, 60,000 EU nationals – who were employed in this sector – have left to pursue a different career or have returned to their native country over the uncertainty Brexit has created. This is unacceptable.’’

Bullet Express chief executive David McCutcheon told Business for Scotland the MP had done his best to get the British government to act by raising the matter at Westminster.

He said: ‘’But he did not get a good answer. In my opinion the answer he received had no relevance to the question he asked.’’

Mr McCutcheon confirmed that the lorry driver shortage had been growing even before Brexit and that the UK government had been consistently warned about it.

Factors driving the problem included the lack of younger recruits to the industry because of the high cost of qualifying as a driver, and wages being held down because of the growth in online shopping, which was moving delivery business from lorries to cars and vans.

He said: ‘’There is a market price for the job and you cannot charge more for that. You might want to pay lorry drivers more but you just can’t do that.’’

Mr McCutcheon said Brexit was not the only cause of the problem but it happened ‘’at the worst possible time’’.