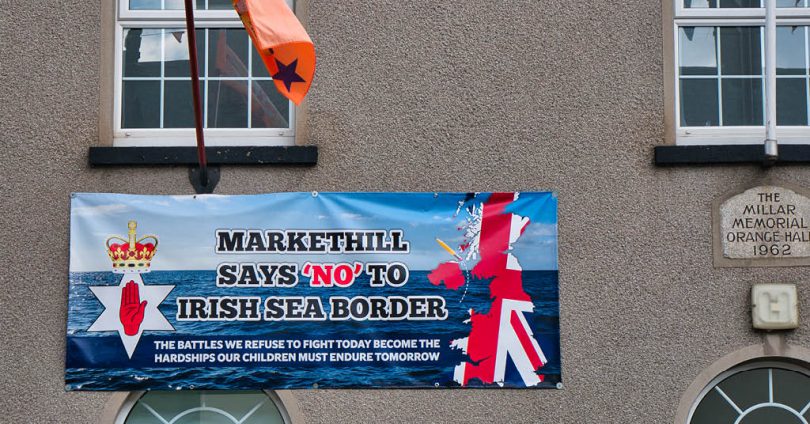 What exactly is Article 16?

Article 16 consists of a grand total of three paragraphs and is part of the Brexit withdrawal deal agreed between the UK and the EU at the beginning of the year. The trade deal paved the way for months of export slumps, lorry driver shortages, empty supermarket shelves, fruit and vegetables lying rotting in fields and hotels and restaurants unable to find enough staff to operate normally.

Part  of the deal left Northern Ireland within the  EU trading block to avoid a politically unacceptable hard border between Northern Ireland and the republic of Ireland. That meant goods could be moved over a soft border without checks and hassles.

That in turn meant there would have to be some checks on goods going into Northern Ireland from the rest of the UK. It was a potentially tricky arrangement and Article 16 allowed either the UK or Europe to take their own ‘’safeguarding measures’’ after a month’s notice if the deal was causing real problems.

The UK accuses the EU of adopting an overly vigorous approach to the rules,  while the EU argues the UK signed up to the deal

So what’s the problem now?

Britain is threatening to trigger Article 16 because it isn’t happy with the way the arrangement is working. Although the ‘’Northern Ireland protocol’’ is not yet being fully implemented the UK government says it is causing serious problems, ranging from companies being “buried under mountains of new paperwork”, difficulties moving pets around, and a dispute over the sale of chilled meats which has been dubbed the ‘’sausage wars’’.

The UK accuses the EU of adopting an overly vigorous approach to the rules,  while the EU argues the UK signed up to the deal and should not be surprised at its effects. It’s been stalemate for weeks.

What’s the political reaction within the UK?

Boris Johnson … did he always intend to ditch the Northern Ireland protocol?

Former Prime Minister Sir John Major has said triggering Article 16 would be ‘’absurd’’. Boris Johnson’s former adviser Dominic Cummings has said the government always intended to abandon the bits of the deal it didn’t like.

Another source told the BBC that Article 16 was ‘’the route we thought we would go down from the beginning”, adding: “it was always clear that unless the EU was willing to back down, we wouldn’t be able to stick with it long term”.

Unionist politicians in Northern Ireland are largely opposed to the protocol and the DUP leader has warned it might pull its support for Johnson’s government if it isn’t changed.

Brussels has so far been unwilling to go anywhere near what the UK government wants. It seems unlikely to do so and thus avoid the triggering of Article 16. Talks are continuing but sources acknowledge that “optimism has been waning”.

Some say the process of triggering Article 16 could start this week, although others suggest the final action may be delayed until next month.

What happens after the triggering is far from clear. It could simply mean months of more talks but little actual change. Or some sources say  it could start  a “full scale trade war that undermines the UK and the EU’s post-Covid economic recovery”.  Or the whole argument could be referred to the European Court to act as final arbiter, a course of action Boris Johnson is very much against.

The final decision on Article 16 could be just days away. Whatever happens, the whole sorry mess stands as testament to either the UK government’s incompetence or its untrustworthiness.