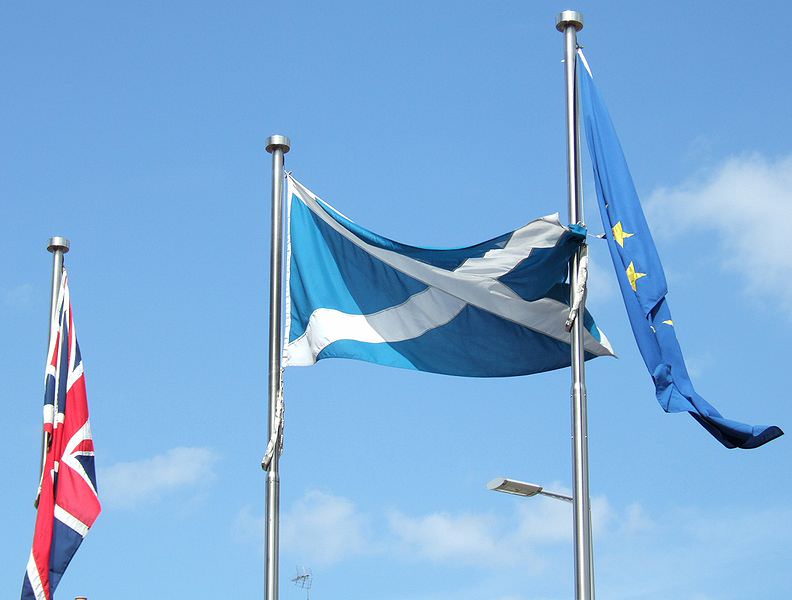 Since the 2016 European Referendum and the decision of the United Kingdom (UK) to leave the European Union (EU), the issue of EU immigration has been one of the most hotly debated topics. Ending the free movement of people was one of the main arguments of the ‘Leave’ campaign and evidently one of the main reasons behind the Brexit vote.

Even if Brexit were to be delayed or even cancelled, following a possible second EU referendum, the question is whether EU immigrants still feel wanted in the UK? With regards to that, the Scottish government has made numerous attempts since, to communicate the fact that Scotland values EU immigrants and that immigration to Scotland will be possible after Brexit without any constraints. The reason is that EU immigrants are of the utmost importance for Scotland’s economic prosperity but also for Scotland’s demographic requirements.

Currently Scotland’s population is projected to rise from 5.40 million in 2016 to 5.58 million over the next 10 years and it is then projected to continue to increase to 5.69 million in 2041. Any reduction in EU migration, which is a very probable scenario after Brexit, could have a serious negative effect on the above projection. For example, if EU migration were to fall, post-Brexit, to half of the current levels, projected population growth would fall by 1% (2016-2041) and if there were no EU immigration the population growth would fall by 3%.

EU immigrants are usually younger than the population average so they play an important role in boosting the number of children and working-age people in Scotland. For example, zero EU migration would mean a projected 3% decline in the working age population between 2016 and 2041 and a 7% decline in the population of children.  This has serious implication for Scotland’s public sector revenues and also the future labour and skills requirements of businesses.

Population growth is the main driver of economic growth and thus a decrease in EU migration would most certainly also reduce economic growth. In economic terms, EU migration has a positive impact on productivity and government revenue. According to the Scottish government, the contribution of the average EU citizen that lives in Scotland is £10,400 to government revenue and £34,400 to GDP each year, while they typically pay more in taxes than they receive in benefits. Also, the fact that EU migrants, moving to Scotland, usually possess diverse skills and are well educated helps innovation and increases living standards as a whole.

According to a survey, of 758 business owners and directors across Scotland, conducted by Business for Scotland (BfS) in 2017 showed that 41% of all respondents employed at least one EU national. Furthermore, the Federation of Small Businesses (FSB) found 26% of all small businesses in Scotland, which make up for 98% of all Scotland’s  enterprises, have at least one employee from an EU country. This is 5% higher than levels for the UK as a whole (21%). Most of them work in the tourism and leisure industry. Also, with their labour EU migrants support key places such as Scotland’s rural communities, helping to sustain essential public services including healthcare and schools.

A recent study estimates that lower inward migration due to Brexit may have a devastating impact on the Scottish economy; real GDP in Scotland would be 4.5% lower by 2040 than it would have been otherwise, which is equivalent to a fall of almost £5 billion in GDP. Now if the UK government were to act upon its target to reduce annual net migration to as low as tens of thousands, then real GDP would fall in Scotland by 9.3% compared to a fall in the rest of the UK (rUK) of 7.6%. This is very important because it means that Scotland experiences a proportionally larger negative impact relative to the rUK.

Another positive effect of migration that is not being discussed as much is cultural enrichment, which has been shown to increase qualities of tolerance, inclusiveness and openness to intercultural learning among Scottish citizens. For instance, the large number of EU students that come to Scotland has a positive effect on the learning experience overall. It also has an immediate positive impact on the economy, while it entails the possibility of a future one, with some of the student remaining and contributing to the Scottish economy.

Nevertheless, there are good reasons for the UK government to rethink its migration targets overall. If they refuse to do so, choosing isolationist politics in an increasingly integrated world instead of inclusivity and openness, then independence becomes the obvious way to secure immigration controls and realise the opportunities it brings to Scotland’s economy and society.

The contribution of EEA citizens to Scotland: https://www.gov.scot/publications/contribution-eea-citizens-scotland-scottish-governments-response-migration-advisory-committee-9781788514057/