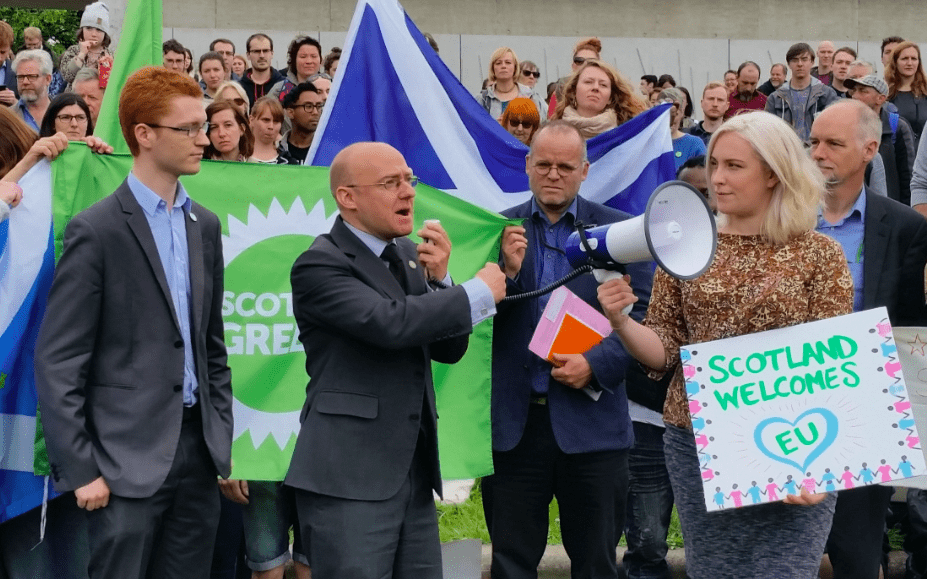 There is an answer to the whole Brexit debacle, that no one seems to be considering.

We all know the UK doesn’t have enough trade negotiators and will have to recruit “foreigners” to set up its sovereign trade deals.  We know that Brexit uncertainty is harming investment, threatening to prick the over-inflated London and South East housing bubble, crashing the pound, driving up inflation and soon increasing interest rates in a highly leveraged economy. We know the UK Government doesn’t have the money to pay for Brexit nor compensate Scotland for the loss of EU grants and jobs that will follow and it will take years to complete.

However, maybe there is a simple, cost-effective and quick way to Brexit without the fuss.  Remember what Ruth Davidson said about the EU during the independence referendum? No, not the bit where she said Patrick Harvie was being disingenuous to suggest there was more chance of leaving the EU if we voted No, the bit after that when she said: “Leaving the UK means leaving the EU, simple.”

Forget all the expensive negotiations, England can just declare unilateral independence from the UK and they are out of the EU, simple.  Wales and Northern Ireland can join them if they want and Scotland and can stay in the “UK”, seamlessly maintaining our EU membership, no need for indyref2 and Scotland keeps all the EU opt-outs on using the euro and Schengen. After a year or so we can just change our name to Scotland. Westminster issued the UK debt and therefore remains responsible for it but may try to do a deal with the other nations to take a population share but that would be up for negotiation.

Once Scotland changes its name we can offer the name UK for a new Council of the Isles where all nations are crown dependencies and Scotland can have a referendum to see if anyone wants to re-join the UK. Think about it, no need for English votes for English laws, Westminster would lose all the pesky nationalists, no need for long-lasting Brexit negotiations, England gets the independence it clearly wants and gets to stop Scotland leaving the UK.  Northern Ireland gets to stay in the EU and doesn’t need to leave the UK.

Crazy, yes totally but even that is a damn sight smarter than thinking you can avoid the pain of Brexit by exporting classic British items like tea and promising jam tomorrow while going for an unnecessary, economically suicidal hard Brexit you don’t have a mandate for or making promises to Nissan that only the EU and not Westminster would be able to keep.

Since I first floated this idea in my newspaper column an online petition for England to unilaterally declare independence has been launched and so it might even be discussed in parliament, or maybe Nicola Sturgeon can use her hotline to David Davis and suggest it – just as long as she records his answer.

Many English people would consider English independence the union is being held together only by those that feel they profit from it – the rest of us would like to opportunity to reaffirm our friendship, trading and social alliances with the rest of the countries of the British isles without an outdated, privilege based, London-centric failing political union getting in the way.