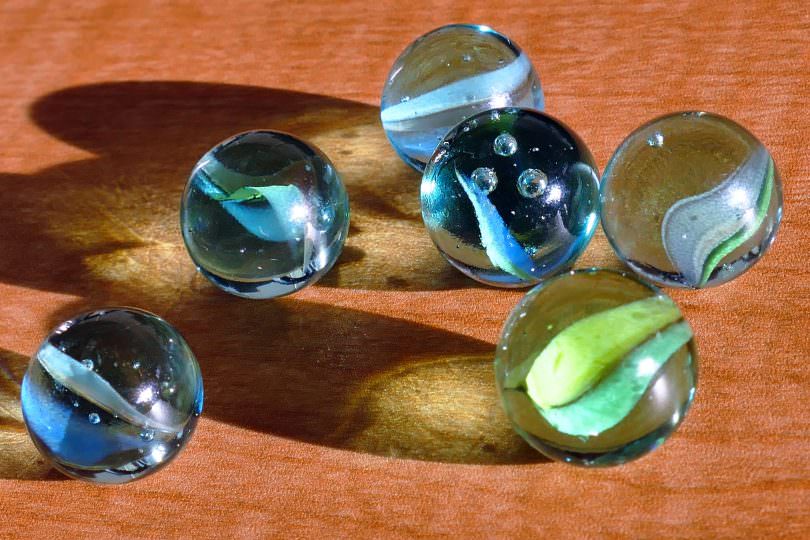 A question I often get asked is this: “Why hasn’t there been any big surge in support for independence given the mess that Westminster is making a mess of so many things, and what are the signs that one is coming?”

Rather than what it looks like, it occurred to me that the best way to explain is to suggest what noise it will make – KerPlunk. Remember that game from your childhood with the straws pushed through a plastic tube creating a lattice holding up dozens of marbles?

Well, progress towards independence is a bit like playing KerPlunk but with slightly different rules. Imagine the marbles are the UK and the Yes campaign is pulling out straws to get the marbles to fall. The Unionists, meanwhile, are busy putting straws back in to keep the UK supported.

Every time a point is scored by explaining something good about independence or negative about the Union you get to remove a straw. Every time the Unionists counter with a semi-plausible scare story or a positive reason to stay with the UK they get to add a straw to the Union’s foundations.

Occasionally a marble falls, but there is no cascade. Unionists become overconfident and nationalists become overly frustrated because they expected an avalanche, but that’s not how the game works.

The indyref in 2014 was a bit of a phoney war because Unionists only scaremongered – they could muster hardly anything positive to say about the UK. Strangely enough, the Yes campaign’s emphasis on constant positivity didn’t exploit that Unionist weak spot.

However, the SNP have rediscovered their assertiveness and the Union has nothing to offer but the same tired old arguments, whilst the case for independence is refreshed and renewed through a new combination of positivity and negativity. This includes Brexit(against the wishes of Scotland), demonstrable Westminster incompetence on multiple issues, powers being grabbed from the Scottish Parliament and just a growing sense of Scotland as a nation and trust in the Scottish Parliament to stand up for Scotland.

So when the campaign officially starts, we will get to pull two straws for their one and eventually the cascade will begin.

So before the polls move significantly we need to start playing the game, and slowly but surely and one by one the marbles will fall. It’s easy to become frustrated if you are certain that every time a point is scored that it will be the game changer – and points ARE being scored over the power grab, with every bad headline about the failing Brexit negotiations, when another economic report suggests the UK growth has slowed more than any other developed nation, and when Boris Johnson says something else stupid…

The reason that there are no game changers is that support for the UK works like a faith-based organisation. Beliefs and approaches are ingrained, so progress can only be gradual.

For some Unionists, dogmatic adherence to whatever argument is put forward in defence of the UK is guaranteed – there will be no convincing them, no matter the strengths of the arguments they oppose or even the obvious weaknesses of their own.

However, most people on the side of the Union are not true believers, they are crowd followers, who are cautious in their approach to life and the true faith of the Unionist spokespeople calms their fears. It’s only when a deep existential doubt about the competence of the Union emerges that they will become open to change.

Brexit guarantees doubt. Change is the only thing on offer to those conservatively minded people who fear all change. They have to choose which represents, from their perspective, the lesser of two evils.

This is where the “away from” and “towards motivations” – a combination of negativity about the UK and realistic positivity approach to independence – works.

Negativity prizes open their unthinking defences and a strong positive vision for independence can then be seen as less risky – hence why the Growth Commission Report was cautious, conservative and why it has made many in the establishment concede that it was realistic. Those Unionist crowd- followers don’t even have to start doubting, they just have to see that others are for the rot to set in.

The UK does not exist like the newspaper or mobile in your hand or the train you might be reading this column on – it’s an imaginary construct, one that came into existence to create an entity that could go out and dominate/exploit the world.

When people stop believing in the UK as an essential entity then it will suddenly cease to exist.

Indeed, the UK only survives on a diet of unquestioning belief justified by outdated dogma and false pride around the historical success of the UK, but those days of war and global trade domination are gone now.

Regaining that historical prominence (no matter how impossible it would be to attain) has become the political zeitgeist in England. Resultantly, not only did Brexit become inevitable, but so does a weakening of devolution and the ties that bind the UK.

Every time a high-profile person comes out for independence, such as Murray Foote, the former Daily Record editor and author of the Vow, it sends a wave of doubt through the Unionist crowd-followers. It begins to give them permission to question the UK and makes them more open to persuasion – another straw is removed and they know it’s just matter of time before they will have to decide which path has the least risk associated with it.

These people will decide the next referendum and they are liking what they see in the Sustainable Growth Commission report and many are beginning to admit their doubts. Your mission, if you choose to accept it, is to stop arguing with them and go talk to them about those doubts, and also share your positive vision for nationhood. Then sit back and watch the UK lose its marbles.