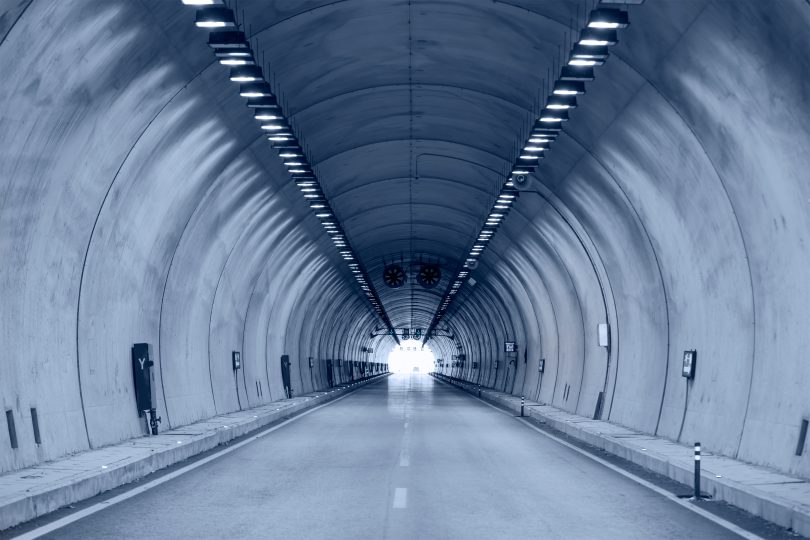 BORIS Johnson’s plan to build a tunnel linking Scotland and Northern Ireland has earned scorn from all sides. It has been criticised as a distraction from Westminster’s Brexit fiasco and the result of taking hallucinogenic drugs. Here’s everything you need to know about the Tories’ latest fantasy. 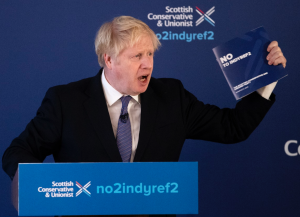 1: The tunnel was originally a bridge. Plans to build a bridge from Stranraer to Larne were mentioned during Boris Johnson’s campaign for the Tory leadership in 2019.

When he became prime minister Johnson asked the Department for Transport to cost the scheme and it came up with an estimate of £15 billion.

Unsurprisingly there were some major problems with the plan, not least of them a Second World War munitions dump, Beaufort’s Dyke, within the north channel on the proposed route. It’s the largest known British military dump. More than 4,500 incendiary bombs washed up on beaches on the Scottish west coast from the dump in 1995.

One engineer said trying to properly estimate the cost of building such a bridge was ‘’bonkers’’ and Chris Wise, the engineering designer of the 2012 Olympic velodrome, described the plan as ‘’technically clueless’’. It was widely assumed to have been quietly buried.

2: The idea has now morphed into plans for a 25-mile tunnel linking Northern Ireland and Stranraer.  A study by the head of Network Rail, Sir Peter Hendy, is reportedly imminent. That could spark a government feasibility study. On the plus side the proposed route would avoid Beaufort’s Dyke. On the negative, the response could best be described as withering. Worryingly for Johnson, Scottish Secretary of State Alister Jack has backed the tunnel.

The trains could be pulled by an inexhaustible herd of unicorns overseen by stern, officious dodos

3:  One senior Conservative MP has derided the plan as a Doctor Dolittle fantasy designed to distract from post-Brexit border check problems. Simon Hoare, the Tory MP who chairs Westminster’s Norther Ireland affairs committee, tweeted: “The trains could be pulled by an inexhaustible herd of unicorns overseen by stern, officious dodos.”

He added: ”A PushmePullYou could be the senior guard,” referring to the creature featured in Doctor Dolittle with a head at each end of its body. Mr Hoare added that Puff the Magic Dragon could be the inspector.

He described the idea as a fantasy that distracted from efforts to sort out  post-Brexit checks between Northern Ireland  and the UK. He said: “Let’s concentrate on making the protocol work and put the hallucinogenics down.”

4:  Nichola Mallon, the Stormont minister for infrastructure and the deputy leader of the Social Democratic and Labour Party, has threatened to block what she has described as a “Tory glamour project”.

She said: ‘’It would be better for Boris to be focusing his efforts less on Tory glamour projects and more on fixing the multiple problems in front of him.

“I also want to be clear and remind the British government that devolved power rests here not in London and ministers here should decide on projects for Northern Ireland because we are locally elected and locally accountable.”

Clearly this example of the Prime Minister’s strategy of undermining devolution has a familiar ring.

Ms Mallon said: “The SDLP won’t be accepting any imposition on devolved power and we certainly won’t be squandering public money on Tory manifesto obsessions.”

5: Aodhán Michael Connolly, director of the Northern Ireland Retail Consortium, also poured scorn on the idea on twitter. He pointed out that it took five years to build the Channel Tunnel … which had no munitions dump under the channel. Even if there were a tunnel, he said, it would not rule out the need for border checks. ‘’It wouldn’t unblock trade, alignment would’’, he said … before adding  ‘’ach yer auld hole’’.

6: The SNP dismissed the tunnel plans as ‘’April Fool’s come early’’. The party’s Northern Ireland spokesperson at Westminster Richard Thomson said a fixed link between Scotland and Northern Ireland ‘’will only serve to highlight the competitive disadvantage that Scotland faces thanks to Boris Johnson’s damaging Brexit deal’’.