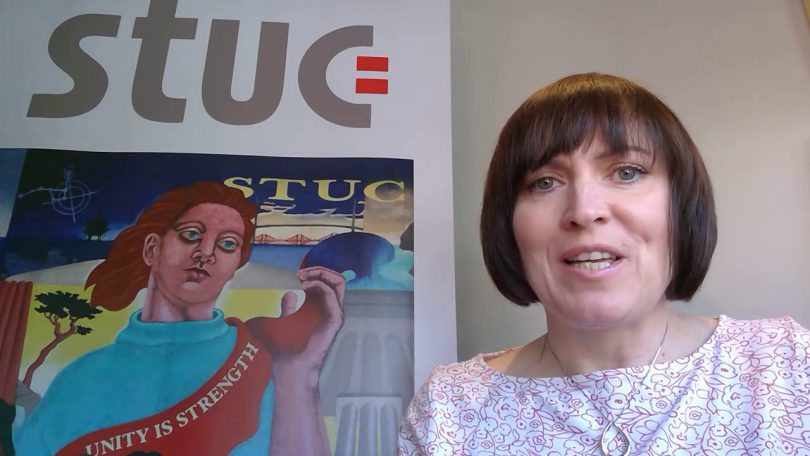 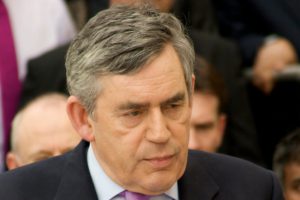 NOW that the democratic case for a second independence referendum is gaining widespread support we must beware moves to add devo max as an option on the referendum ballot paper.

STUC general secretary Roz Foyer is the latest to argue that more options must be included to allow voters the chance to opt for further devolution.

She makes the call in a new paper, Scotland United. The move, of course, follows the most recent claim by former Labour Prime Minister Gordon Brown, who continues to cling to his discredited argument for a ‘’federal UK’’ and wheel it out whenever opinion polls look good for independence.

Make no mistake  … those campaigning for more devolution are not doing so because it would make a real difference to Scotland’s ability to shape its own future. They are doing so because they are panicking that Scots will vote for independence.

There are many arguments against devo max. For a start any case in support of it would have to first admit that the union was not working, which makes anything other than independence pointless.

Second, it’s not being offered by the Conservative government, who were still in power the last time I looked.

A ”federal UK” as envisaged by Gordon Brown would have to be voted on by the whole UK not just Scotland. And it would still not devolve defence, benefits or international relations, which are among the first things Scotland would want control over.

Scotland knows that more devolution would not protect Scotland from bad decisions by Westminster.

It would not have stopped us being pulled out of Europe against our will.

It would not have avoided the catastrophic problems inflicted by the arrangement Boris Johnson laughingly calls a trade deal. It would not have stopped Brexit red tape inflicting terrible losses on our fishing industry.

And it would certainly not give us the full control of our economy that we need to shape the kind of country we campaign for independence to create.

This new campaign is basically a re-run of The Vow, which infamously promised a raft of new powers in the closing stage of the 2014 referendum campaign and delivered very little real change. It certainly came nowhere near Gordon Brown’s promise of delivering ‘’as close to a federal UK as possible’’.

Instead of listening to empty promises let’s look at what has happened since that referendum.

Scotland voted by 62% to 38% to remain in Europe. We were forced to leave.

Scotland’s elected representatives at Westminster argued that we should find a compromise arrangement which would see us leaving the EU but staying within the single market. This was ignored.

The vast majority of our MPs voted at Westminster against Boris Johnson’s hastily cobbled together Brexit ‘’deal’’, arguing that it would make us poorer, strip away our rights and reduce opportunities for generations to come. The ‘’deal’’ was passed.

At no point in the Brexit process was the Scottish government given a meaningful role to play. On the contrary, its objections were rejected out of hand and the points our MPs made in the House of Commons were routinely greeted with jeers and laughter.

The Scottish parliament refused to give its consent to the deal. MSPs from the SNP, Labour, Greens and LibDems voted against it. That vote made absolutely no difference. The deal was imposed, with the disastrous consequences we have seen since the beginning of the year.

Yet almost unbelievably Tories have pointed to the border chaos thrown up by their inept Brexit negotiations as a reason to avoid independence. The truth is it would be impossible to come up with a worse trading deal with rUK than that currently enforced with Europe.

There is absolutely no reason to expect the post-independence negotiations to be carried out in anything other than the spirit of good will. It is in the interest of both Scotland and rUK to do so.

Devolution continues to deny the power Scotland needs to make its own decisions on its future … and no matter what tweaks are made it never will. Instead it encourages the myth that we have even a modicum of real control.  It undermines our self-confidence by tricking us into believing the lie that our economy depends on England’s support to thrive when the truth is we have more natural resources and potential than most countries which survive perfectly well on their own.

It’s not hard to reveal the Conservatives’ true attitude to Scotland. The Better Together side may have professed undying love for Scotland in 2014 but the mask has long since slipped. The former Tory leader in Scotland, Ruth Davidson, said last year that the pro-union side’s biggest mistake after the referendum was failing to ‘’put the boot in’’.

We will remember all this when we hear Roz Foyer say that a third referendum option offering a ‘’devo max federalist choice’’ would be a ‘’welcome addition to the debate’’.

To be fair to Ms Foyer, she does describe Labour opposition to indyref 2 as being ‘’clearly out of step with a large majority of Scottish voters’’.

Labour MSP Neil Findlay writes an article in the same paper in which he also argues for more options in the referendum question. He says: ‘’Not to expand the options available is anti-democratic and wrong’’, a description which perfectly sums up his own party’s stance on indyref 2.

Devo max is a busted flush which is a distraction from the steps we need to take to build a better Scotland. It would not give us the powers we need and it would never be delivered in any case. It has no place on the referendum ballot.