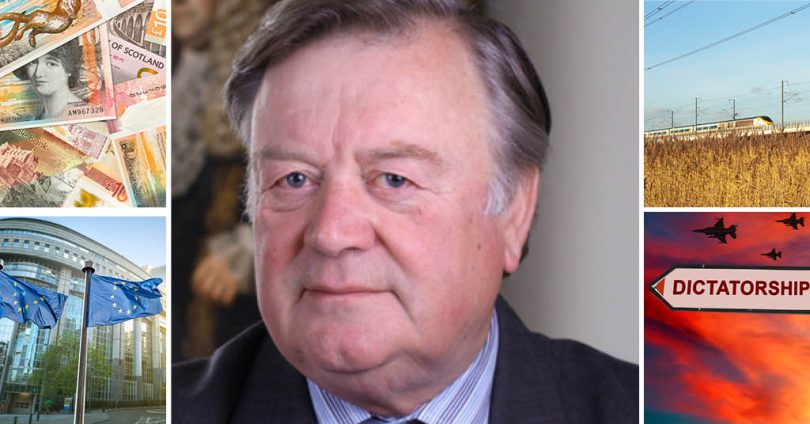 The Westminster government’s obsession with right-wing British nationalism is becoming too much for even some members of the Conservative Party to bear.

Tory grandee and former cabinet heavyweight Ken Clarke has said that many in his party have been ‘’marginalised’’. He told the New European newspaper yesterday:  “I considered myself to be in the mainstream of the party and am not pleased that people who think like me – internationalist, outward-looking, progressive – have been marginalised.

“The party is now more right wing and nationalist than at any time in my lifetime.”

Prime Minister Boris Johnson is fighting off growing sleaze controversies which could yet see him lose his job but it is his handling of Brexit and its aftermath which has incensed the leading Tory.

Global Britain is  slogan, an excuse for spending money on a royal yacht and flying the flag in odd places 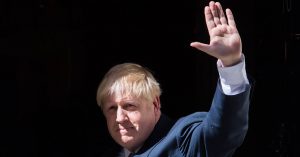 A long list of disasters which followed Brexit, including a forecast slump in GDP, are exposing the failures of the Prime Minister’s much derided trade deal which came into effect on January 1, Mr Clarke said.

He dismissed the UK government’s handling of the various post-Brexit disasters as ‘’laughable’’ and mocked its ‘’global Britain’’ strategy as “a slogan, an excuse for spending money on a royal yacht and flying the flag in odd places”.

And he warned the row over the Northern Ireland Protocol posed  “a serious danger of the Good Friday Agreement and power-sharing collapsing and heading back to direct rule”.

He accused Boris Johnson of trying to “tear up” his Brexit agreement, but “find a way of doing so in a way that they can blame on the French”.

Mr Clarke’s rebukes also took aim at the Prime Minister’s attitudes to court rulings on Brexit matters. “He gets angry if the courts or parliament try to interfere. As the elected prime minister, he thinks he should not be impeded in these ways,” he said.

The UK government’s attitude to the constitution also came under fire. Mr Clarke said: “We have relied for too long on a Victorian ideal of what we used to call decent chaps doing the right thing to keep our constitutional principles intact.

“We have got to the point where we need a serious written constitution. We need to restore the strengths of the Commons and the Lords by putting their powers into statutory reforms.”

The Prime Minister is still fighting to recover from an avalanche of sleaze accusations after former MP Owen Paterson was found to have pocketed £100,000 a year for lobbying for a firm which then landed significant government contracts.

Another Tory MP Geoffrey Cox earned £54,400 on top of his MP’s salary in just one month for legal work he carried out. And Scottish Tory leader MP Douglas Ross failed to fully record his salary as an MSP and his earnings as a football referee.

Mr Johnson’s admission to Conservative MPs that he ‘’crashed the car’’ over his handling of the Paterson scandal has done little to dampen fury over UK government sleaze.

The Prime Minister is now also facing anger over the government’s decision to scrap the eastern leg of the proposed HS2 railway line. The project has already been under fire for failing to bring high-speed rail travel to Scotland. The high speed infrastructure connected London no further than the Manchester-Leeds-York axis.

But this week Mr Johnson confirmed that the HS2 link to Leeds would be axed, prompting an outcry from that area at what has been described as a ‘’betrayal of the north’’.

It’s the latest in a long list of examples of the Westminster government’s inability to put together a credible argument why Scotland should remain in a dysfunctional Union rather than vote to become independent and take its future into its own hands.

In the wreckage of the Better Together case for the Union put to voters just before the 2014 referendum not a single promise made to Scotland remains unbroken.