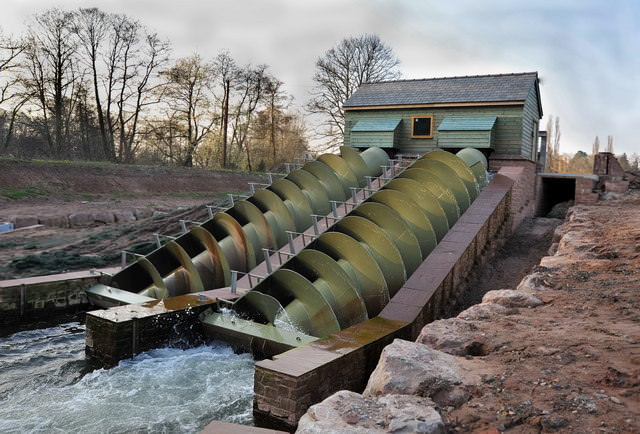 Scotland is already at the forefront of renewable energy. With bountiful natural resources, Scotland has 25% of Europe’s entire offshore power resources and generates enough electricity to power 87% of Scottish homes. The renewables sector also employs 16,000 people FTE in Scotland.

However, in order to achieve the goal of generating 100% of electricity from renewable sources by 2020 we have to keep developing innovative ways to not only improve renewable energy technologies but also ensure that the benefits are being experienced by local communities.

Community hydro schemes are projects developed and administered by community organisations with input from local business and community stakeholders. These rank amongst the most exciting recent renewables developments.

Whilst these projects are used to power homes in local areas, surplus profits are channeled into a community pot that is used to fund social and environmental projects that will benefit the local community.

For instance, Donside Hydro, Scotland’s first urban community hydro scheme, opened in September 2016. It generates £30,000 of electricity a year and powers 130 homes in the area.  The scheme is administered by Aberdeen Community Energy (ACE).

The scheme works by drawing water from nearby water reservoirs and passing it over an Archimedean screw turbine. This turns the water into clean, renewable electricity to be sold to the national grid. The hydro raises the water level into a turbine, without obstructing the river.

Sinclair Laing, founding director of ACE, says: ‘the Donside Hydro is about more than just the environment and local economies. It is about a shared ambition and the spirit of the people of the north east. And, it’s about a sense of pride in the local area.’

This reflects the ethos of other community hydro organisations in Scotland with the key aim being sustainable development which benefits all in the community. The Braemar Community Hydro, opened in September 2016, predicts it will generate £500,000 over the forty-year lifetime of the project for their community benefit fund. To this date it has provided £7,000 for diverse projects such as gym equipment for local schools, startup funds for a mental health organisation, providing recreational facilities at local attractions and providing green equipment in the Braemar community.

These are two examples of how urban hydro schemes can operate in Scotland’s diverse landscape. They have clear benefits for local communities and sustainability. The Donside Hydro alone will deliver an annual reduction in CO2 emissions of 240 tones. It also provides a local ethical investment opportunity.

Whilst Scotland has been performing well on renewable energy targets, the UK has been divesting from the sector. Westminster has ended grants for new onshore wind turbines, which the Green Alliance predicts will lead to a 95% cut in renewable investment. We need to be making green technologies cheaper and easier – not putting up additional barriers.

Bringing power closer to people provides an opportunity for innovation and such local schemes are the proof. For Scotland to succeed and thrive, the parliament and local councils need more power to shape environmental policy.

If Scotland is really serious about creating a more sustainable economy, communities should be looking to the successful schemes in Aberdeen and Braemar for how to do it. The longer-term goal is greater policy leadership and investment from the central government. An independent Scotland would naturally see this as a higher priority investment area and can deliver these goals, the UK government will not.