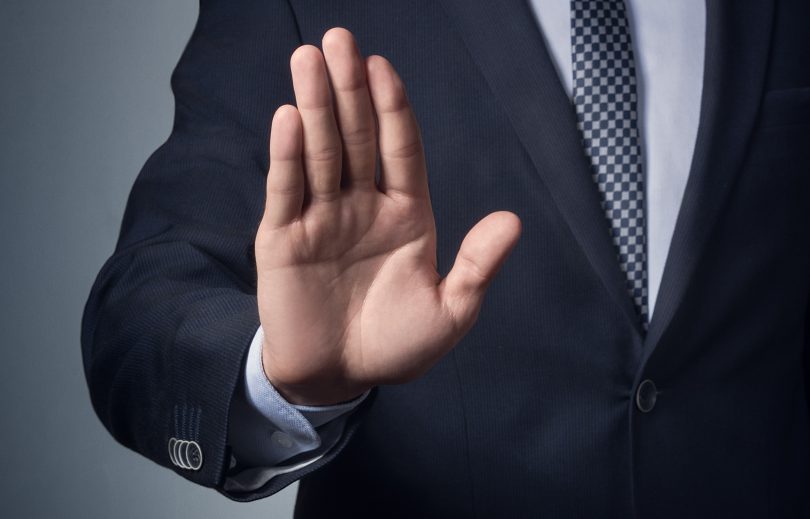 It was a car crash interview which laid bare the Tories’ total disregard for the basic rules of democracy and showed why a second referendum on Scottish independence is inevitable.

Five times Channel 4’s Ciaran Jenkins asked the Conservative Scottish leader Douglas Ross if he recognised any democratic path to Scotland holding indyref2 if it wanted another vote on the country’s future.

And five times Mr Ross made it crystal clear that he believed there is none.

It was proof, if any were needed, that the Conservatives have abandoned any pretence of having any positive argument which they believe could persuade voters that Scotland’s best future lay as a member of the Union.

It was proof, if any were needed, that the Tory position has moved, as the architect of the Edinburgh Agreement Ciaran Martin has claimed, from supporting a union based on consent to one based on the force of law, law that will clearly be disputed in the supreme court by the Scottish Government.

Mr Jenkins was interviewing Douglas Ross on the day he unveiled his party’s manifesto for the Scottish elections in May.

He asked if the Tory leader in Scotland would accept the result of the election if he lost and Scotland returned a pro-independence majority of MSPs to Holyrood, ‘’a democratic mandate for a second independence referendum”.

When Mr Ross refused to properly answer Mr Jenkins repeated the question another four times without getting a straight reply.

At which point Mr Ross seemed to suggest that they only election result he would recognise was a vote to stop the SNP holding a referendum.

It’s a position that is increasingly backfiring on the Conservatives and driving up support for indyref2 even among those not yet convinced of the benefits of independence itself. Recent polls show that the majority of people in the UK – including two thirds of those in Northern Ireland  and the majority of Labour Party members – support the referendum taking place.

Ciaran Martin, the top civil servant negotiating the Edinburgh Agreement which paved the way for the 2014 independence referendum, said last week that if the UK government ignored a pro-independence majority of MSPs after the May election ‘’the union as we understand it will have changed fundamentally.

”In effect, it would change the union from one based on consent, to one based on the force of law. That would be the most profound transformation in the internal governance of the United Kingdom since most of Ireland left, almost exactly a century ago.”

The Conservative Party’s profoundly dangerous position shows the union has run out of arguments and run out of time and will surely provoke an onslaught of protest from those who believe in democracy.