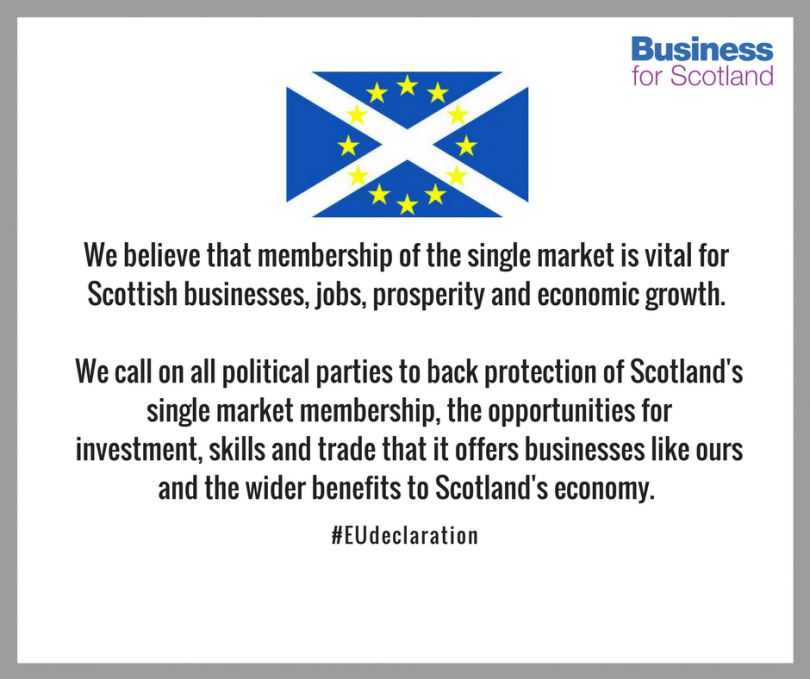 In 1979, when we first elected our MEPs, it took a truck up to 10 days to get from Peterhead to Milan.

It wasn’t the tariffs, it wasn’t the distance, it wasn’t even the road conditions, it was the non-tariff barriers, the bureaucratic formalites, the various different documents need at each border crossing:

Do you remember no Ryanair, no EasyJet? Different labelling and standards for each European country you sold into?

In 1979 I found myself on the Internal Market sub-committee of the European Parliament’s Economic & Monetary Committee. At each meeting we would be presented with two or three large dossiers – the position of foot pedals on forklift trucks and the composition of fur on teddy bears were two I remember well.

The Commission, member states and the Parliament had to agree on harmonising these standards in the then nine member states.

After some months of this futile exercise we wondered. how would we ever achieve a true single market? We in our little committee finally said; set a date, harmonise the most pressing matters by then, and after that, mutual recognition. If it’s ok in one member state, it’s ok in them all.

One of my colleagues was a former Westminster MP, Boz de Ferranti, who knew Margaret Thatcher well. he took it upon himself to persuade her of the merits and benefits for the UK of achieving a true single market. She took this up enthusiastically and so we had the 1985 Single European Act which set 1992 as the target date and place Lord Cockfield as the Commission charged to achieve this.

At the same time one of my British colleagues, Nick Bethel, took up a self-imposed mission to open up Europe’s skies. Up till then each country’s airline had a monopoly on flights out of their country. London – Paris – London had only British and French airlines servicing that route, with strict government control of allocation.

I remember one of my Irish colleagues being concerned for Aer Lingus that such an opening up of the European airline market would have.

Ironic that the biggest airline in Europe is now an Irish airline, Ryanair.

The essence of the European Single Market is that even the smallest country can host the biggest airline or widget maker or anything else.

And if there was any dispute, if any company or country didn’t play fair in competition terms or play by the rules, you had an MEP who could get the Commission to come down hard. Or, as a last resort, the European Court of Justice was there to enforce the rules and EU law.

So now we are accustomed to the free flow of goods, capital, people and increasingly, but not perfectly, services. Supply chains have been adapted to the most efficient and cost effective means possible. The consumer has benefited in quality, choice and price, the best producers have won out.

Do you recall the controversy about the price differential on right-hand drive cars? On the relative costs of farm machinery on the Continent and the UK? All gone, almost forgotten.

Well they could well return, if we don’t keep pace in every respect with EU standards for products and social working methods.

There could well be justified clamour in European countries and industries at social dumping, at the true origin of products, to impose controls and restrictions on British products. But from outside the EU we will have no say on any new or changing EU standards. We will be without a common arbitrator, in first resort the Commission and in last resort the ECJ. It will not be possible to maintain the tariff free, documentation free system which we currently have.

That Peterhead truck will have to wait at Calais to have the truck’s credentials checked, to have its cargo of fish or widgets checked for safety, origin, workers’ working conditions, and anything else our competitors wish to throw at us.

We spent 30 years developing a single market unlike any other in the world, more comprehensive even than the USA, and covering 500 million consumers. Why on earth would we want to throw that away?

But that is where we are inevitably heading if we deny a common arbitrator, if we impose unilateral conditions such as restricted free movement, if we cock a snook at 44% of our export market.

Apparently Brexit per Mrs May means being outside the Single Market. Why? And what alternative can be even half as good, and will maintain the businesses and jobs we have built up these last 44 years?