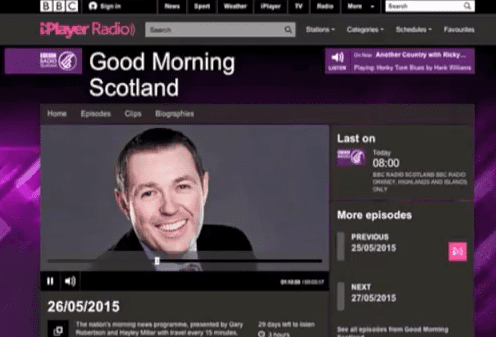 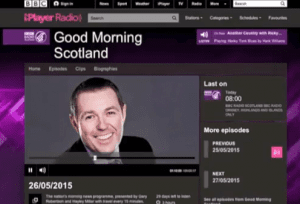 As with all good ideas that represent change from the accepted norm, you not only have to beat your opponent, but you also get a far harder time from the interviewer. Good ideas don’t start off as good ideas they start off as challenges to the accepted status quo. They take time to take hold and are championed with detailed, reasoned arguments from the agents of change.  The institutionalised, old and failing ideas that are being challenged try to protect themselves with deflection, complication and sometimes fear.

You can try it yourself. The next time someone argues for change, play devils advocate. It doesn’t matter how strong your argument is, if you say things such as “its far more complicated than you make out”, if someone quotes a survey result say “I am not sure they asked the right people”. If they answer that, say “I am not sure they asked the right questions”. It sounds as if you know something no one else does. If your opponent quotes an expert, say ” Yes, of course, but many other experts disagree”. There is never a situation where that isn’t true. Finally, just say the opposite of your opponent really convincingly as you come to the end of the debate. If they say it will make the county safer, say “No, it will light a beacon for terrorism”. If your opponent says their idea will create jobs,say “No, it will cost jobs and throw thousands into poverty”.  You get the idea. That’s what you do when you are defending and have nothing positive to say as your idea is nothing but a failing status quo, the institutionalised failing idea that the agents of no change feel they need to protect. That is why I laughed out loud when I heard Bill Jamieson the former editor of the Scotsman deploy those time worn techniques when defending low pay against Ian McDougall our finance spokesperson.

You should have a listen and see if you can spot the deflection techniques and the attempt to label Ian’s strong financial and economic growth arguments as “social”. What may also strike you is that (and it is not intentionally biased) interviewers will always challenge the new idea and use a questioning tone (in this case – incredulity) whilst the status quo (neo-classical low pay small government economics) remains almost unchallenged and uninterrupted.

The Living Wage is an idea whose time has come and there is a billion pound bonus to Scotland’s economy if it were to be adopted here – not a bad place to start balancing the budget.  Companies will soon see that the extra hourly rate is saved many times over in lower staff turnover, higher productivity, lower absence and savings on training.  If everyone has to pay it then prices may rise slightly but when we are experiencing deflation (negative inflation is a made up term and anyone who uses is doesn’t understand economics) then now is the time to implement the Living Wage.  Finally there are sectors where it will be harder to move towards the Living Wage, such as the care sector, retail and hospitality. However, a staged implementation, raising the NI threshold andtargeted tax reliefs could take away any transitional pains. After all, increasing wages increases taxes and spending.

You may also like: Low pay costs Scottish taxpayers £1billion a year