In recognition of Business for Scotland’s growing profile within the Scottish Business community the organisation was invited to give evidence to the House of Commons Select Committee on Business, Innovation and Skills on 17th June. The session concentrated on the business and economics implications of Independence. 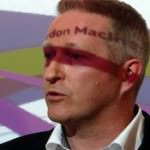 Gordon MacIntyre-Kemp represented Business for Scotland during the 70 minute session.

Given the lack of balance within the Select Committee itself (with all 7 MPs on the committee representing pro-Union parties) Gordon had to spend quite a bit of time correcting misunderstandings on the part of the Committee members concerning the economic facts surrounding the Independence debate.

Gordon clarified a number of points around EU membership, currency, Scotland’s economic strengths compared to rUK and the risks of the UK’s worsening debt position to the Scottish economy.

Other issues discussed included the use of Taxation policy after Independence to re-invigorate the Scottish economy, the increase in foreign direct investment (FDI) as we move towards the Independence referendum and the desire of Business for Scotland members for a fairer, as well as a more prosperous county after Independence.

Leave a Reply to Business for Scotland gives evidence to House of Commons select committee on Business, Innovation and Skills. | Speymouth X