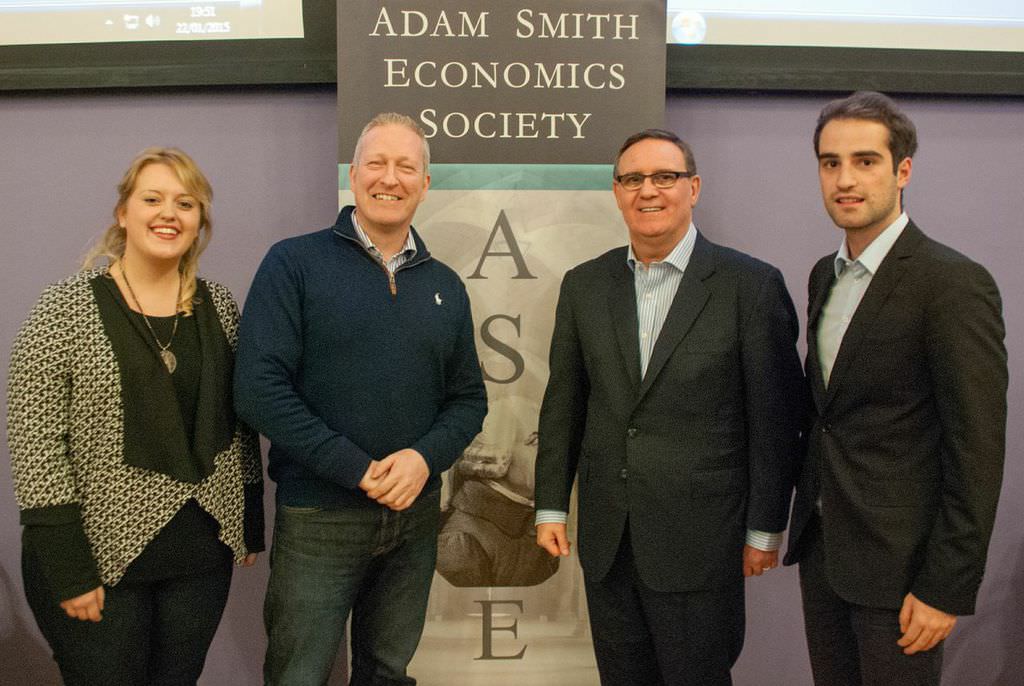 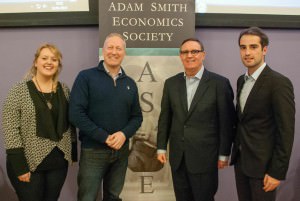 Entrepreneurship and job creation hopes for Scotland are shared by leading Scottish businessman Lord Haughey and Gordon MacIntyre-Kemp, founder of Business for Scotland.

The two were addressing members of the Adam Smith Economics Society in the University of Glasgow’s Sir Charles Wilson Building this week, and the conversation was very much focused on hope for the future and improving the Scottish economy.

Lord Haughey, founder of City Refrigeration gave an inspirational talk, sharing his business journey from air-conditioning engineer to owner of a global facilities management company with more than 11,000 employees around the world.

City Refrigeration is one of Scotland’s great success stories and Lord Haughey explained that growth came from an emphasis on company values of people relationships and partnerships not from a standard sales and marketing approach.

His hopes for the future of Scotland included a passionate talk on the problems of youth unemployment and the need for real apprenticeships and investment in future generations. Many, if not a majority of the audience, were students who wished to start their own business upon graduation and Lord Haughey’s talk will have both cured a few false impressions around entrepreneurship and inspired them to emulate his success. 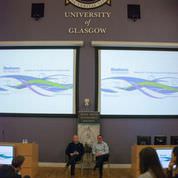 Gordon’s talk was predominately based around the new economic enlightenment and how to balance economic growth and social welfare in ways that are just not happening at the moment.

He focused on Business for Scotland favourites, such as the German Mittelstand SME manufacturing success, the need for the Living Wage to encourage economic involvement by the lower paid, investment in R&D and how to improve productivity in the Scottish economy.  Gordon’s background as a P&G graduate and online and social media marketing expert combined especially well for this audience with his background in economic development.

Gordon said: “One of the great things about the last year in Scottish affairs is the groundswell of interest from, and the engagement of, young people in the political, social and economic debate. This was a classic example of younger people reaching out to the worlds of business, politics and economics to quench their thirst for knowledge.

“The fact that so many were intent on following an entrepreneurial career path is exciting and refreshing, and Lord Haughey’s talk was inspirational.”