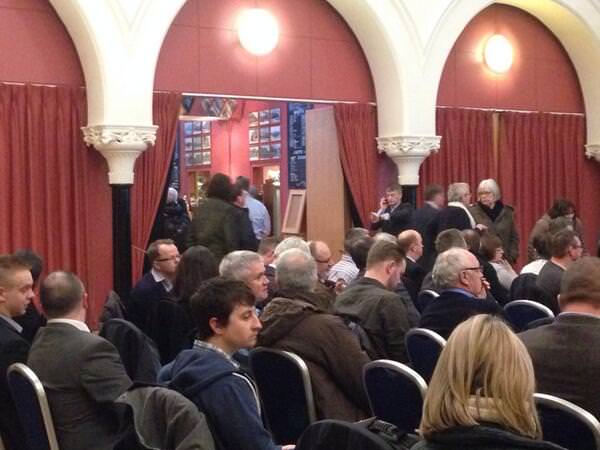 A Business for Scotland event in the National Piping Centre, Glasgow on 26th March drew 106 people to listen to Les Meikle, Ian McDougall and John Toms outline the case for an independent Scotland under the theme of employment prospects and safeguarding jobs. 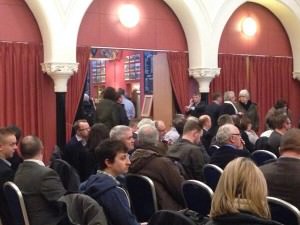 Some of the audience had not pre-registered, but just turned up on the night – evidence of a growing interest in hearing the business case for voting Yes.

Before the event, 31.5% of the audience declared themselves undecided, with 63% for Yes and 5.5% for No.  After the presentation, a poll revealed that  84% were now in favour of Yes.

John Toms, a businessperson who attended the event, said

“The Business For Scotland event held at the Piping Centre on 25th March was a sell-out, with a vibrant, positive atmosphere.  I was delighted to be speaking and attending this event.  For me, it was both a confirmation of the reasons why we are voting Yes, and a clarification to those with any doubts or concerns about the implications of an independent nation”.