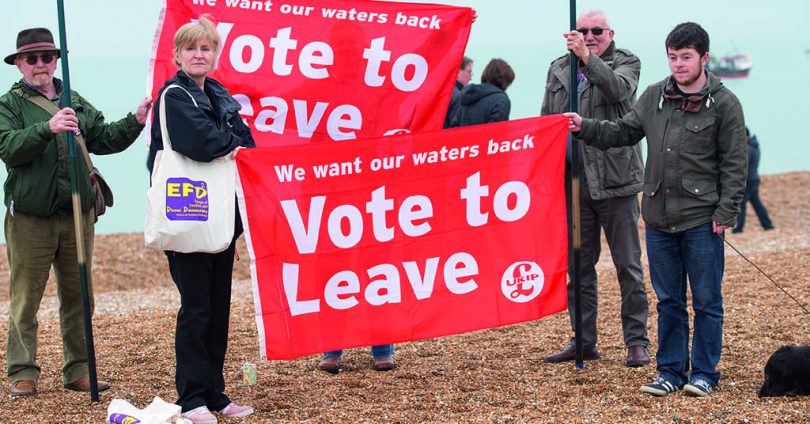 Just when you thought Brexit couldn’t get any worse along comes news that really captures the scale of the UK’s most idiotic self-inflicted wound. 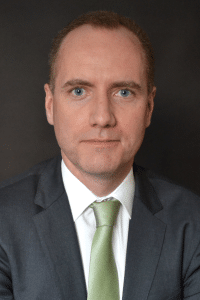 Richard Hughes, chairman of the Office for Budget Responsibility

Step forward Richard Hughes, the chairman of the Office for Budget Responsibility (OBR), who said yesterday that the impact of Brexit on the UK economy will be worse in the long run than even that of the pandemic.

That’s right …. the British government’s wilful mismanagement of the UK’s departure from Europe will wreak more financial chaos than one of the worst global health scares in the history of the planet.

You might think that Boris Johnson and his cronies must really have been pulling out all the stops to make as big a mess of leaving Europe as possible  … and you would be right.

According to Mr Hughes leaving the EU will reduce the UK’s potential GDP by about 4% in the long term. That compares with his forecast of a 2% GDP reduction caused by the pandemic.

“In the long term it is the case that Brexit has a bigger impact than the pandemic”, he said, after the OBR predicted the cost of living could rise at its fastest rate for 30 years, with suggestions that inflation could hit almost 5%.

Speaking after yesterday’s Westminster Budget, Mr Hughes said recent data was “broadly consistent”  with the OBR’s assumption that the leaving the EU would “reduce our long run GDP by around 4%”.

“We think that the effect of the pandemic will reduce that (GDP) output by a further 2%,” he added.

The full extent of the damage inflicted by Brexit is the result of a combination of various problems caused by leaving the EU which have become apparent since the trade arrangement negotiated by the British government came into effect on January 1 this year.

In the OBR’s latest report, the independent body said “supply bottlenecks had been exacerbated by changes in the migration and trading regimes following Brexit”

Brexit has played a significant role in the disruption of supply chains across the UK, being the biggest cause of the scarcity of lorry drivers which has resulted in food shortages for many supermarket customers.

In the OBR’s latest report, the independent body said “supply bottlenecks had been exacerbated by changes in the migration and trading regimes following Brexit”.

The problems have encouraged the government to grant short-term visas to EU workers across certain sectors, including the haulage industry.

Other problems caused by Brexit include collapsing British exports – and particularly Scottish exports – to the EU, fruit and vegetables left rotting in fields because of a shortage of seasonal farm workers, hotels and restaurants hit by a shortage of seasonal hospitality workers,  disruption to fuel supplies and disagreements over the Northern Ireland protocol designed to avoid a hard border with the Republic of Ireland.

More problems are on the horizon now that a major dispute has broken out between the UK and France over a Paris ban on British fishing  trade.  The row over post-Brexit rights to UK waters is even threatening the UK’s energy supply.

A spokesperson for Boris Johnson said the UK government would retaliate over what was a described as a potential breach of international law. A UK government spokesperson said: “France’s threats are disappointing and disproportionate, and not what we would expect from a close ally and partner.’’

The row escalated this morning with the news that a British trawler has been seized by France and another has been given a written warning.

The dispute comes at a sensitive time in the negotiations between Brussels and London over the post-Brexit arrangements for Northern Ireland. France has been consistently pushing the EU to take a stronger stance against the UK over its concerns that the UK government is breaching its obligations over post-Brexit fishing access to Channel waters.

A government spokesperson in Paris yesterday said France was now unilaterally drawing up a list of sanctions, claiming the UK and Jersey authorities had “introduced new conditions [on permits] not provided for in the trade and cooperation agreement”.

The spokesperson added: “Either this first series of measures leads to a dialogue about the licences, then that’s good. Or these measures do not lead to the deal being implemented and we will take other measures, including on the supply of electricity, for example.”

Brexit was by far the biggest factor which persuaded voters previously opposed to Scottish independence to switch to supporting the Yes case, according to a recent poll by Believe in Scotland. Sixty per cent of new Yes recruits attributed their change of heart to Scotland being dragged out of Europe against its will.