A video highlighting the economic facts – including that Scotland benefits to the tune of more than £2bn a year from EU membership – has already been viewed by more than 112,000 people.

BfS created the video because the reporting of the EU referendum in Scotland, and to a large extent the style of the official and party campaigns, have failed to inform the Scottish people of the very different impact a Brexit would have on Scotland compared to the UK as a whole.

The Scottish economy is more successful at exporting and attracting inward investment than the UK as whole, and so EU membership is more financially beneficial; ipso facto a Brexit would carry more economic pain for Scotland.

But despite this fact, the campaign in Scotland has seen the negative UK narrative around immigration  and scaremongering dominate, said BfS CEO Gordon MacIntyre-Kemp, and voters need to understand the unique economic benefits of EU membership to Scotland.

At 8.4% of the UK population Scotland receives 17.4% of the EU spending in the UK and our annual cost of membership is only around £97M a year, for which our economy benefits to the tune of more than £2bn a year.

Gordon MacIntyre-Kemp said: “We created a video based on our own research that shows the economic benefits to Scotland of EU membership and makes a positive case for Scotland to vote Remain on June 23rd.

“With three days to go to the vote, our video has generated more than 112,000 views on our Facebook and YouTube pages against our original target of 50,000, which demonstrates that Scottish voters have an appetite for the economic facts as pertaining to Scotland and we will be promoting the video to another 50,000 people in the last few days of the campaign.”

“It’s important to note that the EU plays an important role in redistributing the UK’s overly concentrated wealth and investment away from London and the South East, in particular to the regions and nations that suffer from the UK’s generational London and South East economic bias. If the UK were to vote for a Brexit then Scotland’s economy (and that of Northern Ireland and Wales) would require Westminster to replace the EU spending whilst simultaneously doing a trade deal that maintains full access to the Common Market.

“We believe a deal cannot be done in a way that would generate savings on the membership fee, and simultaneously curtail EU immigration and increase sovereignty.  Norway, for example, has to apply most EU trade rules and regulations, pays a levy to trade with the common market that amounts to 95% of the UK fee on a per head basis, and has immigration deals with the EU. Although this is a valid relationship with the EU, it does not meet the needs of and Brexit justifications of Leave campaigners.” 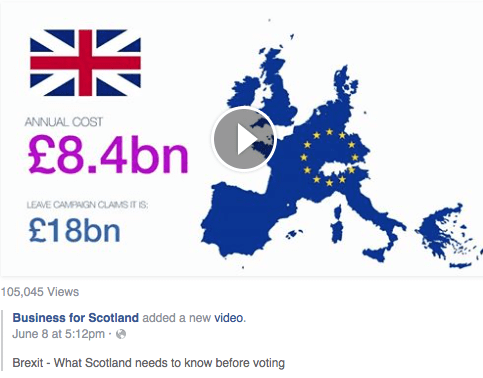 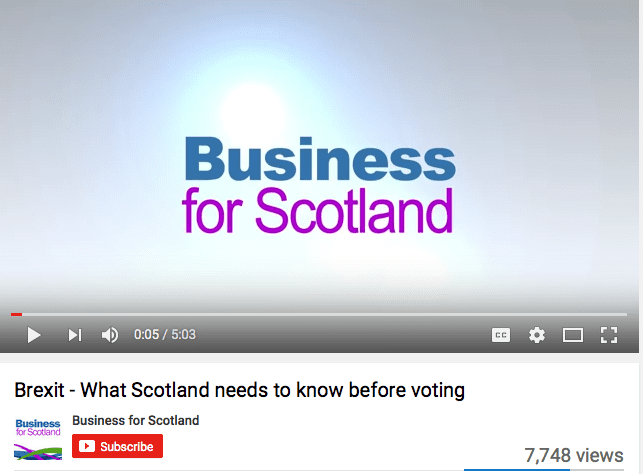