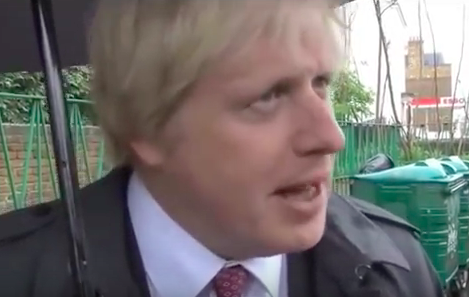 Watching last week’s Brexit Valentine’s Day speech by Boris Johnson I am sadly reminded of how much meaningless lazy rhetoric dominates political discourse and, I regret to say, wins votes.

Most people are not heavily engaged with politics and so only have time for soundbites and slogans which they can check against their predetermined political stances. If the rhetoric matches they are more likely to believe everything else that politician says thus negating the need for facts to back up the claims. Politics relies on this self-boxing process – people defining themselves as “left” and “right” for example – and then all politicians need to do is trigger emotional responses to get their votes out.

Ronald Reagan was the master of simple rhetoric, so much so that some people thought he wasn’t that smart, but his mantra was “if a politician is explaining he is losing”. Reagan rode a natural economic upturn then won an election by simply saying: “It’s morning again in America.”

A good example is Boris Johnson’s “let’s give it to the NHS instead” – emotional trigger duly squeezed. An example of explaining and not selling was Nicola Sturgeon first announcing then backing away from a new independence referendum in the 2017 snap election. This meant the SNP base wasn’t emotionally engaged and a lacklustre campaign followed. Ruth Davidson’s “No to another divisive referendum” was a good example, and with no opposing rhetoric to face it down it was highly effective.

Now I am not saying that Davidson, Johnson and Reagan are good politicians, good grief no. They are/were awful. Sloganeering works best when you don’t have to lead a nation. To them, politics is just lazy rhetoric without real policies or real responsibility.

Theresa May is doing awfully, but frankly its an impossible job. Nicola Sturgeon is doing a fairly good job and frankly, on independence, she has a much harder task than Alex Salmond. Salmond won a majority and that triggered a referendum and the die was cast. Sturgeon also has the complexity of not knowing the detail of the final Brexit arrangement – for only then will the borders, immigration and economic impact of Brexit become clear without detailed explanation and multiple caveats.

Hence why I have always said a 2018 referendum is a no-go unless the Brexit talks break down completely, but 2019 (prior to the actual Brexit) is more likely. The FM also has to deal with the negative issue that Yes has already lost a referendum, but the positive issue that independence is now almost 10 per cent more popular than the SNP. This, however, means that a fully SNP-led campaign wouldn’t be wise. There is also the added problem that the majority of people will only accept a new referendum when it’s obvious to them that Brexit has changed everything, thus ethically and democratically justifying a new independence referendum, and so it will be a short campaign.

One nice and easy piece of rhetoric, is that “Scotland doesn’t need any new powers as the Scottish Government isn’t even using the powers it has already”. The trouble is that policy areas are often interlinked, and devolved powers overlap with retained ones so you often need a whole range of powers to make real progress, and the Scottish Government doesn’t have that. This is the trap that is devolution, and why I was the only voice that argued for the Scottish Government to reject the powers in the Smith Commission because they were not wide ranging enough and the fiscal traps contained within were toxic.

I spend a fair bit of time giving evidence to parliaments, completing consultations and seeking to convince ministers to change policies for the betterment of Scotland’s economy (predominantly for our SME business base). The biggest problem I see is that not only does every policy area have restrictions due to reserved powers but the piecemeal nature of devolution means that the laws are so poorly written that it’s not always clear to the civil servants advising ministers what powers they actually have. In one tax-related issue Business for Scotland (BfS) is investigating, our team of leading academics, accountants and lawyers has found a power that the Scottish Government doesn’t know it has. Devolution works on the basis that everything is devolved unless explicitly retained, and no-one thought to specifically retain this power, as no-one had thought of the policy before.

On the flip side, at a recent consultation on the Scottish Investment Bank (SIB) I witnessed various pressure groups calling for the focus to be investing in renewables generation, infrastructure (roads and bridges), broadband and communications, entrepreneurship, R&D, social housing and, well, the list goes on.

All worthy areas for investment focus but the SIB, despite being a great idea that BfS has pressed for, will only have £350 million to invest in its first year. We still don’t yet know if it will be able to hold over unspent budget, and it can’t borrow to invest or issue Scottish Government-backed bonds to raise the funds needed to address the financial market failures created by an overly centralised UK where all investment flows south. The SIB needs billions that it can only raise with all the interconnected powers that come with independence.

Devolution is better than no devolution. It allows some mitigation of Westminster mistakes (within financial limitations) and it also allows a lot of small progressive policies, ranging from baby boxes to tuition fees and free bus passes for the elderly and minor tweaks to tax bands.

However, limited devolution is a deliberate restriction on progressive and radical ambitions politics. It contains traps to limit policy divergence with the rest of the UK, whilst giving the impression that it’s encouraging it.